The Purple Reign ended today. It’s a shock to fans of Prince that someone so funky and seemingly full of life could die so young (he was 57, but looked ageless, as always). It’s tragic and it’ll be awhile before we know the full story of what happened. But out of tragedy we’re reminded about one of the great things about living in New York City: We really know how to respond to losing a musical hero. Prince tributes, dance parties, Purple Rain screenings, bike rides and other appreciations are already being planned around the city. We’ve started collecting them here: we’ll keep updating this post as more come in over the next few days so stay tuned.

RIP PRINCE. So sad. I made these FOOT PRINCE stickers a few years ago. I’ve got thousands of them. I believe nows a good time to release them into the world. Stop by either Vinnie’s tomorrow, we’ll be handing them out for free so that you can show your Prince Pride. #ripprince #vinniesbrooklyn #williamsburg #greenpoint

As shown above, delicious and pop culture pun-loving pizzeria Vinnie’s has “thousands” of these “Foot Prince” stickers to hand out for free at both locations.

For The Teenage Guide to Popularity’s next edition of Music Video Ping-Pong, they will be projecting a Prince-centered set with every music video we can get our hands on. Kevin Alvir will be drawing live portraits. 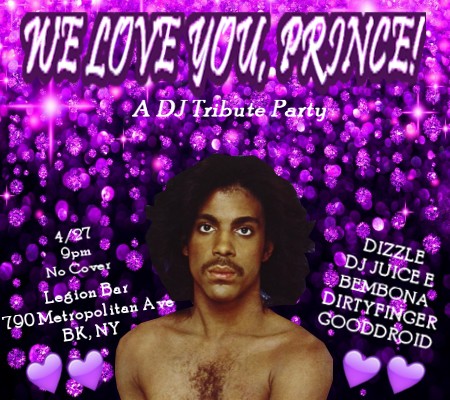 Catch Prince’s Purple Rain April 29-30 and Under the Cherry Moon on May 6-7 at the IFC theater. More details here.

Because of the way Prince exerted control over his catalog, he’s sometimes been a hard artist to explore, but the Brothers Gloom have done the legwork for you and they’ll be bringing you his best, all night long. Expect dancing, special guest DJs and other activities exploring Prince’s entire body of work. Wear purple! 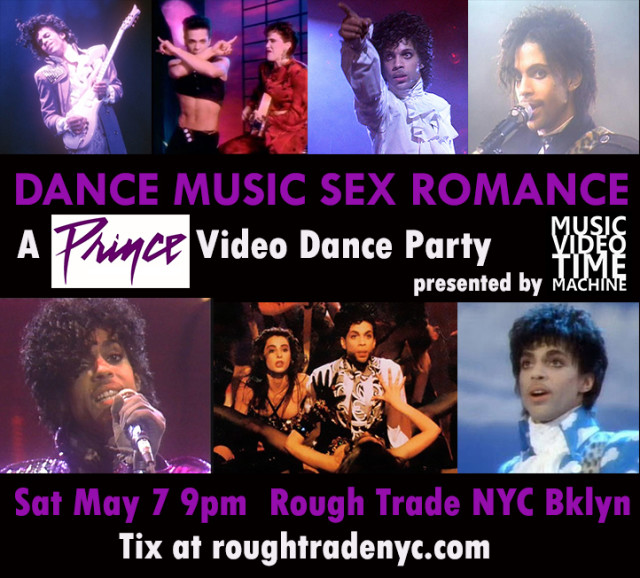 Come hail the purple reign of His Royal Badness with Prince’s funkiest music videos on the dance floor all night. The people who brought you the PRETTY IN PINK 30th Anniversary Dance Party invite you to join us as we kiss, cream, gett off, go crazy —and even Batdance.

We’ll add more as they come in so check back!