If there’s one thing that New Yorkers can agree on, it’s a shared hatred of the MTA. Be it the heat, the delays, the sheer number of people crammed together, complaining about the subway is the great New York pastime. But what do other people think about the MTA? When preparing for a visit to our fine city, how are tourists warned? What do they expect? Why, sometimes do we see tourists with wide eyes, giddy at our nightmarish transportation system, and at other times we see them clenching all their belongings and looking ready to jump out from between the cars? To get to the bottom of things, we set out to see the subway from the other side, to take a walk in the shoes of a tourist visiting New York. The following is a collection of the best, worst and most hilarious advice from New York travel guides about the subway system we know and, well, know.

From Fodor’s to NFT to Lonely Planet, virtually all New York guides have one thing in common: They want you to love the hell out of this city and, with it, our urine-soaked transportation system. As Not for Tourists puts it, the subway is “a cultural experience in and of itself.” Fodor’s, likewise, puts a gritty, Just Kids twist on our daily nightmare, confidently reassuring readers, “train floors are sticky, stations are sweltering in summer, and platforms are grimy year-round, but this all just adds to the ‘charm’ of riding on a system that is more than 100 years old.” Or there’s Frommer’s Easyguide‘s take: “there are few better places to feel the intense energy of this always-on-the-go metropolis.” “Watch the show,” says Brooklyn Experience, “as the Q or B train cross the Manhattan Bridge, you might see kids break-dancing or doing the ‘Flex in Brooklyn’” [author’s note: That is not a thing, it’s called “Showtime”]. And, as Frommer’s goes on to say, “the people-watching is primo, too, and some of the musicians who perform underground are darn good, meaning you get a show with your ride.” So the next time you’re feeling pissed off at your morning commute, just remember that you’re engaging in a cultural experience, an underground “Sleep No More,” if you will. And please, if you’ve heard otherwise before picking up your New York guide, you can ignore that. Our fine system is “cleaner and safer than it has been in decades” promises Time Out’s Guide to New York; “despite reports to the contrary, subways are considered fairly clean and safe,” swears Insider Guides; “don’t be afraid of the subways!” pleads Frommer’s. Yes, amidst the adoration, our guests are evidently receiving a large helping of “no, come on, it’s not that bad.”

Of course, some fear of New York’s dark, transportation underbelly is still appropriate, right? As in this hellscape laid out by Fodor’s: “Homeless people sometimes take refuge from the elements by riding the trains, and panhandlers head there for a captive audience. Although trains usually run frequently, especially during rush hours, you never know when some incident somewhere on the line may stall traffic. In addition, subway construction sometimes causes delays or limitation of service, especially on weekends.” And then there are the more tempered and all-too-true hazards: “Subway broadcast announcements are never clear,” says The Brooklyn Experience; The whole system is “confusing to the uninitiated,” says Lonely Planet.

Then, there’s the advice, much of it terrible like this one nobody asked Fodor’s for: “If you’re not pressed for time, take a public bus.” Or the advice that it’s hard to believe anyone needed explained, from The Brooklyn Experience: “Not all ‘downtown trains’ go to Brooklyn.” Or even the advice that I wish Fodor‘s would stop giving immediately: “It can be a little intimidating at first, but other riders are generally more than happy to help you figure out your best route; they’ll also help you decode loudspeaker announcements that can be difficult to understand on all but the newest trains.”

Below, some of the futuristic creatures tourists can expect to hastily and courteously provide accurate directions.

It’s not all bad advice, though. In fact, there’s plenty that I wish somebody would give my fellow New Yorkers. Like, “Keep bags on your lap,” courtesy of Brooklyn Explorer. Or this slew of gems from Lonely Planet: “Have your MetroCard ready before you go through the gate;” “Stand to the side of the train doors and wait for passengers to exit before boarding;” “On escalators, stand on the right hand side or use the left if you want to walk.” Now, did anyone hear that advice? Doesn’t seem like it. But thank you, Lonely Planet, for trying.

Lastly, the most disturbing fact uncovered in this investigation was the existence of one oddly erotic guide entitled In Love in New York: A guide to the most romantic destinations in the greatest city in the world. In Love guides its readers on romantic adventures within the city, but along the way it also just about encourages them to personify and then objectify the New York City subway. “Apologies to fans of Select Bus Service and devotees of the crosstown routes,” it reads, “but the sexiest mode of transit in the MTA’s arsenal is without a doubt the subway.” The guide then breaks down the sexiest routes, starting, obviously, with the L: “The L travels through several neighborhoods populated by hip young people — Greenpoint and Williamsburg, in Brooklyn, the East Village, and Chelsea — which accounts for the prettiness factor of its ridership. L riders put work into their image, and it shows.” Another especially fuckable train, apparently, is our hometown hero the G: “A short train with an unpredictable schedule and a small but loyal team of subscribers, the G is the subway equivalent of being a regular at an obscure, old-school neighborhood bar. If you’re one of the crow—a mix of Brooklyn and Queens neighborhoods, with hipsters from Greenpoint to Red Hook — the seats will start to feel like your favorite booth in the back.” Mmmmmm. Nothing like waiting for the late-night mid-route transfer at Bedford-Nostrand to prepare for some sexual healing.

So, what exactly are our travel guides teaching tourists about the New York subway? That it’s a charming, fuckable hellscape that isn’t as bad as you’ve heard but oh my god look behind you — where locals are happy to stop whatever they’re doing to help you find your way as long as you step aside so they can enjoy a good “flex in Brooklyn.”

This article has been edited and updated, originally published in 2017. 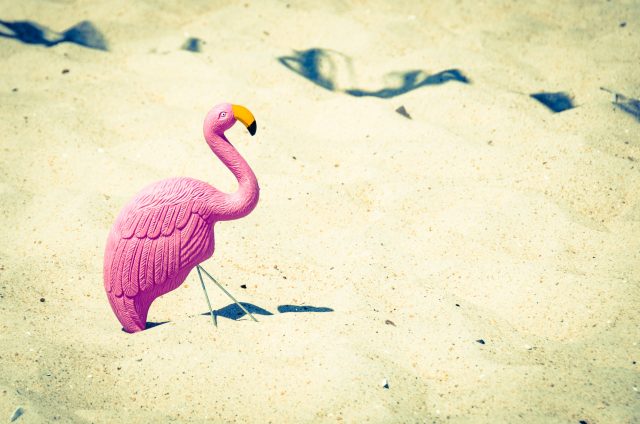 40 free or cheap things you can do before summer ends