I was hit by a car today. Lightly, but it was still scary because it could have been a lot worse. A livery car driver decided he just had to pull over when I was next to him, so without checking his mirror, he pulled over right into me. Maybe I wouldn’t mind, but I was hit by a car two years ago. And have had close calls since then.

The picture? That’s from when I wasn’t lucky enough to get hit by a slow-moving car, and got to learn the joys of not being able to bathe myself, not being able to walk and then spending months learning how to do those things again. So, in the interest of my own desire to keep living and not being paralyzed, here are some tips to drivers on how not to kill me with your cars, since my experience and this study about pedestrian collisions show you don’t know how to do that.

1. Pay attention. Just fucking pay attention. Wanna pull over to the curb? Use your goddamn mirror, and signal, instead of just drifting your way over and assuming I’m a mind reader who knows what you’re about to do. Double parked and pulling out without looking? Jesus Christ, don’t do that, because that’s what caused that picture above to happen. Remember, that you’re in control of a two-ton machine capable of snuffing someone’s life out at any second. The person riding bike next to you on the street, i.e., me? You might be surprised to learn I don’t suddenly sprout armor when you come speeding at me. All I do is slide thirty feet on the asphalt and bleed all over your fender and the street.

2. Want to drive or park in the bike lane? Here’s a good idea: don’t. You have an entire street. We have a 10-inch strip that’s theoretically meant to keep us out of your business. So why, after narrowly avoiding breaking more bones thanks to a livery cab driver, did I see a yellow cab decide to cruise down the Grand Street bike lane as if he’d miraculously discovered a second lane in the street?  Because he’s a sociopath, presumably. The bike lane is not for cars. It’s not a place to park. That’s why it’s called a “bike lane” and not a car lane. Or a parking lot. Parking there forces me into the busy street where more lunatics drive and increase the odds that I end up with another ridiculous scar on my back.

3. Put bumpers on your car. Yeah, you already have a bumper, except it’s actually a fender. I’m talking bumpers like in bumper bowling. Because you’re clearly not going to stop trying to murder me, so how about putting something soft on the outside of your vehicle so that when you do hit me I just bounce off your car relatively unscathed instead of really, really, traumatically scathed and spend months trying to learn how to walk again.

4. Stop driving your goddamn car. It must be tough to be a driver in Brooklyn. Because apparently when you get behind the wheel of a car, you turn into a complete sociopath, and a blind one at that. How else to explain the fact that a new study shows 44 percent of pedestrians struck by cars are hit in crosswalks? And that hit-and-runs are still a common occurrence? And that you honk at each other when there’a a dead body in the middle of the street and the police are trying to clean it up? It’s beautiful out, and you’re probably driving two miles. Walk to a subway station, or just walk where you want to go. Oooh, or get a bike. Bikes are great and keep you in shape.

5. In fact, just burn your car. If you don’t do it, I will. I swear, I will have vengeance. I’ll spend the next ten years training like fucking Batman just so I can come swoop in the dead of night and destroy the two-ton deathmobile that you use so carelessly.

These aren’t that hard to do. I know, because I’ve driven a car before and I didn’t murder anyone. So stop fucking hitting me with your cars. I don’t know you and haven’t done anything to you. Stop. Hitting me. With your car you. You evil motherfuckers. 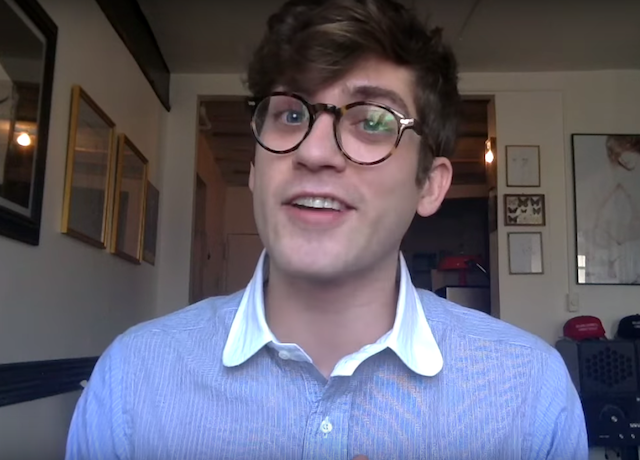 The art world is constantly in flux, and New York is perhaps the most representative sampling of its changing humors. With all our alt-comedy, off-off-off […] 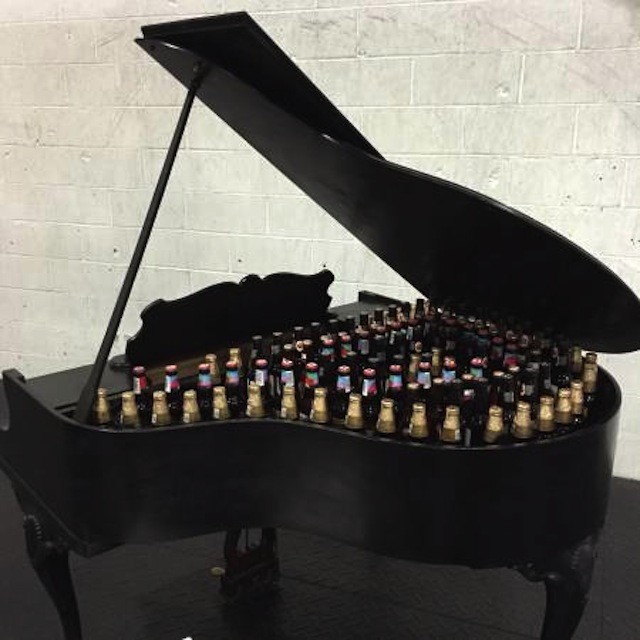 The keys to happiness: a free ‘party’ piano that you can literally fill with beer

Holiday party season is upon us. Between Halloween, Thanksgiving, Christmas and all those Jewish ones, competition runs especially high for house parties this […]