Last month, to commemorate their latest bipartisan triumph – a tax reform bill that will bankrupt vital social services in order to subsidize wealthy individuals and large corporations – Senate minority leader Chuck Schumer gifted his Republican counterpart Mitch McConnell a bottle of 10-year Widow Jane Bourbon. Speaking at the McConnell Center at the University of Louisville, Schumer said, with great satisfaction, ”it turns out Brooklyn, where I was born, raised and proudly live, makes some of the best bourbon in the world.”

Unfortunately, the particular bottle he presented for the occasion was not made in Brooklyn. It was distilled in McConnell’s home state of Kentucky. Though Widow Jane ages it’s products in a facility in Red Hook, only a few are actually distilled there.

Senator Schumer seems to have fallen for some crafty marketing here. He said in his speech that the water used to produce the gift whiskey was, “filtered through the same limestone that was used to build some of New York’s iconic structures, from the Brooklyn Bridge to the Statue of Liberty,” a claim that came directly off the label. Right under where it says “Aged 10 years in American Oak” it says “Pure limestone mineral water from the Widow Jane mine – Rosendale, NY.” But The Century House Historical Society, which owns the Widow Jane Mine on the Snyder Estate in Rosendale, stated in 2013 that it “has no commercial relationship with…Widow Jane whiskey, and CHHS does not benefit in any way from the sales of this product.” Furthermore, “water was not supplied by the historical society from the Widow Jane Mine for this endeavor.”

All of this, of course, was lost on Senate Majority Leader McConnell, who had rejected the gift outright because, “you can’t make bourbon in Brooklyn.” McConnell’s thinking here seems to be influenced by the lie that people who pretend to know things about bourbon tell their friends – that all bourbon legally has to be distilled in the State of Kentucky. Contrary to what some Kentuckians would have you believe, there is a great deal of whiskey variety in Brooklyn. It’s worth tasting around to see what you like, unless you’re a sitting senator.

It seems like everybody involved could use a roundup of our favorite Brooklyn distilleries, so here you are: Kings County Distillery is New York City’s oldest; the first to get a license to distill alcohol in New York City post-prohibition. They have stayed close to their roots – growing their grains on site at their facility at the Brooklyn Navy Yard. A recent open letter to Chuck Schumer invited the senator to tour the facility. If Schumer finds himself in the mood for a surprising local treat, he ought to try the Chocolate Whiskey: moonshine infused with cacao bean husks from Williamsburg’s Mast Brothers Chocolate. But truthfully, his time would be better spent working on the passage of a clean DREAM ACT.

When Van Brunt Stillhouse won a 2018 Good Food Award for their bourbon, they commented “it’s really Thor Ochsner who deserves the award. Good corn = good whiskey.” Ochsner is the Ithaca, NY based farmer who grows the corn and rye that makes up 90% of the Van Brunt Stillhouse bourbon mash. The bartenders at their tasting room – which is open Thursday & Friday from 4-9, Saturday from 2-9 and Sunday from 2-6 – mix some pretty damn good cocktails, including The Battery Tunnel, made with Van Brunt’s Due North Rum and mole bitters.

From the start, Sasha Selimotic and Taras Hrabowsky have been distilling with the wormwood that grows on their family farm in upstate New York. At first, they made a potent absinthe that their friends were too polite to refuse at house parties. But now, with years of distilling experience under their belts, the duo drives carloads of wormwood downstate to their distillery in Bushwick to produce a rye whiskey with soft chocolatey and woody notes, enhanced by the presence of the bitter herb. The mythic “trippy” qualities of wormwood are overblown (and political), but the Standard Wormwood Rye arguably gives you a lucid feeling when you drink it. And even if you disagree, it tastes great anyway.

Though some may know Breukelen Distilling as the first New York City gin distiller post-prohibition, their whiskeys are milled, distilled and aged in-house in Industry City in Sunset Park. The Local Corn & Rye, a rye heavy mash aged in American Oak, is reminiscent of a gin in its vanilla texture and herbaceous notes, and it is a perfect rye for an old-fashioned.

All the NY Distilling Co. products pay homage to 19th and early 20th century drinking culture in New York City. Dorothy Parker Gin is a navy strength (114 proof) gin you can feel in your toenails. Ragtime Rye is made with New York State grains and goes well with some Fats Waller on your phonograph player. Master Katz’s Rock & Rye is a sweet homage to a drink you might buy with a malted milkshake at an old timey soda bar. The whole line points to a New York City style as unique and special as Kentucky Bourbon.

In October 2017, NY Distilling Co. was one of six craft distillers – with Coppersea, Tuthilltown, Black Button Distilling, Kings County Distillery and Finger Lakes Distilling – that came together to create the Empire Rye Whiskey designation. Just like Kentucky Bourbon, Empire Ryes must conform to certain rules, including a requirement that at least 75% of the mash is made from New York State rye. 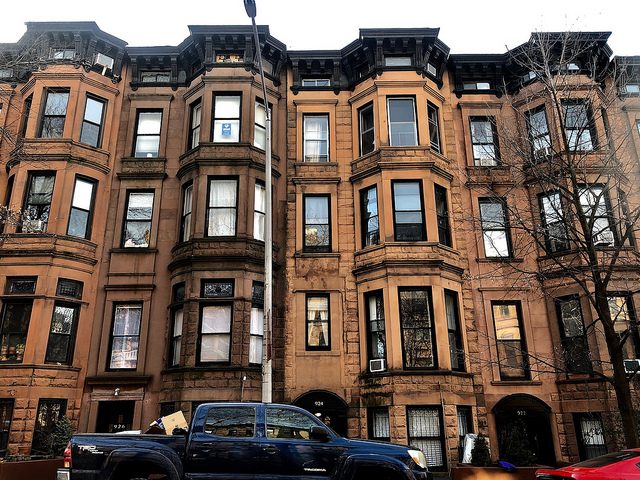