In 2018, tenants in approximately 19,000 NYC apartments attended housing court and faced eviction according to a recent study released by the city. That’s a 37 percent decrease from the 29,000 NYC evictions in 2013. What caused the decline?

In 2017 the city ratified the Universal Access Law to provide no-cost legal assistance and in the first full year since its implementation 21,955 residents facing eviction were able to remain in their homes and over 87,000 NYC residents received free legal services. Funding for tenant legal assistance from the city increased from $6 million in 2013 to $104 million today.

Tenants with access to a lawyer rose from 1% to 30% and evictions went down. Imagine what we can do if we provide access to an attorney to 100% of tenants?#TenantTuesdayhttps://t.co/oKSkO3bAwg

Evictions may be on the decline but hotspots in vulnerable neighborhoods like the South Bronx and East New York still exist.

The City recently passed a law extending rent-stabilization in New York City until 2021 and called for the State to extend rent-control beyond 2018.

To combat construction as harassment, the City passed a law, which created a Certificate of No Harassment (CONH) pilot program. The program requires landlords obtain a CONH before starting construction in a pilot program building, which includes buildings in City-sponsored rezoning.

The City also passed a law creating the Speculation Watch List. The Watch List is a publicly available list of rent-regulated buildings where, based on several factors, tenants may be at risk of being displaced, and which may be prioritized for City preservation programs or initiatives. 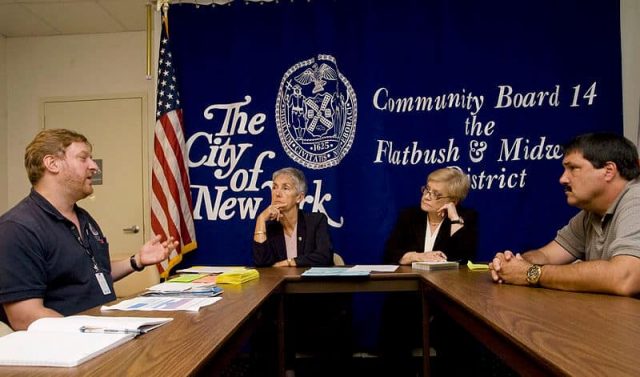 The world is falling apart but change still starts on the most local level. This is why you should sit through your community board’s meetings.