Beards! People are fascinated by them, many folks throughout history have grown them. Maybe even you have one, and you’re thinking you should get around to shaving because it’s so freaking hot out. Before you do that though, consider how long it takes you to grow something weird and award-worthy, because glory and a trophy fez await you at the upcoming Coney Island Beard and Moustache Competition.

The search for Brooklyn’s baddest beard (and also moustache) goes down on September 5 at Sideshows by the Seashore (1208 Surf Avenue), which is the kind of place you’d expect to find a bunch of people fighting over whose facial hair in pursuit of a novelty fez. Not that we think that’s a bad way to spend your time, far from it.

Beard-havers can compete in the following categories for facial hair supremacy, with winners getting the glory of knowing for at least a year they reign supreme in the facial hair world: The Brass Ring (bet beard), Coney Island Curl (best styled moustache), Moustachio Marvel (best natural moustache), Ballyhoo Beard (styled beard), Man or Beast (natural beard), Hokum and Hoodwinked (best fake facial hair), Come Out To Play (best team facial hair) and Carny Trash (worst facial hair). Nice of them to allow for terrible patchy beards, for people who aren’t blessed with the ability to grow anything worth talking about.

Of course, it’ll run you $20 to enter (or attend) the competition, which will keep all but the most dedicated beard and moustache growers from throwing their hair in the ring. And that even extends to fake beards, because look at the lengths people went to last year: 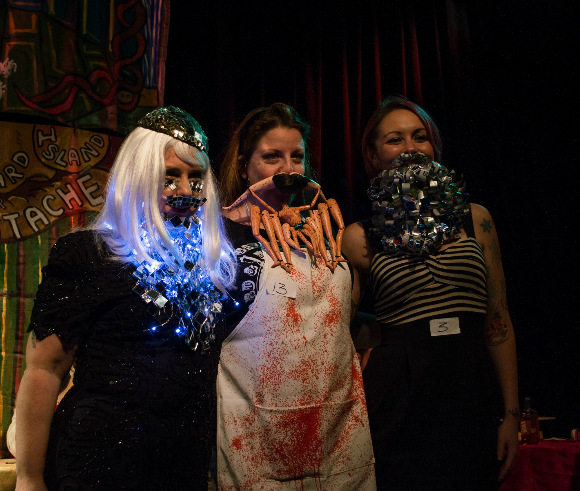 So if you’re not intimidated by that, snag your tickets here and remember: no secretly shaving off competitors beards while the judges aren’t looking.