The branding of Brooklyn and rise of New York as a playground for the rich have led to a long list of deeply deplorable t-shirts and retail products. From Biggie to BK, corporations have taken great liberties with repurposing community-based and hyper-local images like the late great rapper or the BQE solely in the name of making more money. There’s nothing inherently wrong with repping Brooklyn, of course, but as the borough’s international image has grown, become trendy in France and prohibitively expensive back home, the number of transplanted torsos adorned with tees referencing various pieces of borough infrastructure and generally hyping Kings County has gotten out of control. New York may be a tourist attraction, but Brooklyn is first and foremost a home and community. There are plenty of infinitely worse things to do than rep a place you visited once with a chain store’s attempt at cashing in on gentrification, but it’s still gross and all too common.

The shirt in question in this article, however, walks a thin line between cute and deplorable. It’s not prohibitively expensive, being sold as a replacement for a longstanding local institution, being modeled by Karlie Kloss, or being hawked by Urban Outfitters. That said, at $17 it ain’t cheap, the seller is called “Funny Hipster Tees” and it doesn’t use an article before “bodega cat,” which could be viewed as playing into the twee cuteness of the shirt’s concept, or simply as a grammatical screwup (it would’ve been easy enough for it to read “The bodega cat is my spirit animal,” or “My spirit animal is the bodega cat,” but no, it had to be [sic]).

Also notable when determining this shirt’s deplorability is the fact that the Reddit user, SuperCoolClothing, who surfaced the shirt, caption the post “This might be the most Brooklyn shirt ever made,” which it definitely isn’t. SuperCoolClothing has also previously posted this “I’d rather die in Brooklyn than live in Queens,” shirt, which is actually really funny and not nearly as arguably deplorable if worn on the right person.

Certainly in a steel cage t-shirt death match with this bodega cat tee pitted against this Brokelyn certified worst shirt of the year, the bodega cat tee would win in terms of not being horrible. Still though, just because there are worse articles of clothing out there doesn’t mean this one is necessarily acceptable.

So, Brooklynites, what say you? Does this shirt make you want to vomit,  would you even dare wear it in public, or does it not really register emotionally? Vote below.

While I just spent an entire article laying out the pros and cons of the shirt, I will admit that my initial reaction to this tee was disgust, and it was only over time I came to feel it had enough merit to put it to a vote. 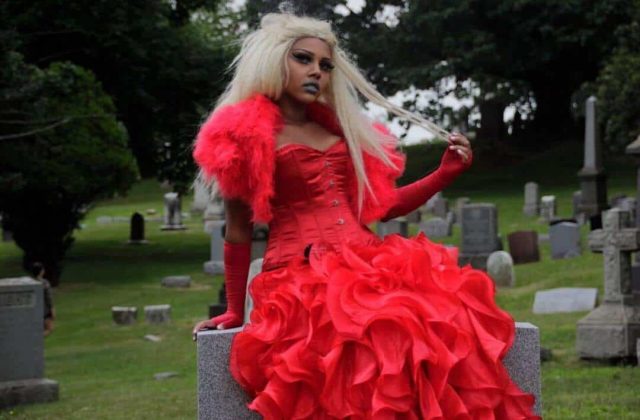