So I know that outdoor movies, outdoor movies and yeah, outdoor movies, are already giving this summer a run for its money. But if you’re looking for a little higher-brow cinema to kick off your lazy June daze, consider this kick-ass event coming to the Brooklyn Museum. On Sunday, June 1, the Brooklyn Symphony Orchestra is going to do that thing you always wanted for your own dating life: they’ll be performing a live soundtrack for a romance film.

Last Night’s Symphonie, a new film by NY-based director Adam Grannick, is a visual re-imagination of French composer Berlioz’ Symphonie Fantastique. And since we all know that classical music is just veiled sexual innuendo, it’s no surprise that the director interpreted the piece to be about “a young man who enjoys a wild night on the town with an adventurous young woman, only to face the consequences once the fantasy ends and reality kicks in”. (Nick and Norah, anyone?)

The film is set in Brooklyn and (booooooo, hissssss) Manhattan, but mostly in Brooklyn. So maybe you’ll catch a glimpse of your house in the backdrop of some steamy makeout scenes. The BSO’s even throwing in a little Romeo and Juliet to keep you in the spirit of things, courtesy of Prokofiev.

Tickets aren’t that bad at $18, but there’s a discount code for $15 tickets (and no service fee!) to sweeten the deal. It expires halfway through the month of May, so make sure to get yourself one soon by entering [email protected] at the checkout. Brooklyn Museum members and seniors can get $10 tickets to the show regardless.

There’s a Q&A with the filmmaker after the show, so you can ask him what he thinks of all those other New-York-at-night flicks that so skillfully play on our heartstrings. Caveat: June 1st is your only chance to catch this event. Can’t make it? Stay tuned anyway on the project’s Facebook or Twitter pages, in case there’s another version in the future. And hey, there’s always First Saturdays as a consolation prize. 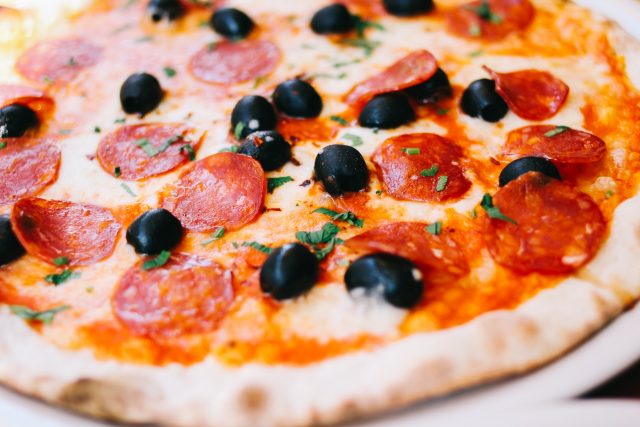 An exercise in gluttony.