So hey, remember when Beyonce trapped that screaming woman atop the Wonder Wheel, and no one really did anything because Bey is as close as America’s going to get to having royalty? The fruits of that woman’s terrifying ordeal are here, in the above video for “XO,” which is not about tic-tac-toe but about love. And despite being shot by awful creep Terry Richardson, the video brings out a magical feeling felt by anyone who’s spent a day at Coney Island (except for King Koopa, maybe). Bey rode some bumper cars and the Cyclone, saw some fireworks and danced on the skeeball machines. All but that last one are familiar to all of us, and we also get a reminder that no matter how rich you are, you could still be afraid of roller coasters. 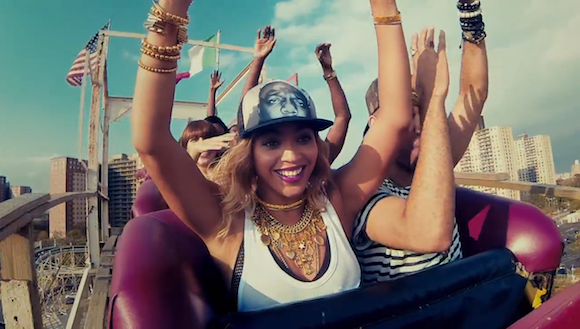