President Obama (god, that feels good) held his last press conference yesterday, and it may be the last of those we have in a while, considering who’s coming in to replace him. Many of us watched glassy-eyed as the POTUS made his final address to the nation last week. Some of us teared up. Some of us broke down. And some of us sang tributes to Obama to the tune of “On my Own” from Les Misérables.

Or maybe that last one was just Brooklyn-based comedian Marybess Pritchett. In the video above, titled “Please Don’t Go” and sung to the tune of Éponine’s “On My Own,” Pritchett eulogizes Obama and shares her fears for the future after him.

“Without him, the world around me changes/
It’s not fair, get out of there, your house is full of racists!”

If you’ve never seen Les Mis (for shame) then the reference may take a minute to catch up to, but here’s the original song from the musical. It’s sung by the inn owner’s destitute daughter when she discovers that the man she loves has eyes for someone else.

In light of today’s news that the Trump administration may eliminate the National Endowment for the Arts, it’s an especially timely tribute to the soon-to-be ex-President, whose administration welcomed creative expression of all forms, and during whose term we saw musical theatre break new ground with Hamilton’s rise to Broadway fame.

We echo Pritchett’s sentiments: we love Obama / but this election’s over, so we hope at least the Biden memes live on to torture Trump for the next four years. 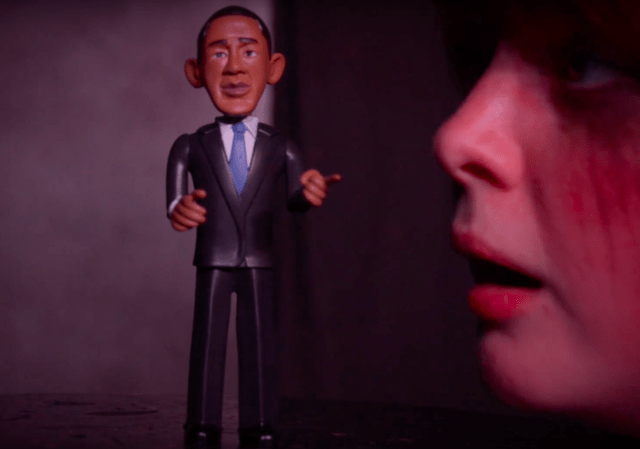