In Williamsburg, where I live, it’s hard to find someone to cut your hair for less than $60 who doesn’t make you look like an eastern European club kid circa 1993. And so, when assigned to check out the $10 haircuts at Empire Beauty School in Bensonhurst, I was willing, if not exactly eager. At least it wouldn’t be any worse than what I could give myself.

No styling skills are required for admission to Empire, which is one of the area academies where future hairdressers must toil for seven to 16 months before taking the New York State licensing exam. The school offers the public $10 practice cuts by pupils with little and possibly no experience, which was evident when I checked in for my appointment and was randomly assigned to a student who stared at me with a look of fear. That probably should have been my first clue that things weren’t going to go well.

I had come prepared with a Flickr photo of the haircut I wanted: a simple bob that I thought would be easy to replicate. My student-hairdresser shampooed my hair, combed it out straight and awkwardly took her scissors and cut one line all around the bottom of my hair. Add another line around my face for my bangs and she was done, or so she thought.

As she started to blow dry my hair with the force of someone who didn’t have experience working on actual human heads, my hair started to take an odd form. One side was at least two inches shorter than the other and the ends stood out, making my head look like a triangle block. My bangs looked weird too, suddenly stretching around half my head and clumping together in a strange way. My student-hairdresser looked confused at the way my hair had turned out and suggested that she flat-iron it as though that would fix my strange cut.

I was trying my best to hide my nervousness, but this was beginning to look bad. I’m not someone who is particularly picky about haircuts and I’ve definitely had a few embarrassing hairdos hidden in my past but this wasn’t some intentionally asymmetrical hair style, this was just bad. My student-hairdresser rushed over to the instructor, a woman named Miss B., who looked at my head and started to scream.

Apparently, that whole cut-around-like-a-line business isn’t how you’re supposed to cut hair—you know, resulting in the choppy triangle-shape that was now on my head. I wondered to myself that if a student-hairdresser doesn’t know the basics of cutting hair to the point where an instructor is yelling at her in front of everyone, why is she even taking clients? But there was something more important on hand: my vanity.

Miss. B. fixed what she could, getting rid of the triangle shape and showing the student-hairdresser how to get rid of some of the unevenness. As much as Miss B. tried, I still knew it wasn’t going to look great.

There were other clients in the salon and they left with nice enough hairdos, so I think my experience probably wasn’t the norm. I left with a $10 haircut that looks like a $10 haircut—or like something a handy friend gave me. When I asked some friends later that night what they thought, they simply replied that despite some unevenness, it was “fine.”

And so it is. Instead of spending more money to fix my hair, I’m just going to let it grow out until I figure out where to get my next cheap haircut, which won’t be at Empire. Maybe I’ll just ask a friend. 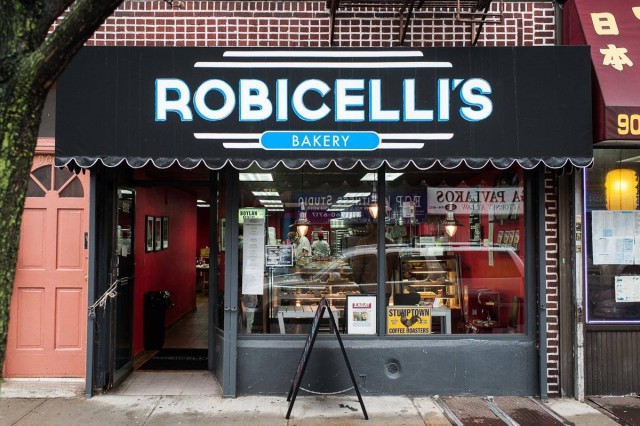