This is 2016, so of course there’s now an app specifically for enjoying a public park. The Prospect Park Alliance has just released its free “Prospect Park” in the App Store to help folks explore, understand and appreciate the park.

Staring at your phone while you walk doesn’t exactly like the best way to appreciate, or stay safe in, a public park. But the app functions mostly as a map, and if you’ve ever tried to meet up with friends in Prospect Park, you know that a detailed schema of the park can be surprisingly necessary. Plus, it’s way more comprehensive than Google or Apple maps, so you can actually look for the “Fallkill Falls and Pool” instead of “that one place with the trees near the water?”

The app also has filters for bathrooms, entrances, monuments and all-important food stands, so you don’t have to wander through the greenery unsure if you’ll ever eat again.

Plus, because life is a video game now, the map has a sidebar measuring how much of the park you’ve been to, how many “regions” you’ve visited and how many miles you’ve walked in the park, and you can use those to win badges — plus actual physical schwag from the Prospect Park Alliance!

Besides its interactive map, the app also gives you news about the park and its upcoming events, ways to donate to and get involved with the Alliance, trivia, games and more. There’s a bird and tree-spotting game (though all you have to do to claim something as spotted is click a button that says “Spot it!” so there’s really no accountability), a guided tour of landmarks from the Battle of Brooklyn, and ample trivia about historic arches.

How many entrances/exits does the Meadowport Arch have? How many gray, concrete rectangles can be found in the Cleft Ridge Arch? These questions and more remain unanswered until you, reader, start using the app and collecting park trivia badges. You can later brag to all of your friends that you have the highest Prospect Park arch trivia ranking in all of Brooklyn!

Arch-expertise aside, the free app is out now for iPhones and Androids. Like it or spike it, at least it’ll never be as obnoxious as that dating app for Pokémon Go. 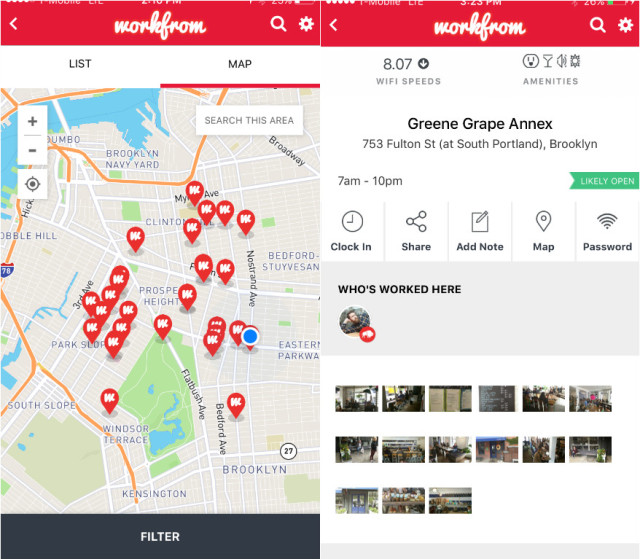 There’s a new app that tells you how to cowork in NYC, but not how to be a decent human

One of the singular phenomena of the modern age has been the exponential growth of the freelance workforce. Over the past decade they’ve come […]