Once upon a time, MakerBot Industries was the darling of the Brooklyn start-up world. I’d know, because I worked there.

The company this week announced its productions are being outsourced to China, so it’s come a long way from a hackerspace in Boerum Hill. But let’s start at the beginning: MakerBot was the brainchild of a few 3D printing enthusiasts and unabashed nerds who wanted to contribute to an open-source hardware community founded by an eccentric British professor enamored with the prospect of self-replicating machines. It turned out a lot of folks wanted to get their hands on a thing that made things, and it also turned out that the community that made the original MakerBot possible greatly facilitated MakerBot’s rapid expansion, offering useful feedback and oftentimes original design work that was ultimately integrated into the company’s core product.

For a while, MakerBot was equally generous in giving back to this community. They embraced the spirit of openness and freely shared their ongoing improvements to the public. Demand skyrocketed for a product that was improving in real time, so it made sense to double down on Brooklyn, and MakerBot built a full-blown factory for its products in Sunset Park. It was whimsical! The impossible was possible! In the early days, nearly everyone built printers as a rite of passage. They learned the machines inside and out and became ideal candidates for promotion through the ranks to engineering, repair, customer support, and sales roles. In an emphatically post-industrial city in an outsourced 21st-century world, MakerBot fearlessly bucked the trend by building physical things locally, hiring from within, and committing to the mantra that sharing was caring. It was hard not to like them; their fan base ranged from the obvious, like geeks to geeks who like open-source stuff, to hipster geeks, to, uh, local artists previously involved in Occupy Wall Street? Whatever it was they were doing, it was working. Neither MakerBot nor their affable CEO could do any wrong… until they did.

Everyone thinks riding the start-up wave is the ticket to noble success, a mix of idealistic principles and the cutting edge profitability of the new economy. But sometimes that wave crashes, and this is one of those stories.

A year or two before I was hired, the company’s then-CEO Bre Pettis onboarded an outsider who “knew how to run a company,” presumably because the stress of running such a rapidly growing company was getting to him. (Foreshadowing alert: the running joke was later that this woman knew how to run a company into the ground. This outsider eventually maneuvered herself into the position of president of the company and eventually supplanted the very CEO that hired her before cashing out and handing the keys over to the grim reaper — but I digress! More on that later.) I joined MakerBot in May 2013, a bright-eyed and bushy-tailed grad school dropout hellbent on getting my hands dirty at a tech start-up that was changing the world. At that time, MakerBot was still riding high on their goodwill cache; but by the time I came aboard, the company had reached peak cool.

A little over a month after I’d joined, everyone was called into an all-hands meeting in which it was announced that we’d been acquired by Stratasys,  a company that effectively invented the process integral to the kind of 3D printing MakerBots did, in a deal averaging over $1 million in stock for every employee at the company. Pop the champagne! No, seriously, there were dozens of bottles of sparkling wine provided for us. And why not? This was great! We were one of the lucky startups that made it! We even got a couple of extra vacation days. And who were we to object?

The acquisition didn’t affect us much, or so it seemed at first. For a while MakerBot just kept being MakerBot, and Stratasys kept on being Stratasys, and we got to keep innovating away while the parent company took care of their own business affairs. There was an overarching collective feeling of conviviality and camaraderie between coworkers, who were as eager as ever before to geek out about what they knew and learn from fellow coworkers who knew what they didn’t know.

Come find us in 600+ @SamsClub stores around the US. That’s a lot of industrial revolution. http://t.co/DoXRgqydOy pic.twitter.com/chYkdremoI

The better part of a year before the acquisition, MakerBot pivoted towards closing its source code and keeping its intellectual property cards closer to its chest, and we stayed the course after being bought out. Part of closing our source was scrapping the open-source platform we had previously iterated on every annual product development cycle. Instead of tweaking and improving on a design honed over the course of half a decade, we pulled out all the stops and redesigned our own proprietary hardware, electronics and software from the ground up over the course of a single year. We also decided, while we were at it, to jam-pack our 3D printers with more features than they’d ever had before—cameras, wifi, apps, “smart” everything. Rather than design, test, and build, it was design, design, design some more, and then quick — build!

In the past, with our open-source platform, our customer base had been limited to a smaller group of capable hobbyists who provided tech-savvy feedback and suggestions for improvement. By the time this newest (and under-tested, according to my fellow employees) product had shipped, most people buying our product were largely incapable non-hobbyists with no useful feedback, only unrealistic expectations, and had little idea of how to fix things under the hood when they (inevitably) broke due to flashy new features malfunctioning and debilitating the printers. Customers were up in arms over their multi-thousand dollar paperweights, our repair team couldn’t fix broken printers fast enough, our support department was drowned in an onslaught of complaints, a class-action lawsuit from customers was threatened, and our parent company’s stock price started to decline.

We just chalked this all up to startup craziness, rolled our eyes, and carried on. The work was still plentiful and engaging! I still felt incredibly productive, learning more than I ever had before as I pushed myself to design the most innovative and robust 3D printer subsystems I could dream up. I trusted my coworkers every step of the way, and we all had a good time shooting the shit while we encouraged and abetted one another along in our respective projects. I even got to play the part of mentor to some interns.

And then, seemingly out of nowhere, work dried up.

While we at MakerBot were distracted either putting out fires left and right or just taking care of business, Stratasys had been going through some mergers and acquisitions of its own, with some corporate restructuring. We were newly barred from making even minor changes to products that were very clearly broken in our eyes and therefore very rapidly damaging the reputation of our company. Morale was dropping fast across the company, and last-ditch efforts were made by management to retain talent they were afraid of losing; in what was in retrospect may have been an obvious bread-and-circuses tactic, my salary as well as those of a few select coworkers was suddenly bumped up by 30 percent, and yet while making markedly more money that I ever had before in my life, I was about the least satisfied I’d ever been with my job.

I started penning what I termed “therapeutic job applications” for positions elsewhere and once cried openly in front of my boss in a one-on-one meeting, telling her plainly that I feared for the future of our department and the company in general considering the course we were on. I was upset because MakerBot was more than just a workplace: it was a community I adored and a dream I’d fallen in love with. And the dream, I could plainly see, was dead.

Two months later, our former-president-turned-CEO (yeah, remember her?) handed the reins over to the hyper-privileged son of the chairman of the board of Stratasys. His first action as CEO, as shared on the company internal social network, was to learn how to use one of our printers. The second was to fire a fifth of the company. I still remember that Friday: I was ambling through the large glass doors de rigueur for any well-heeled tech company, half-asleep and bracing myself for the daily slog, when someone from HR approached me to tell me I had a meeting with the director of engineering. I made my way over to the cramped meeting room and found the director of engineering sitting next to the head of the company’s legal department. I was given the spiel, told it wasn’t a reflection of my performance, yada yada. Honestly, I couldn’t bring myself to care that much. Between the month and a half of severance and my total job dissatisfaction, I saw getting laid off at that point as getting paid to quit.

Firing a fifth of the company has since become a sort of semi-annual ritual at MakerBot, and this latest round of layoffs complete with outsourcing to China is reported to have cost 100 people their jobs, according to Gothamist. It shouldn’t come as a shock for a company that sold out to the corporate capitalist short-term profit maximization machine. Only a year ago, the company was heralded for opening a bigger factory in Brooklyn. Brooklyn Borough President Eric Adams said then: “For many years folks in this community, instead of making screws, felt that they were being screwed.” Oh, the irony.

It is still, however, an affront to and inversion of the founding principles of the company, a place that put a premium on innovation, was willing to invest in its employees and infrastructure, and wanted to give back to the community from whence it came. As to the question of MakerBot’s continued presence in Brooklyn now that it’s repeatedly shed good chunks of its workforce and sent its manufacturing to China, don’t worry, it’s still here — for now. It’s just shirked back into its corporate shell near the top of a skyscraper in the part of the borough that fancies itself the next Midtown.

Stratasys’s corporate strategy hasn’t made itself more profitable: its stock price bled out in the wake of the first round of layoffs in April 2015 and has flatlined ever since. The majority of MakerBot employees never saw much of that million-dollar-a-head buyout, but then again, maybe Robert Frost — or was that Ponyboy? — was right. Nothing gold can stay: it just gives way to more gold. Gold to line the coffers of the fat cats who don’t give a fuck about dreams, anyway. 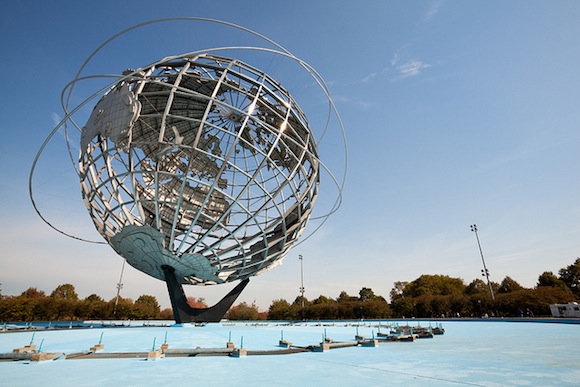 I’m smarter than I am cool, so I left Brooklyn for Queens

Yes, it’s true, I live in Queens. Like you, I naturally believe Queens is the absolute worst. It’s the gateway to Long […]