(This post first ran in 2015 but is applicable to any and all future SantaCons -Ed.)

There was a false start (false flag?) with it last year, but this year it’s an inescapable reality: SantaCon is coming to traipse through Williamsburg on Saturday for an afternoon of drunken antics. Since there’s nothing you can do to stop it, you might be wondering how you’re going to survive the most hated tradition in New York City coming to our borough. Never fear! We’ve put together a top notch survival guide that will help you get through the afternoon like it’s just a walk in the park. If you live in or have unbreakable plans in Williamsburg or the LES this Saturday, print this SantaCon survival guide and take it with you, you’re gonna need it.

The first thing you need to know about surviving SantaCon is that ultimately it’s best if you can just make yourself scarce. As Geology.com tells us, “The one and only way to guarantee you will avoid a Santa encounter is to stay out of areas where Santas live.” Of course, we also understand that isn’t always realistic or fair for the people who are just trying to live their lives on the weekend, but we just want to reiterate that this is your 100% guaranteed to work option, and the rest of them come with certain risks.

If you’re out in Williamsburg between the hours of 11am and 4pm, you’re going to have to keep an eye out for packs of Santas. The larger type of Santa you can encounter “has a distinct shoulder hump,” according to ArtOfManliness, “which is a muscle used for digging roots and slashing prey with their massive Santa paw.” There’s also a smaller type of Santa that lacks the shoulder hump, but be aware that per Geology.com “the color of the fur is not always 100% effective for identifying the Santa species.” 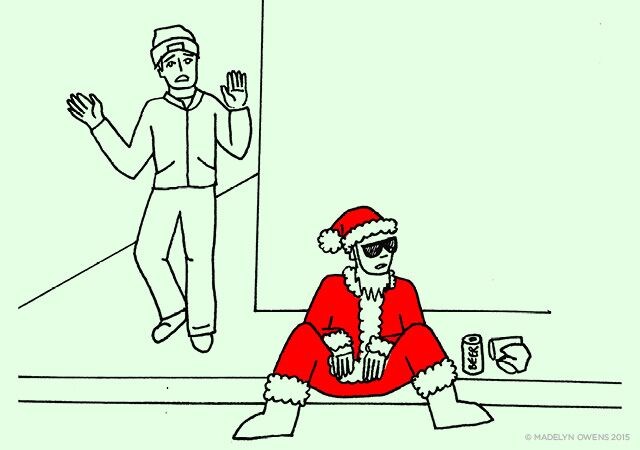 If you see a Santa, there’s still a chance it hasn’t seen you. In that case, you can still make sure the situation doesn’t go any farther than a quick spotting. MountainNature says “Don’t announce your presence if the Santa has not seen you. If possible, retreat slowly and give the Santa plenty of space.” If the Santa is directly in a path that you have to go down, the website suggests that you can just wait the Santa out and see if it moves on, but failing that you’ll have to take a wide detour around it.

If a Santa spots you back, DO NOT PANIC, as there a number of strategies for deescalating a Santa encounter. Santa expert Bill Schneider told the Montana Department of Fish, Wildlife and Parks that “the most important thing is to not panic, run wildly, or scream. That could cause a Santa to charge.” 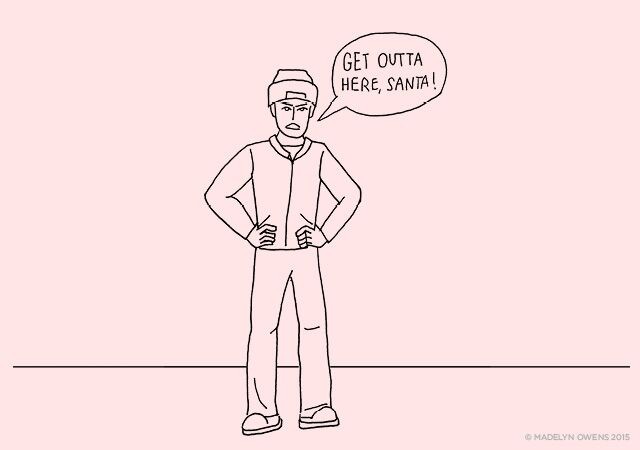 If the Santa you’ve encountered is the smaller, non-shoulder humped variety you can reason with it in a way and convince it to leave. According to Geology.com: “Once you know the Santa has a clear escape path where it won’t encounter other humans, stand tall and look at the Santa while saying “Get out of here Santa” with a stern voice. Keep doing this until the Santa leaves.”

Keep calm even if this doesn’t work. While Santas are known for charging at enemies, it’s not always so cut and dry. Per MountainNature, “Santas will often bluff charge before attacking. This is designed to allow enemies to back down before the Santa needs to actually make contact. It evolved as a way to prevent encounters with enemies and it may provide you with an opportunity to back away.” With any luck, this is as far as things will go.

IF A SANTA ATTACKS 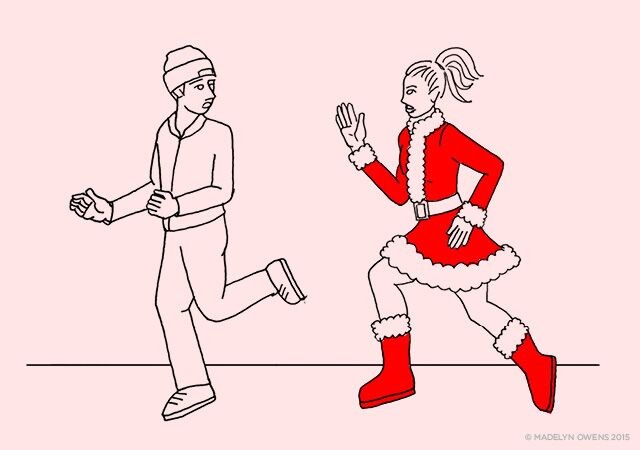 If a Santa becomes aggressive, it’s an unfortunate situation, but all isn’t lost. First, try to determine if the Santa attack is a defensive or predatory one. Most Santa attacks are classified as defensive attacks, in which the Santa is startled by what it sees as an outsider and just hopes to eliminate it. In a predatory attack, the Santa will have been observed stalking you and as Geology.com puts it, “the Santa intends to have you for dinner.” You should keep in mind that you shouldn’t try to run. As MountainNature puts it “Don’t think you can out run a Santa. Santas are fast. They can reach speeds of 30 mph. Unless you’re an Olympic sprinter, don’t bother running.” 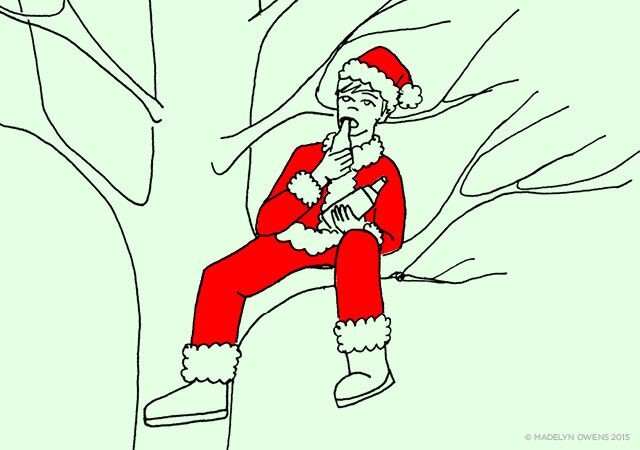 Another “don’t” when being pursued by an aggressive Santa, according to ArtOfManliness: “Don’t climb a tree. Santas are excellent climbers. Climbing up a tree won’t help you out here.” So, what do you do?

In a best case scenario, you’ll be faced with a defensive attack. If you have your Santa spray with you, MountainNature suggests the best time to use it is when the Santa gets within 15 feet of you. Aim for the eyes, and if you hit the Santa, it will be temporarily disoriented, allowing you to make an escape. If you don’t have your Santa spray on you, this is the situation where you play dead. Geology.com suggests the best ways to do that is to either go into the fetal position or “lay flat on your stomach with your fingers interlocked over your neck and spread your elbows and legs so it is harder for the Santa to roll you over.” Once it believes its eliminated you as a threat, remain in this position for 20 to 30 minutes to be sure that the Santa has moved on. 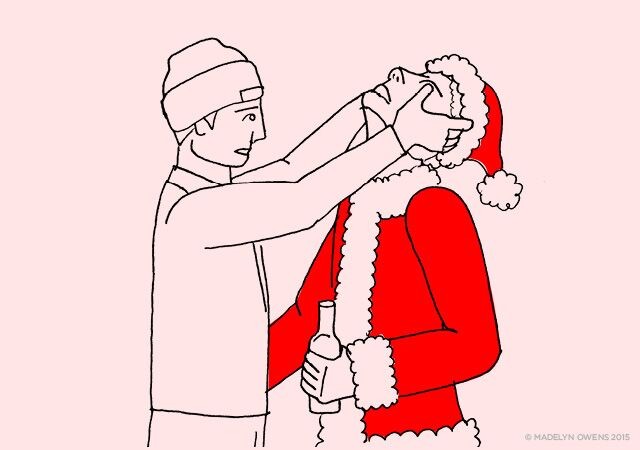 In a worst case scenario, you’re facing a predatory attack. Geology.com doesn’t mince words here, advising you to “do whatever is necessary not to become [the Santa’s] next meal. If you have Santa spray, use it. If you have only sticks and stones, aim for the most sensitive areas. These areas would be on the face, focusing mostly on the nose and eyes. In a predatory attack it is a matter of life and death, so do everything possible to save your life.”

So there you have it, everything you need to know to survive SantaCon and any run-ins with a Santa you might have. The most important thing to remember is that while the prospect of a Santa attack seems scary, they’re rare and you’re able to survive. Just keep your wits about you, study our guide and you’ll survive SantaCon like a champ. Good luck!

All illustrations by Madelyn Owens.