If you’ve been wondering what Jerry Seinfeld has been up to in his retirement from TV (aside from answering questions about Seinfeld2000), he has a YouTube show called Comedians In Cars Getting Coffee. In it, he uh, drives around with comedy pals in his rich guy sports car and talks comedy with them. The most recent episode featured indie darling Todd Barry and a tour through Coney Island, where Jerry mentions that one of his first comedy bits that really worked was about bumper cars, marvel at the grossness of the Nathan’s hot dog eating contest, coffee at Tom’s and some absolutely horrifying sneakers on Seinfeld’s feet. Oh, and of course, top-notch riffing by some pretty, pretty good comics. 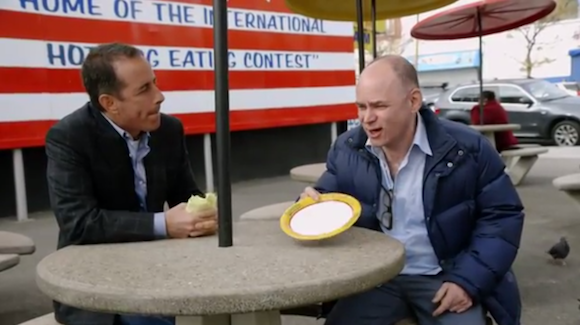