As you know, we appear on BK Live every other week to chat about the fun things happening in Brooklyn over the weekend. The people at Brooklyn Independent Media thought there was nothing more natural than sending a writer to talk to actual live humans though, so they sent us and our pal Richard Burroughs to Jacob Riis Park to check out the Beach Bazaar, its offerings and the people who hang out there.

Watch to hear from Riis Park Beach Bazaar co-founder Belvy Klein about what it’s like to run the bazaar seven days per week, watch to found out about the karaoke offerings, watch the see us realize sunglasses were a good idea and also to learn about what incredible nerds we are since we know who the biography of the man the beach was named after AND the man who designed the beach. And if you haven’t been to the Beach Bazaar yet, take the Beach Bus down already, because you don’t want “not enough beach time” to be your summer regret. 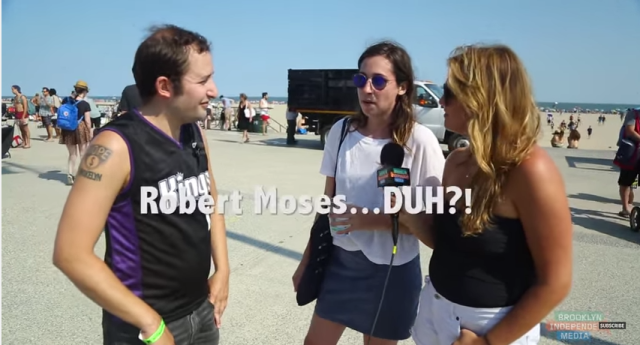