I was supposed to go to a 90s-themed party Saturday but was too bummed about the Rangers losing to make it out. Fortunately, Sunday provided plenty of 90s-immersion therapy with the Brooklyn Zine Fest at Public Assembly. Brooklyn has seen zine events before, but this was something totally new. All three rooms were packed wall-to-wall with zine publishers selling their wares and readers eager to find new publications. As a struggling zine publisher myself, seeing hundreds of people milling around tables of self-published pizza reviews, short story collections and comics was inspiring. I already knew that I had a passion for publishing on my terms, but the Zine Fest confirmed that people all over the city share that passion and are willing to reward it. While I was looking around, I asked some attendees about the wonders of physical media and the future of the zine versus all the Kindles, Tumblrs and Pinterests of the world. 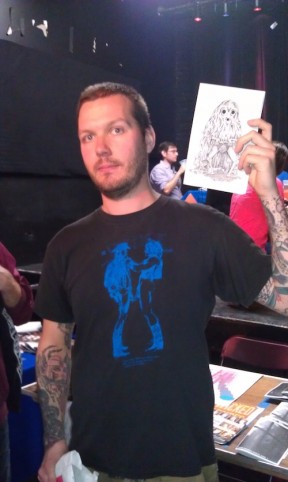 What brought you here? Have you been in zine culture long?
I’ve been making my own zine for six years.

What do you think explains the turnout?
I’m always looking for something different to do. People still want physical objects when they read.

Will zines destory the Kindle?
No, but they’ll give it their best shot. 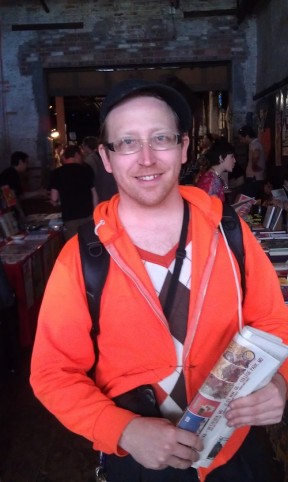 What brought you here? Have you been into zines long?
I’ve been reading zines for 20 years now. That’s why I don’t have any with me right now, I have them all at home. So I’m just browsing for the sake of doing it.

What do you think explains the turnout?
Well, there’s great weather today for one. I go to a lot of indie comic shows, and those crowds are a little more insular and exacting. Zines can be about anything and the pitch for this was very broad.

Will you be throwing out your Kindle anytime soon?
Actually, I don’t have one. I’m a biblioholic and appreciate paper art that can’t be replicated on a screen. Still, I devote a lot of my time to blogging about technological culture. It’s a very schizophrenic position to take, I know. 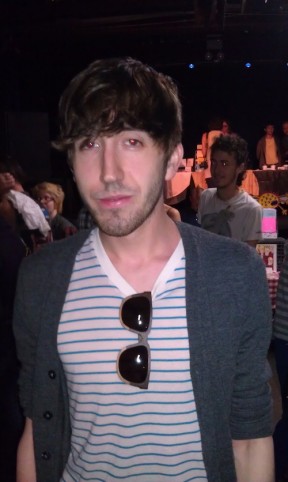 What brought you here? Have you been into zines long?
I’m kind of new to zines. I follow the SPX tumblr.

Do you have your own zine?
I’ve thought about doing it, but I don’t have the resources for it right now. It’d probably be about superheroes if I did do it though. 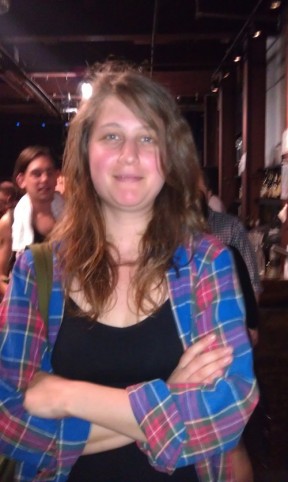 What brought you here today? Have you been into zines long?
I have a friend who’s tabling. I was kind of familiar with them coming in.

What do you think explains the turnout?
People in this neighborhood are really into DIY culture, and getting ideas they have about alternative lifestyles out into the mainstream. 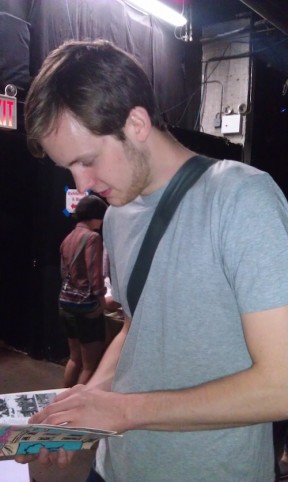 Have you been into zines long?
I read my first zine three years ago, and I went last year’s Zine Fest. I was excited this year to see that they had Slice Harvester, it’s a pizza reviews zine. I also wanted to see if I could find some zines about politics and radical thought.

What do you think explains the turnout?
People are interested in publishing their own media. This isn’t Twitter or Facebook, it’s nice to have something tactile, that you can hold on to. That sense of realness makes coming here a little like going to an art museum.

Do you have your own zine?
Not yet, but I’ve been talking to some people on my campus about starting a feminist thought zine. 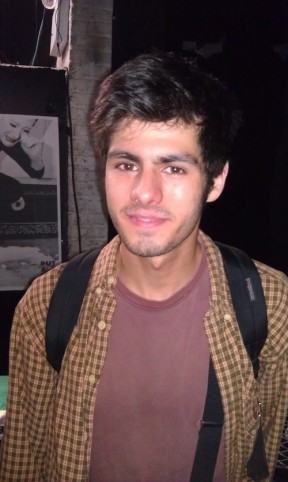 What brought you here? Have you been into zines long?
I started reading them recently. I figured I could come here and see who in the community I could click with and also get some inspiration for my own zine.

What do you think explains the turnout?
There’s a genuine interest in the world of zines. It’s very non-hierarchical, anyone with paper, a pen and a copy machine can do it.

Do you think zines will destroy the Kindle?
I don’t think so. They can be easily digitized, which actually requires less resources than printing. 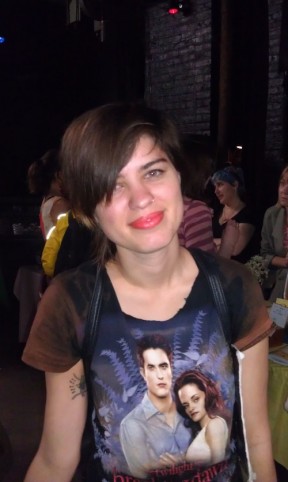 What brought you here? Have you been into zines long?
It just sounded like a lot of fun. I went to the Anarchist Book Fair yesterday, so it’s just been a literary weekend.

What do you think explains the turnout?
There a lot of places you can get zine, like you can go to Printed Matter or Blue Stocking, but there’s a much bigger variety here.

Do you have your own zine?
Not now, but I’ve been working on one with my friends, it’ll be short pieces mostly. Maybe seeing this in public will force me to work on it. The first issue’s theme is “What Do I Do With My Hands?”

Follow David and distribute him in hand-printed copies with loose staples: @HerbertHarper.