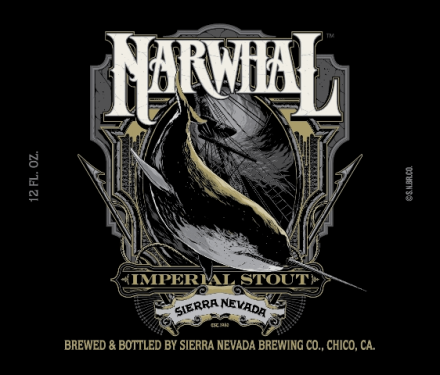 As far as  somehow real sea creatures are concerned, the Narwhal is in the most badass. Any animal with a giant spear coming out of it’s head is obviously awesome. Which is why you might want to use said unicorn whale as your brand mascot for, say, a delicious microbrew. The Brooklyn Paper reports a controversy brewing in the seas of beer. Narwhal Brewery, which is in the process of setting up shop in Bushwick, claims that Sierra Nevada stole its brand name for their Narwhal Imperial Stout. Sounds fishy…

Sierra Nevada told Narwhal they’d stop using the name, but recently did a 180 and filed legal documents to force the Brooklyn company to stop paying homage to the great sea creature.

Call us cynical, but how long does it actually take to get a brewery off the ground? If these dudes formed an LLC in April 2011, shouldn’t they have had it going by the time Sierra Nevada released its stout in June 2012?

Sierra Nevada is all, “lol whut?” According to their reps, they cast a wide Narwhal net to see if anyone else was using the trademark and didn’t see the tiny Brooklyn sea creature.

Then again, it’s a mighty big ocean, so isn’t there room for two Narwhals in this yeasty sea? If there isn’t, we humbly suggest the two companies settle outside of the legal system, and have a fishing competition to see who truly rules the ocean. Just uh, be honest about the fish you catch if you send them to our restaurants.