It’s a bit of a trek to Phil’s, with nearly 15 minutes between it and the nearest train stop (Knickerbocker/Myrtle Ave), the walk was worth it once you step inside. The cozy, unpretentious bar, is outfitted in a way that’s both thoughtful and authentic. It is the kind of place that turns the curious into regulars. As soon as you take in the space, you know that the owners want you to be comfortable here.

If the solid board game collection, darts, and music-you’re-able-to-hold-a-conversation-over weren’t enough already, Phil’s also hosts free comedy nights on Thursdays at 8:30. It’s definitely a place where you can settle in.

The attention paid to entertainment and atmosphere extends to the considerate food and drinks menus. While food is too often an afterthought at alcohol-focused establishments, coming in the form of generic “American” snacks, the charcuterie boards at Phil’s have guava paste and the grilled cheese sandwich is pressed in a waffle iron instead of between panini plates. But the creativity is in no way pretentious – rather, it’s another expression of the thoughtfulness that went into the space. 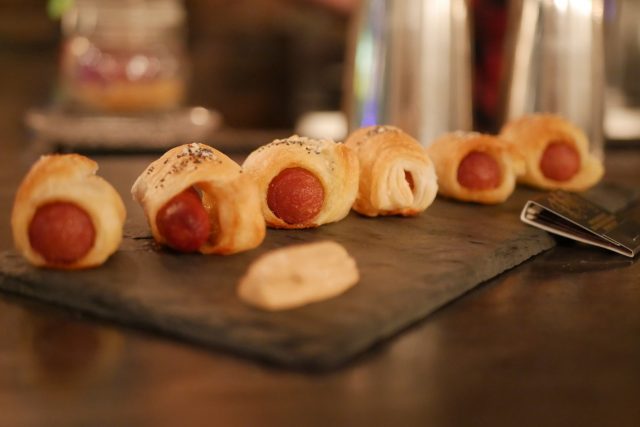 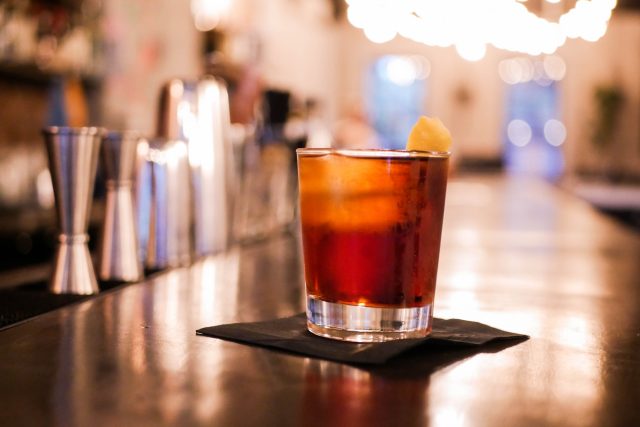 We loved the Pears Well (even and smooth with a hint of soda), the Phil’s Ass (clear, light foretaste, punchy aftertaste, punctuated with ginger), and the Space Juice (fruity and refreshing, no overpowering hit of alcohol).

And you’re doing yourself a disservice if you leave without trying the housemade ricotta. Warmed with honey, it’s the perfect accompaniment to cold drinks on a cold night.

“We met years ago at my prior job and became friends. We eventually got to talking about opening our own bar as it had been a dream for quite some time,” Phil’s co-owner Vanessa said. “[Co-owner] Jeremy had a solid background in business as well as construction and I had been in the food industry for over a decade, so together, we had what we needed to actually make it happen. We then randomly found the space while walking around one day and the rest fell into place from there.”

Next time you’re in Bushwick, consider stumbling in. The neighborhood is waiting for you.

Phil’s is located at 695 Knickerbocker Avenue, between Cornelia and Jefferson. Good for people-watching, dates, ranting about how hard your work day was. Follow them on Instagram @philsbrooklyn. 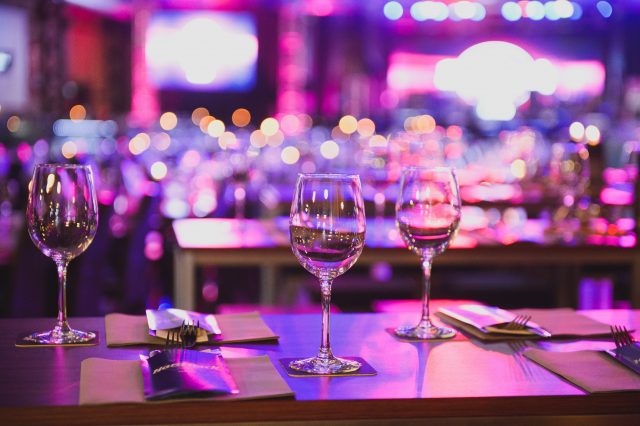 “Sexual assault and harassment has no place in our nightlife spaces or anywhere.” – Ariel Paltiz 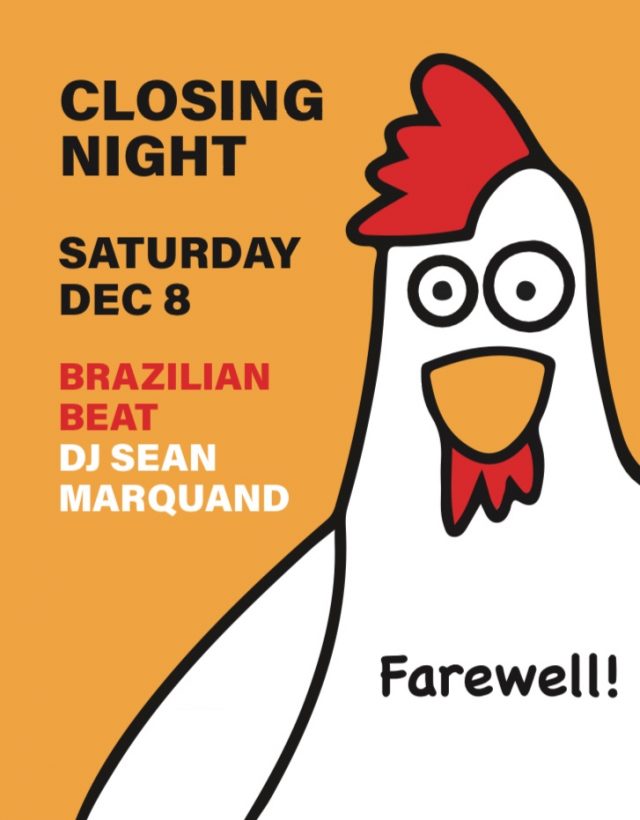 Pour one out for our beloved Hot Bird.