Since Humans of New York first littered our social media feeds with faux-deep musings alongside photos of strangers, a whole crop of parodies have emerged. There’s been Millenials of New York, which is pretty “meh”; The Dogist, which is not so much a parody, but a superior, dog version; and in July, a Pokemon of New York came out as a perfectly absurd companion to the nonsensical summer craze.

But now, we’ve reached a whole new level of of New York-isms: Bananas of New York. Word of the latest HONY spin-off slipped into the Brokelyn tip box at exactly the right moment on this oppressive afternoon, rescuing me from being mauled by flying cockroaches and Tim from getting his foot caught in what at first appeared to be a mini-golf hole, but was soon to open up into a sinkhole the size of Sheepshead Bay.

“It’s like Humans of New York, but for banana peels I found on the street,” creator Vincent Moore wrote to us in an email. LOL. Here are some of our favorites so far. 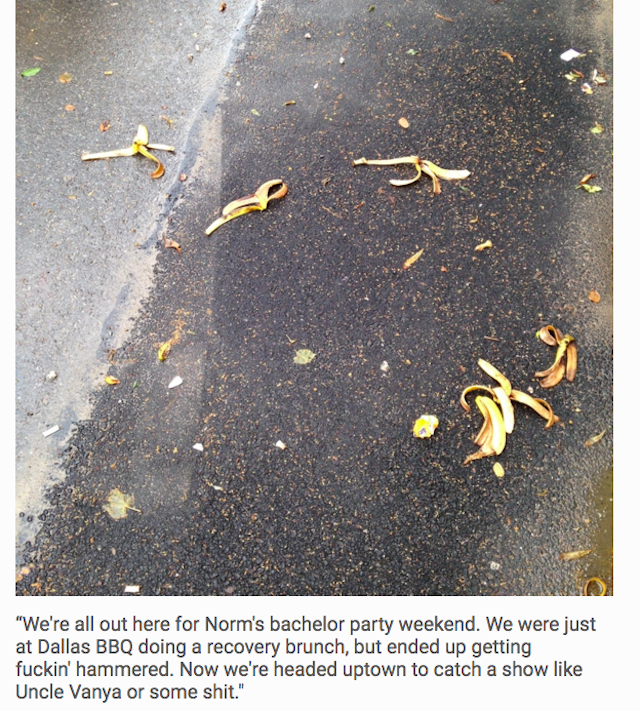 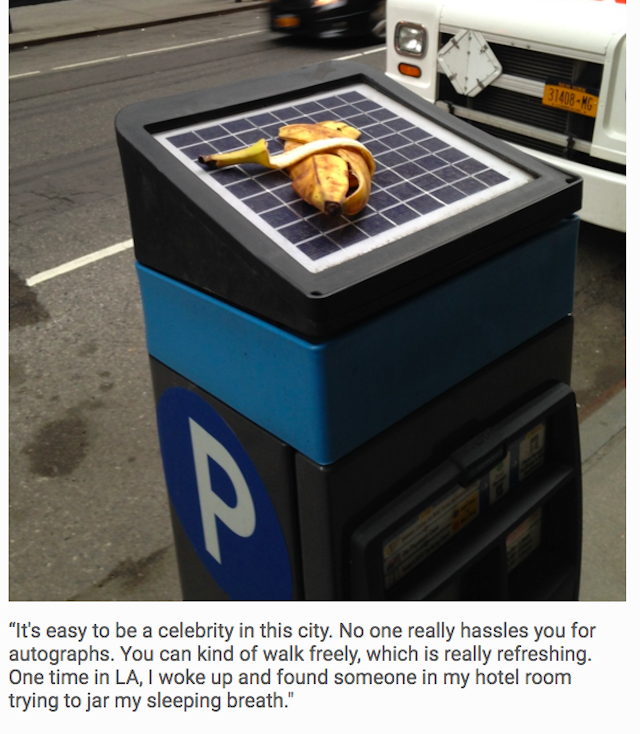 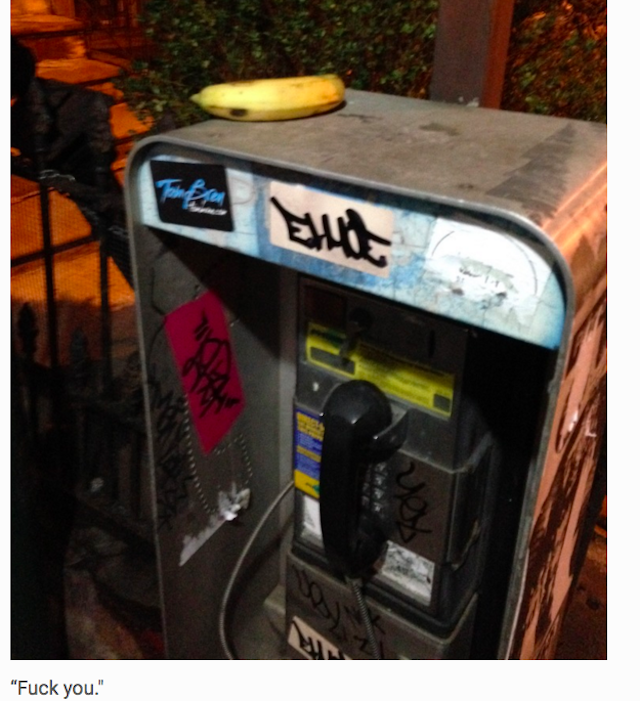 The curious case of the Big Red gum and the banana: 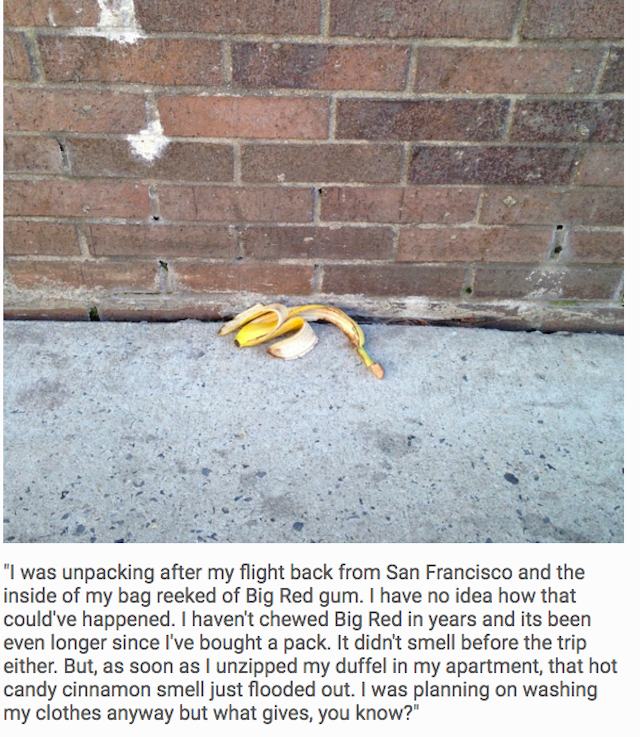 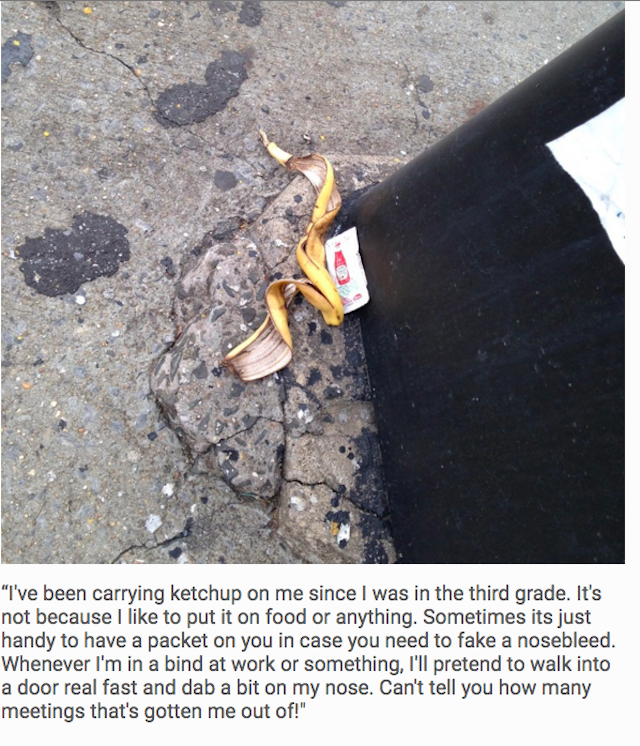 And finally, Not a Banana Banana: 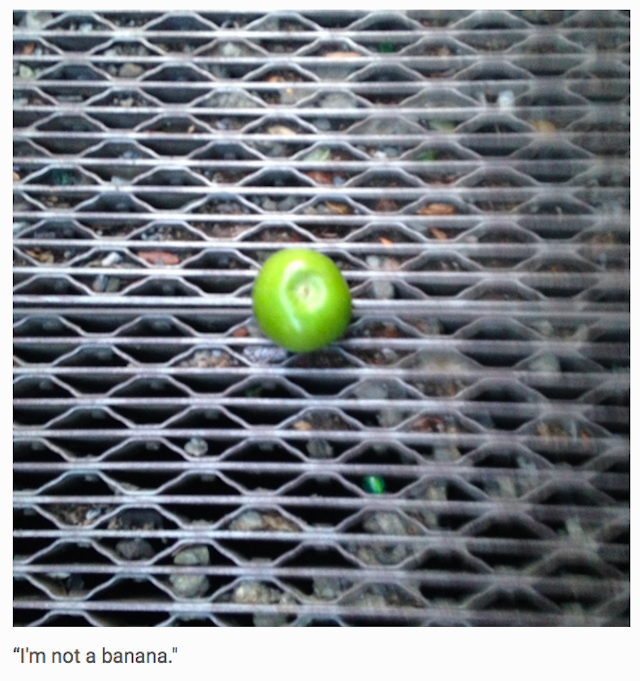