Brooklyn is probably second only to Manhattan when it comes to literary cachet — though you’ll find plenty who say Brooklyn has taken over the top spot in recent years. The borough is crawling with literary stars and wannabe authors who are clearly writing what they know. Brooklyn is so woven into the fabric of modern letters that almost everyone knows what you mean when you call something a “Brooklyn book”. Or do they? What makes a book très Brooklyn? Is it just using the borough as a backdrop? Is it the anxious internal ruminations of Ben Lerner’s characters or mysterious foreboding of Paul Auster’s Cobble Hill? Or is it the autobiographical Williamsburg novel à la Tropic of Capricorn and A Tree Grows in Brooklyn?

Today the Brooklyn Public Library announced the short list for the 2016 Brooklyn Eagles Literary Prize, which takes on the challenge of answering that very question. Now in its second year, two prizes are awarded to the “most Brooklyn” fiction and nonfiction books recently released. The winners each get a $2,500 prize and bragging rights for being most in tune with the city’s most populous borough.

We asked the shortlist committee chairs, Krissa Corbett Cavouras (fiction) and Mark Daly (nonfiction) what they thought made the books on their list deserve this distinction. Both are Brooklyn Public Library librarians, both serious readers, both lovers of Brooklyn, and both well-qualified to know the essence of a Brooklyn book. The two committees Corbett Cavouras and Daly chaired were made up of Brooklyn librarians who volunteered for the task of choosing three books for each short list. They read all 13 books nominated by Brooklyn bookstores in their category and convened to debate which ones should move on to the final judging.

“Each of these books has something to offer, a new way of looking at the world, a new way of thinking about Brooklyn,” Daly said of the two long lists. Corbett Cavouras said “that in a couple of years [these lists] will be a mini collection of great books that speak to Brooklyn themes.”

The committees evaluated their books based on three criteria: whether the book is set in or about Brooklyn; whether the author a Brooklyn native or resident; and the most subjective: does it embody the “Brooklyn spirit?” None were absolute requirements, but Corbett Cavouras and Daly both found determining the Brooklyn spirit was the most important — and interesting — to consider.

The fiction nominees are a mix of native Brooklynites and newcomers. Established names like Rick Moody and Emma Straub are on the list, but so are lesser-known local writers and rising stars: Jami Attenberg, Naomi Jackson, Kristopher Jansma and more. Corbett Cavouras said she likes the residency criterion because “these authors are making a living in Brooklyn; they visit the stores and library branches. And, most importantly, the prize goes to supporting actual Brooklynites”

The nonfiction book list also has a number of local writers like Tim Sultan, Joseph Alexiou, and Molly Crabapple. The books, however, cover a wide range of subjects, from Sunny’s Bar to James Brown, from social issues to business guides.

“Brooklyn authors who write history, research, or comments on social issues should be eligible for nomination by writing about what interests them most,” Daly said. “That helps make a Brooklyn book.”

Such is the case with James McBride, a writer and musician who wrote Kill ’em and Leave, an unorthodox biography of James Brown. He tries, and doesn’t succeed, to pierce the thick veil of mystery Brown cloaked himself in. But in doing so he reveals a lot about James Brown’s effect on McBride’s upbringing in the Red Hook projects and on black America as a whole. 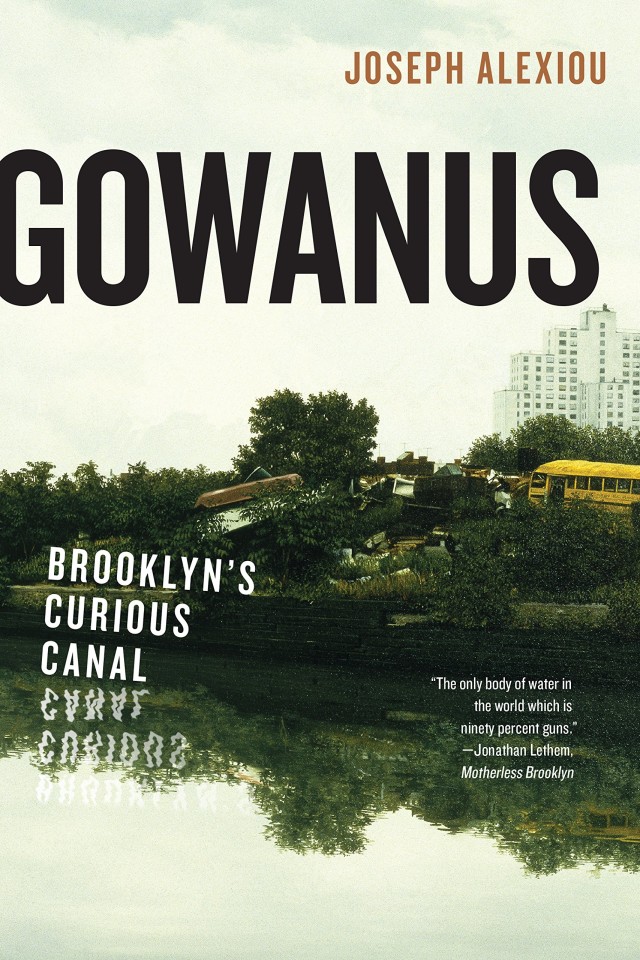 The nonfiction list does cover Brooklyn’s many aspects. Gowanus: Brooklyn’s Curious Canal is a comprehensive history of the borough’s favorite Superfund site. By investigating the long life of the infamous creek-turned-canal, author Joseph Alexiou reveals much more of Brooklyn’s history, especially its explosive growth in the 1800s and the forgotten characters involved.

But being about Brooklyn wasn’t a necessity for Daly. Books were written in the Brooklyn spirit if they talked about things Brooklynites want to talk about. Lockdown on Rikers by Mary Buser uncovers some of the deplorable conditions of New York’s notorious prison, while Janette Sadik-Khan’s book Streetfight: Handbook for an Urban Revolution draws on her experience as commissioner of the New York City Department of Transportation to evangelize for a new way to configure our roads. Neither is explicitly about Brooklyn, Daly said, but they cover subjects Brooklynites should know about. 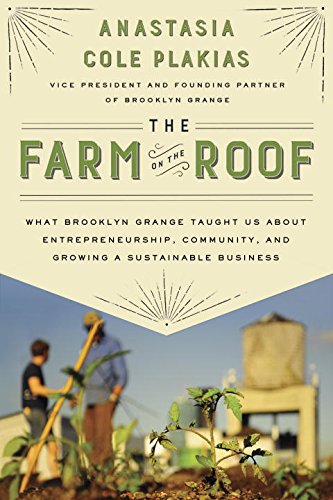 The Brooklyn DIY ethos is covered in The Farm on the Roof, a book by Anastasia Cole Plakias about the successful for-profit rooftop farms started by Brooklyn Grange. It’s not just a book about urban farming, Daly said, “it’s a business book where the principles can apply to anyone starting a new and unusual business.” Related is Made in Brooklyn: The Essential Guide to the Borough’s Artisanal Food and Drink Makers by Melissa Schreiber Vaughan and Susanne König is an atlas of Brooklyn’s small-scale and family-operated food-based businesses. You won’t find just artisanal pickles and small-batch whiskey in it.

“The authors made a point of not only including new and young businesses that we might be familiar with from the neighborhoods of Williamsburg and Greenpoint and Park Slope,” Daly said, “but also long-established small family businesses.”

The fiction list is just as diverse, with stories about ghosts, families, adoption, mysterious disappearances and more. One of the books that stood out for Corbett Cavouras is Don’t Let My Baby Do Rodeo by Boris Fishman, in which a Ukrainian-Russian immigrant couple adopts an American boy. The new parents try to come to terms with their immigrant past while raising a child who might as well be from another planet. The book takes place in New Jersey, but it is the quintessential Brooklyn story, according to Corbett Cavouras, because “it’s about immigrants struggling with the idea of what place is and how it informs who you are.”

The Beautiful Bureaucrat by Helen Phillips explores that same theme in a different way. It takes place in an unnamed gritty, Bushwick-like industrial neighborhood. It’s a dystopian future where the heroine takes on a mindless data-entry job in a sinister bureaucracy. The plot, while dipping into thriller territory, also grapples with identity and how your surroundings can define it.

One of the stranger ideas is We Love You, Charlie Freeman by Kaitlyn Greenidge. An African-American family is invited to move into a Berkshires mansion as part of a social experiment. The catch? They have to live with a chimpanzee. While the premise sounds light and comical, the plot quickly turns serious. “There’s a lot of interesting stuff about culture and what makes a family and also race in America.” Corbett Cavouras said. “It’s also a fantastic read.” 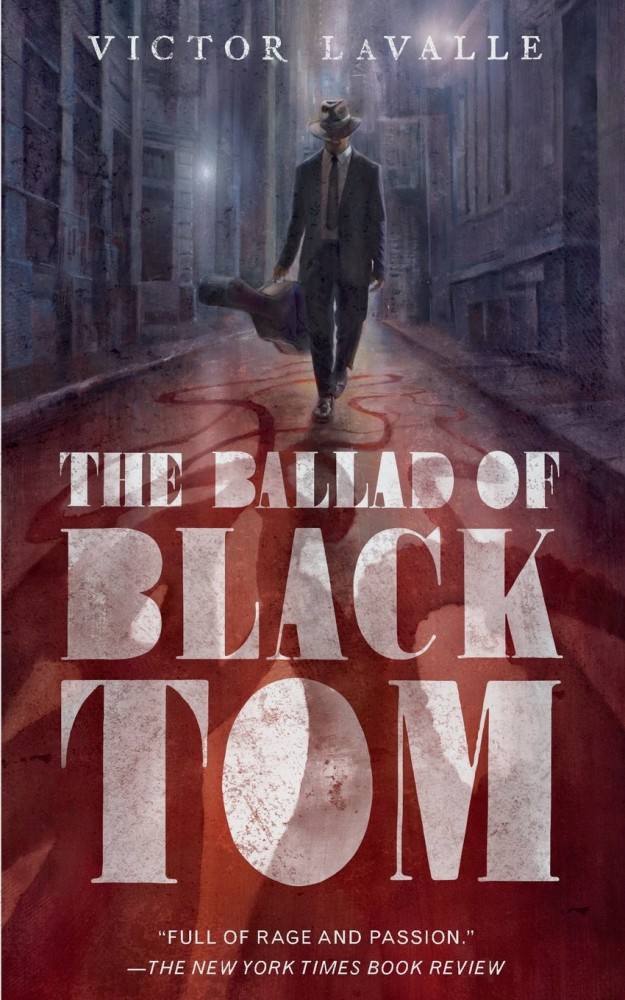 Aside from traditional “literary” novels, there is also genre fiction. For example, The Ballad of Black Tom by Victor Lavalle is based on a classic H. P. Lovecraft sci-fi story. According to Corbett Cavouras, stories like these are in the Brooklyn spirit because they represent the borough’s diverse tastes.

“We’re thrilled when the bookstores bring us sort of the more offbeat genres, because we like to know that those count as literature,” she said. “They certainly do to our patrons.”

So what makes a Brooklyn book? It’s not just being about Brooklyn or written by a Brooklynite — though that helps. Brooklyn is a huge, diverse place where many people come to reinvent themselves or try something new. All of the books, both Corbett Cavouras and Daly agree, touch on that theme in some way or another.

The ultimate goal of the Brooklyn Eagles Literary Prize is not just to choose the most Brooklyn book, but also to open up the possibilities of reading to Brooklyn library patrons. Even if you can’t read them all, some are bound to appeal to you — maybe some you would never have considered reading.

All of the books on the fiction and nonfiction long lists are available to borrow at the Brooklyn Public Library. The Brooklyn Eagles Literary Prize short lists are out now. The winners will be announced at the Brooklyn Classic on Oct. 21.