It’s only been six months since Election Day and less than three months have passed since Trump was inaugurated. I mean, it feels like it’s already been an eternity, but the guy just passed the 100-day mark last week. It’s been a pretty exhausting time, but the fight against Trump (and our truly diseased political system) doesn’t look like it’ll be dying down any time soon. That said, let’s take a look at what the resistance has to offer this week:

This protest, held six months after election day, is a way of reminding our elected officials they’re beholden to their constituents. Congressman Dan Donovan represents Brooklyn in the House and refused to prosecute the NYPD officer who killed Eric Garner. If you can’t make it to Monday’s protest, organizers are asking you deliver a letter – and if Donovan isn’t your representative, you should find out who is and do the same. 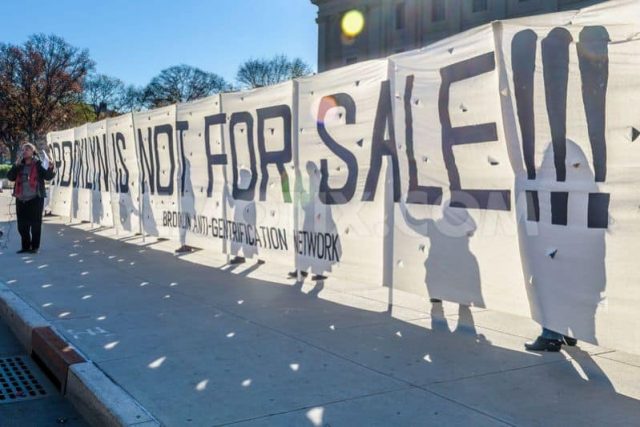 There are few details available about the Brooklyn Anti-Gentrification Network’s next meeting, but old members and anyone who’s interested in fighting gentrification in the borough are encouraged to attend. 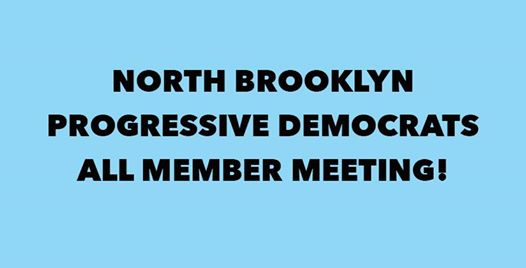 The North Brooklyn Progressive Democrats are conducting endorsements for City Council and Brooklyn District Attorney candidates at their May meeting. They’ll also be discussing judicial candidates, working groups, and choosing a new logo. 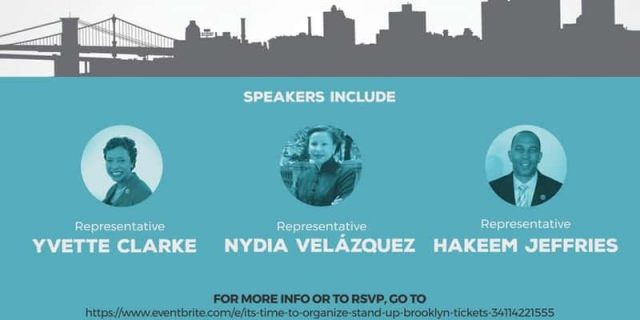 Panelists at this town hall include Representatives Yvette Clarke, Nyida Velazquez, and Hakeem Jeffries. They haven’t published many details about what the discussion will be about, but given their past anti-Trump statements, it probably has at least a little to do with the president and his policies. 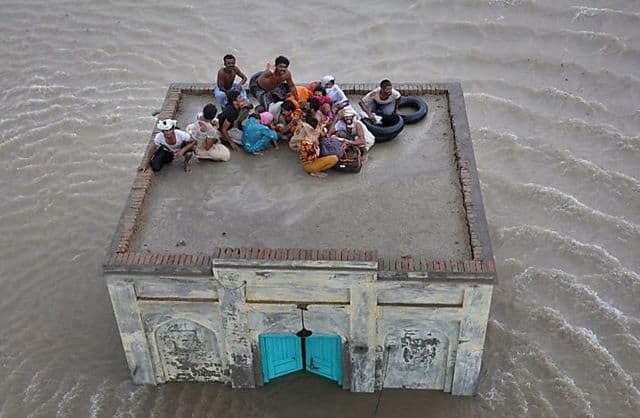 Climate change is a global issue, but the people who are most affected by it also happen to live in countries that often lack the resources to combat it (and that barely contributed to it in the first place). As climate change’s effects become more intense, more people will be displaced. The Sane Energy Project is collecting donations for the Karam Foundation, which develops education programs for Syrian refugee youth, distributes aid to Syrian families, and funds sustainable development programs “by Syrians for Syrians.” The event includes an immersive theater experience, as well as presentations by scientists, artists, activists, and immigration organizers.

The Third Wave Fund is celebrating their 20th anniversary with a fundraiser. A ticket gets you cocktails, small plates, and musical performances by the Lesbian and Gay Big Apple Corps and tubafresh. The group is also honoring Charlene Carruthers and the Black Youth Project 100, Paulina Helm-Hernandez and Southerners on New Ground,  and Nancy Meyer and Hildy Karp. Tickets aren’t cheap, but they benefit a good cause.

Comptroller Scott Stringer and Assemblyman Robert Carroll are hosting a town hall where they’ll discuss Trump’s federal budget plans and the impact budget cuts could have on New Yorkers. If you’re able to make it, RSVP by calling (718) 788 -7221 or by emailing [email protected]

Arts and community development can contribute to gentrification, but galleries and other arts spaces can also be incubators for organizing and activist movements. This panel will explore art’s relationship with gentrification, and panelists include Mei Lum, Rosemary Reyes, Catherine Greene, and Patrick Dougher.

City Limits is hosting a discussion on growth and development in New York City featuring Hunter College professor and author of Zoned Out! Tom Angotti and Moses Gates, of the Regional Planning Association and the Association for Housing and Neighborhood Development. They’ll be discussing development, growth, gentrification, and more. 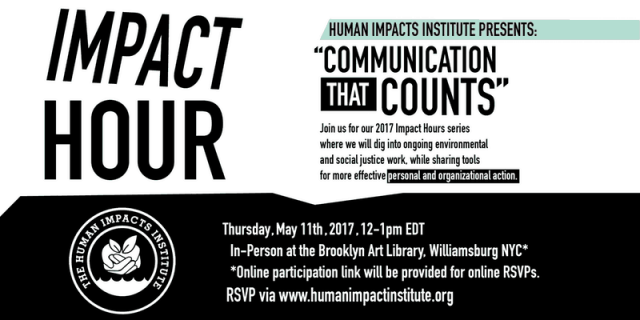 Showing Up for Racial Justice is hosting their latest monthly meeting for their Base Building working group. They’ll be discussing education and community outreach events and having a training session for members. 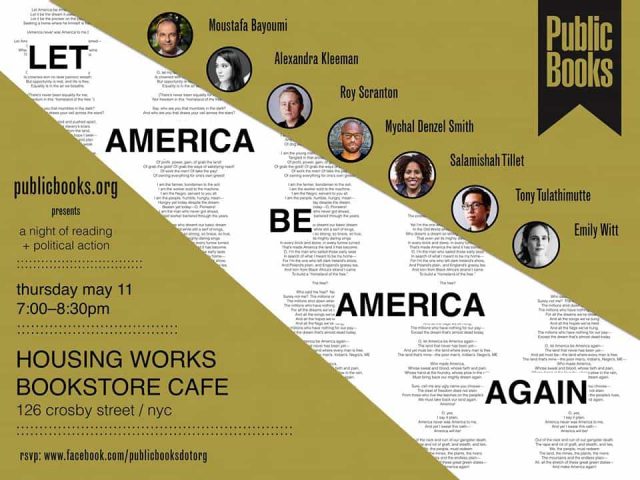 Public Books and Housing Works are hosting readings by Moustafa Bayoumi, Alexandra Kleeman, Roy Scranton, Salamishah Tillet, Tony Tulathimutte, and Emily Witt. The authors will be reading passages by their favorite authors that help them envision a better America. After the readings, there will be drinks and a postcard writing session where you can write to your representatives.

The latest edition of [email protected]’s Resist Film Series focuses on the trans movement from the early ’90s to now. Screenings include Salt Mines, a film about a trans sex worker running for office in Brazil, and TransVisible, a film about Latina activist Bamby Salcedo. There will also be a short Q&A with the filmmakers and activists from New York City’s Lesbian, Gay, Bisexual & Transgender Community Center. Center activist Natalia Guerrero will facilitate a workshop. 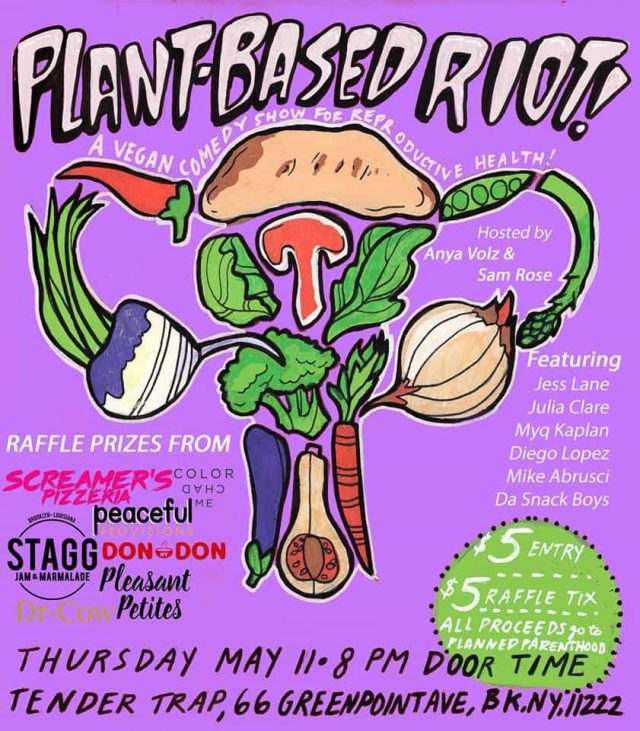 Comedians Anya Volz and Sam Rose are hosting several comedians who happen to be vegans (but won’t exclusively be making jokes about veganism) for this comedy show benefitting Planned Parenthood. The lineup includes Myq Kaplan, Julia Claire, Mike Abrusci, Diego Lopez, and Jess Lane. The show is $5, and there’s a raffle you can enter for an additional $5.

The NYC for CEDAW (Convention on the Elimination of All Forms of Discrimination Against Women) is walking from Brooklyn Bridge Park to City Hall to urge local officials to evolve the Commission on Gender Equity, which would fund programming that benefits women across the city.

This free standup show benefits the Democratic Socialists of America’s Housing Committee and helps fund their fight against the proposed development at the Bedford-Union Armory. The lineup includes Mary Houlihan, Daniel Simonsen, Raghav Mehta, and Josh Gondelman. The show is free, but donations are suggested and appreciated! 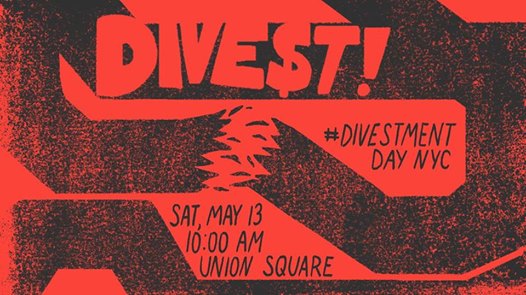 Seattle and San Francisco recently divested billions of dollars’ worth of transactions from banks that funded the Dakota Access Pipeline, and this protest is urging New York’s leaders to do the same. You can also divest your own money from the bank by switching your account to a credit union or bank that isn’t supporting the DAPL, transferring your funds there (except for the bare minimum, i.e., a penny) and telling your bank why you’re divesting.

Kids don’t get to vote, but they also have to deal with the world for longer than we do. And let’s be real, kids are absorbing the political climate and trying to understand it as best they can. This march is specifically designed for children and families as a way of encouraging kids to speak out about the issues they care about.

March for Truth and Transparency
Cadman Plaza
11am – 2pm

Next Generation Now (aka the Children’s March) and students are organizing this march for transparency. Students (and everyone else) are encouraged to attend this march demanding transparency and truth from our leaders and elected officials.

This book fair includes a full day of panels and discussions, including conversations on nonviolence, squatting, jail and court support, and more. There are 25 total events, and child care will be provided throughout the day.

Biologist Elizabeth Kriesten will explain why people dismiss facts and evidence at this event, plus she’ll give you a few tips on reaching across party lines to engage in discussion with people you, um, might not agree with. Her presentation includes techniques for de-escalating emotional tension, respectfully acknowledging beliefs you disagree with, and establishing trust and dialogue.

All proceeds from this party benefit Planned Parenthood, and you get 2 drinks with an advance ticket purchase. There will be performances by 79.5 and Saylavees; DJ sets by Edan, Mick Collins, Bob Bert, and Jo Murray; a video installation by Maximus Clarke; performance art by Imnotlost; an affordable print show; raffles; and more. 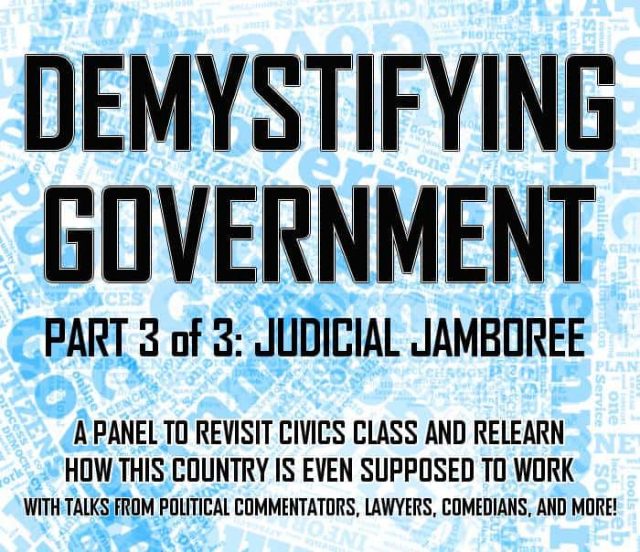 Government is a complicated, messy thing, partially because people who don’t understand their government can’t do much to change it. This event seeks to get to the bottom of how things got this way, what we can do to change it, and most importantly, how the government functions in the first place, this time with a focus on courts and the judicial system. There will be presentations by comedians, lawyers, and more, and a conversation led by comedian and lawyer Seena Jon.