Well, the dust has settled and the news is official: the tech behemoth Amazon is coming to Long Island City in 2020. Jeff Bezos, crazy ultra rich dude and founder of Amazon, also picked Crystal City, Virginia as a HQ locale as well.

So, what’s the deal? And why are so many people frustrated and disenchanted by Amazon coming to Long Island City? Well, first of all, Andrew Cuomo is offering state subsidies of $1.5 billion dollars on the promise of 25,000 jobs that will pay a median annual salary of $150k per year. This agreement also include a bullshit helipad for Bezos (yep, it’s true). Mayor Bill de Blasio has been rooting for the Amazon HQ2 since last year, too.

And why did Amazon choose NYC? They outlined some incentives in a blog post, including:

“…includes a refundable tax credit through New York State’s Excelsior Program of up to $1.2 billion calculated as a percentage of the salaries Amazon expects to pay employees over the next 10 years, which equates to $48,000 per job for 25,000 jobs with an average wage of over $150,000; and a cash grant from Empire State Development of $325 million based on the square footage of buildings occupied in the next 10 years. Amazon will receive these incentives over the next decade based on the incremental jobs it creates each year and as it reaches building occupancy targets.”

We heard this story a million times before: job creation, money in the economy, and blah, blah, blah. We all know this kind of big talk. And is that just what it is? Big talk? Word on the street is that landlords and real estate brokers are already chomping at the bit for LIC-based rent hikes (of course). And, there’s even more possible tax breaks for Amazon on the horizon. Great.

What about NYC residents? How will folks in this city even benefit? There needs to be more funds allocated towards infrastructure, housing, transit, and of course, schools. As a former NYC teacher, I find that education systems are always pushed to the side and fixing our schools is an often forgotten issue. Oh, and let’s also note that this Amazon deal will disrupt about 1,500 affordable housing units.

My statement on @amazon’s announcement of a new headquarters in New York City: pic.twitter.com/nwNVpyh1AP

Amazon is a billion-dollar company. The idea that it will receive hundreds of millions of dollars in tax breaks at a time when our subway is crumbling and our communities need MORE investment, not less, is extremely concerning to residents here.

What will come of HQ2 in Long Island City? Here at Brokelyn, we’re not so sure. But, there’s one thing we can all do: fight back. 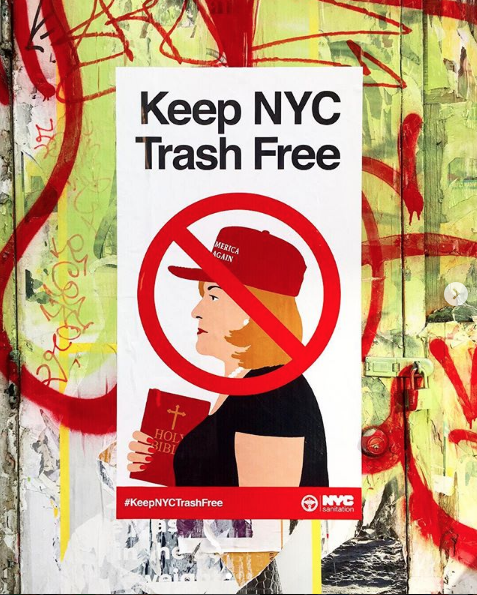 Save the city. Save the planet.