As we all know, the Trash Bar is closing, with the reason being a quadrupling of the rent if they stayed in Williamsburg. It’s the same old story we’ve heard again and again, and we’ll miss it greatly. However, the ABC crime drama Forever has put forward a different reason for the club’s closing (and has also given it a curious timeline, with a character telling us that it opened before CBGB did). In the above clip unearthed by Bedford + Bowery, the reason for the Trash Bar closing is because Cuba Gooding Jr., that fiend, has bought it and is making condos out of it. Which we guess we still can’t discount happening once Trash Bar closes for good. The condo part we mean, we’re pretty confident that Cuba wouldn’t do that to us. Lucky for us, the Trash Bar is still around for at least a little while longer, so get over there while you can and see if you can’t find where the bodies are buried. 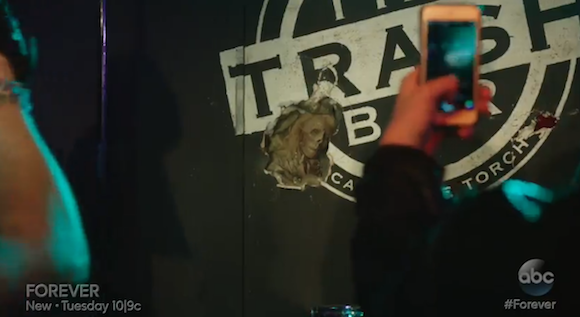