If you’ve flipped through the “home and garden” section on Netflix in the last couple of years, you’ve likely encountered one of several shows about individuals living in “tiny houses.” Tiny House Hunters, Tiny House Nation, Tiny House, Big Living, Tiny House Builders, Tiny Luxury — if you’re looking to watch people build, buy and rent very small (like, really small) but fully functional homes, you’ve got a bevy of options. But, as I recently discovered, the world of tiny homes is actually surprisingly accessible, even as a Brooklynite of modest income.

Most of the tiny house shows highlight tiny house communities, where people who hate space and love compost toilets live together, away from big cities. But there are actually plenty of true tiny homes in the Northeast available for a stay of a night or two for those curious about the Lilliputian life. And they’re certainly enticing; these things are adorable, they’re quaint, they’re pleasantly simple and, most importantly, they’re generally in nature, far from the MTA and your roommates.

There are a number of tiny houses on Airbnb and the like, but the main purveyor of tiny houses to Northeastern travelers such as myself is a company called Getaway. Getaway runs houses around the New York and Boston areas, renting out its trailer-sized homes at various sites. Now, to be clear, when I say “tiny house” I don’t just mean “small home,” I’m talking about a building only slightly larger than the average New York bedroom (although the tiny lil authority Tiny House Town sets the limit at a max of 500 square feet) converted into a fully functional home, with a compost toilet, a shower, a bed, a stove, a sink and very little else. Many of the rentals are upstate a few hours, including Getaway’s biggest New York encampment near the Catskills. If you’re uncomfortable leaving de Blasio’s jurisdiction, though, you can hang out around New York’s least remembered borough at a Staten Island tiny house. Or, go your own way and stay in Forbes’ “Most Beautiful Tiny House” here, or this beaute in Rosendale. And if you’re really daring, you can just make this movement your own and camp out on the Upper West Side like one modern innovator who refused to adhere to the petty notion of “rent.”

So, as a giant person curious about the tiny life and eager to leave the city for a couple of nights, I stayed in one of these bad boys over the 4th of July weekend and let me tell you, I am now fully a member of the cult of tiny houses. I stayed in a house referred to as “The Edward” a couple of hours north of the city in what appeared to be a former campsite since converted into a collection of tiny homes, just far apart enough from each other for some solitude. The building itself was a majestic wooden home looking not unlike the Jawa Sandcrawler from A New Hope. Everything was neatly and purposefully laid out in a manner that would make a Scandinavian designer proud; a kitchen nook with exactly four of everything, a little half-table, a bench, a huge bed and, above that, a window taking up a whole wall.

The Getaway website highlights how cut off these places are from society, which initially felt a little new-agey to me as a big city skeptic, but within an hour I was fully onboard. They include a lockbox for your phone to fully cut yourself off, which is more challenging than it seems when your phone contains any number of distractions, games and ways to see what all of your friends are doing. But soon I remembered that there was a time before cell phones and my brain reverted to a state of relaxation unheard of since the late ’90s. The whole thing was straight out of a Wes Anderson movie, which is both quaint as hell and where I can start to understand some of the Internet’s criticisms of the tiny house movement. The trend has received some flack lately via think pieces and other think pieces with the not entirely unfounded complaint that it’s a sort of vacation away from excess for the privileged. The point, essentially, is that the idea of people with plenty of resources paying to have fewer resources is problematic and insulting to those who don’t have all those resources. And that’s fair, but it’s also worth noting that one of the biggest draws of building or staying in a tiny house is that it’s way cheaper than most other options.

A night in most of the houses on Getaway will run you around $100, and the Airbnb spots are around the same, so even if it looks like Grand Budapest Hotel 2: The Reckoning, it’s actually kind of a budget vacation. So unless you feel a moral obligation to take a trip to a hotel in Boston to avoid offending writers of think pieces, there’s no need to get too hung up on the morality of a nice weekend. And who knows, if you get truly hooked on the tiny scene, maybe you can get your own HGTV show or open a Times Square tourist attraction. 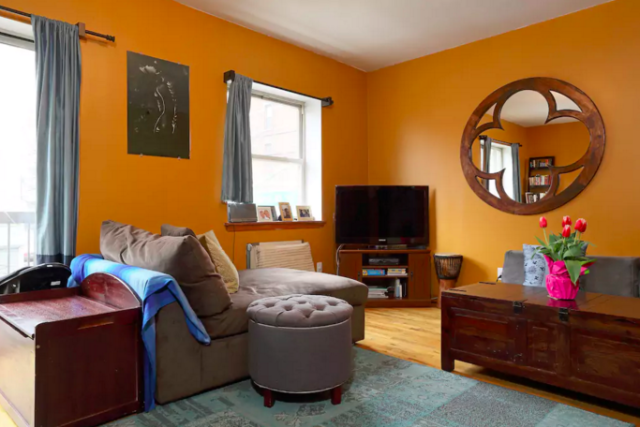 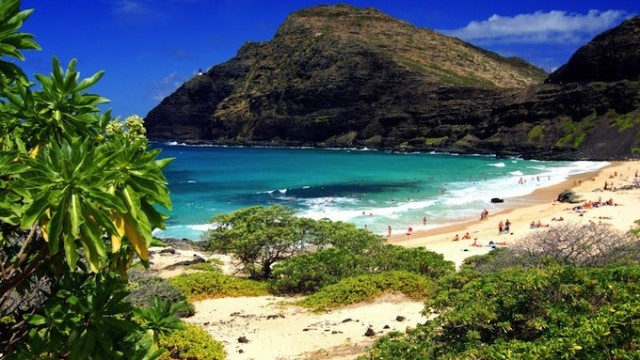 Lei-man’s work: Get paid to do some chores and live in a rent-free cabin in Hawaii