When Park Slope’s notorious Pavilion Theater shuttered a year ago this month, the neighborhood met the news not with the usual chagrin at the loss of another local business, but hope for a better theater – and also a raucous party. The Pavilion was spared a widely abhorred condo-conversion and will instead reopen as the second location of Williamsburg’s Nitehawk Cinema, a dine-in theater known for its “pre-show” screenings and indie selections.

Nitehawk plans to open in the space in the spring, but currently the building is very much in the middle of construction. A walk through the space with Nitehawk owner and founder Matthew Viragh yesterday revealed a building barely recognizable as a theater. The Pavilion’s purple carpeting is long gone, as are the seats, the second floor vending machines, the cardboard cutouts and, for the time being, many of the walls and ceilings. Viragh reported few memorable relic discoveries in renovating the old theater, although some old signage was salvaged and a few bizarre murals uncovered. Original Moorish plaster details, visible under exit signs and above archways on the lower levels, will be saved.

As the Nitehawk, the second story atrium – previously used as a graveyard for claw machines and old movie posters – will become one of two bars in the space (the other on the ground floor) and an event space. Viragh plans to leave brick exposed wherever possible and retain seven of the formerly nine screens, with two becoming one double-sized kitchen. A new neon marquee sign will be installed out front and an upstairs hallway previously locked to all but employees (which, as a brief walk through during the Pavilion’s goodbye party revealed, was incredibly creepy and mostly populated by damaged lockers, ending in a black and white tiled bathroom) will become a hallway lounge and area for theater-goers to queue up for their films.

For those who were concerned, the fire escape is in fact structurally sound.

All photos by author 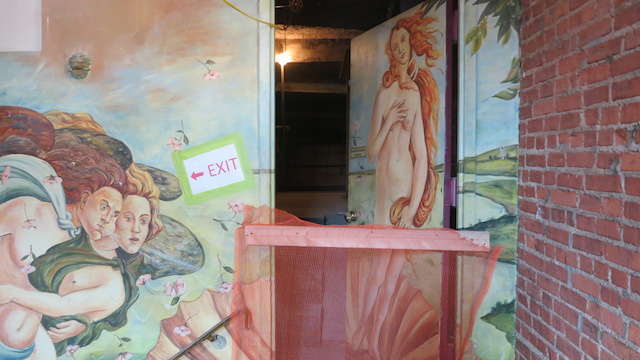 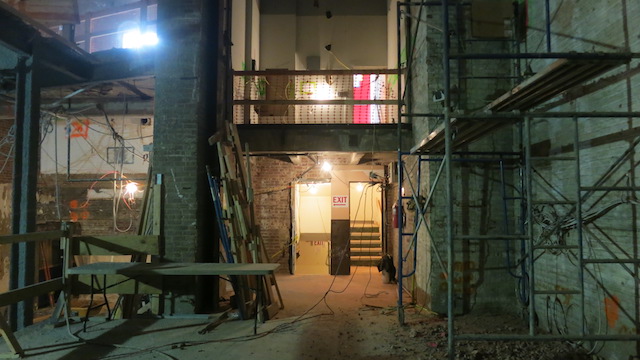 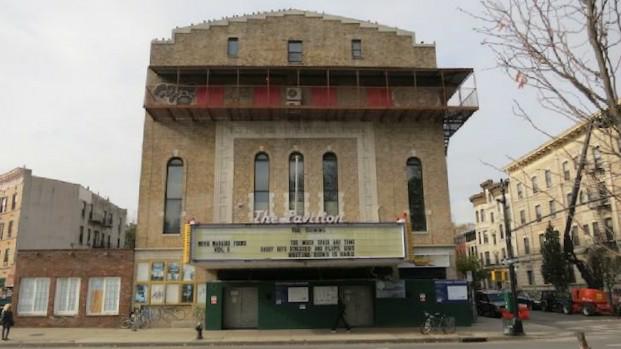 Greenpoint studios for $613/month up for grabs in city lottery

Wowzers, an apartment that cheap in a neighborhood that nice is difficult to fathom.