Trying to get people out at this time of year is almost impossible: it’s cold, and the sidewalks are still piled so high with snow that you’d think the Night’s Watch was overseeing the realm. That said, the promise of free alcohol always helps get you moving. Especially when paired with comedy, which makes your body shake with warming glee.

We rounded up a whole mess of comedy shows where you can get your hands on free booze while you take in some of the city’s best comedians. So get out there, and you can thank us when you’re drunk and ROFLing. A lot of these involve going into Queens, Manhattan or (gasp!) the Upper East Side, so that just shows you how far we’re willing to go for free beer.

Comedians Joe Stanton and Eric Silver (who you may know from Brokelyn) host Dear God That’s Stone Cold’s Music, sponsored by Magic Hat, so there is always free beer to drink (plus Magic Hat swag) while you watch comedians from the Pete Holmes Show, Comedy Central and all over. It’s a good spot for newbies too: Each event ends with an open mic that anyone can sign up for.

Every Tuesday, Videology hosts Movie Trivia, where you can prove to your friends that spending so much time talking about The Criterion Collection has its benefits. It’s not a dedicated comedy show per se, but it is hosted by  Maggie Ross, a comedian who’s performed on several Maude teams at UCB and is a founding member of the comedy troupe Poykpac. If you and your team are victorious, you get a free round of beers, and if you suck, you still have a chance of winning free booze with the bonus questions in between rounds.

If you’re really up to the challenge you can compete every week and compete for the season championship; If you’re that smart about Nicolas Cage quotes, then you will win a $150 bar tab for you and your friends.

Awkward Sex and The City

Sex stories are some of the funniest and most depressing stories, and that’s why we will always find them interesting. This storytelling event usually features some major players in the NYC storytelling and comedy scene, so prepare to hear some wild tales from the bedroom. Tickets for their next event (around Valentines Day no less), at The Pleasure Chest in the Upper East Side, will run you $15 (and they usually sell out in advance), but there will be free beer and wine all night. 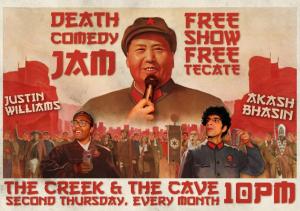 The Creek and the Cave
10-93 Jackson Ave, Long Island City
Monthly on the second Thursday; Next show Feb. 11, FREE

The free Tecate flows at this show hosted by Justin Williams and Akash Bhasin featuring the best young comics from NYC and beyond. Past performers include Brokelyn faves Jena Friedman and Aparna Nancherla.

Awkward Poop and the City 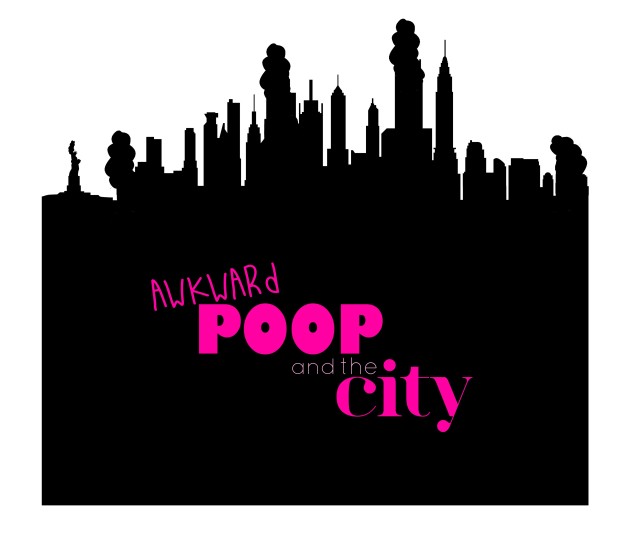 The Creek and the Cave
Monthly on the second Thursday; Next show: Feb. 11, FREE

The spin-off from Awkward Sex and the City has host Natalie Wall and comedian guests telling their No. 1 stories about No. 2. The event comes with buckets of beer on each table to help smooth over any awkwardness you might feel.

NOTE: The Creek and the Cave often has shows with free beer, possibly because, as a source tells us, it’s an incentive to get people out to Long Island City. So keep an eye on their calendar for more free beer events.

If you’re looking for more comedy shows that don’t necessarily come with free booze but are still worth checking out, don’t forget our comprehensive guide to the best free and cheap comedy in Brooklyn.

Did we miss any comedy shows with free booze? Let us know in the comments!