The dystopian present is here, and the winners of this just-opened affordable housing lottery will be able to watch the world burn from a cushy luxury rental in this glassy new apartment building. The Blade Runner-esque structure at 86 Fleet St. in Downtown Brooklyn has 29 newly constructed units set aside for those earning 60 percent of the area median income, which quite literally translates to The Middle Class of DoBro (so, one- to six-person families with a combined household income between $30,446 and $63,060 a year).

The 32-story, 440 unit boasts a gym, lounge, “party room:, children’s playroom and roof deck, Brownstoner reported. There’s no application fee, no broker’s fee, and, if you happen to be one of the lucky few to win a unit lease, no smoking in the building.

The developer is Red Apple Group, best known for being run by the billionaire Gristedes Foods CEO John Catsimatidis.

As with all affordable housing lotteries, a percentage of the units is set aside for applicants with disabilities and municipal employees; preference is given those already living in the Brooklyn Community Board 2 area.

There’s a host of other fine print details you’ll need to worry about if you’re Section 8 or have a different type of rental subsidy.

For details on how to apply, go to NYC Housing Connect and submit your dreams of affordable living to the void. The numbers are not in your favor, but that doesn’t mean you should abandon all hope.

Applications are due by March 28. 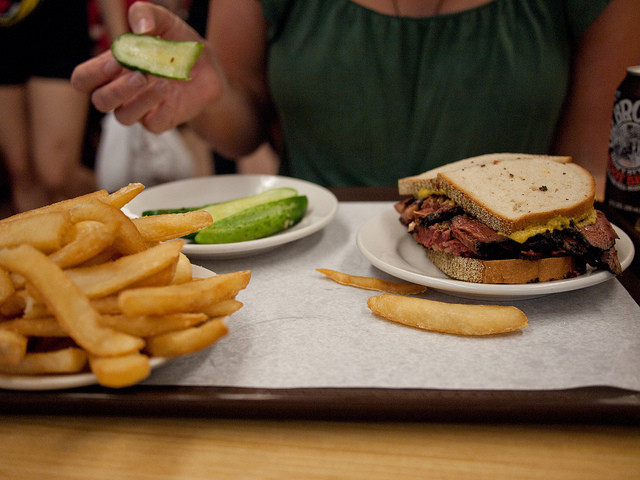 Earlier this year, a rumor was launched into the world that Lower East Side staple Katz’s Deli would be expanding into Brooklyn, […]