Last night at a benefit for 826NYC at the Bell House, Fred Armisen continued his crusade to keep New York City accents alive, one wacky improvisation at a time. Instead of having an audience just shout the accents they wanted to hear at them, Armisen had people walk up and suggest accents, as he ran through  Richmond Hill, Stuyvesant Town, Kips Bay, Murray Hill, the Lower East Side, Tribeca (no accent), East Village, The Bronx, Park Slope, Roosevelt Island, Morningside Heights, Astoria, Bay Ridge and Crown Heights in six minutes of improvised accents. While the bit is funny, Armisen should watch his back, because you never know the day that the Brooklyn Historical Society forces him to be a permanent, accent-spitting exhibit. 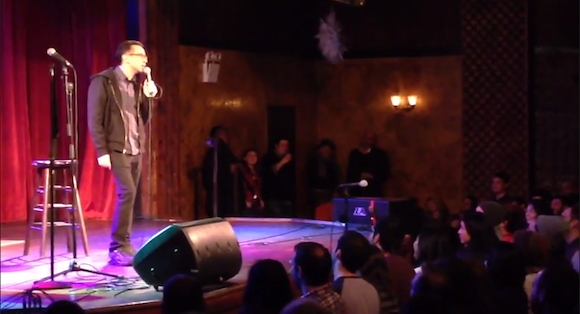