Wake up, America. While we busy ourselves debating Wall Street, immigration, healthcare and gun control, Big Soap is walking all over us. We go through life thinking we need one soap for our hands, one for our body, one for our face, our hair, our clothes, our dishes, our apartment. But why? Are they really that different from each other?

No, they aren’t, and I’m the living proof of it. Because in a recent pit of frugality, I put Big Soap to the test and found that even $1 dish soap can pretty easily handle all of your basic needs (given that your standards aren’t “high”). Being a groomed, sanitary adult in New York is already expensive enough — you’ve got rent, pizza, alcohol and a therapist to pay for. So why waste your money on five different versions of the same thing? Granted, if you value a long-lasting washing machine, soft hands, durable clothes and rash-free skin over convenience and savings then sure, throw your money away on soaps or spend up on a fancy $14 multi-use cult soap. But if you’re a garbage-person like me: Forget it! Dish soap works just as well, and I’ll tell you how I figured it out. Heed my story and then lather, rinse, repeat.

A New Dawn, A New Olay, or: Dove at First Sight

My first foray into sudsy freedom began in a simpler time: February 2010. I was a junior in college, studying abroad in Berlin, and dead broke. Being in college is already expensive. But add to that a sudden limitless access to beer, a total lack of employment and astronomical ATM fees abroad, and you get someone who needed to save money wherever he could. So instead of shopping for high-quality household essentials, I bought the cheapest, roughest toilet paper on the market — something called “Quark,” not to be confused with the thing halfway between cottage cheese and sour cream — and a bottle of what looked like blue dish soap.

What kind of soap was it? I still don’t know. My German wasn’t good enough to decipher whether the bottle was meant for my body, clothes or dishes. But at the time, it suddenly occurred to me: it doesn’t matter, it’s just soap. Sure, I could buy dish soap, laundry soap, hand soap, body soap, shampoo, counter cleaner, ad infinitum. Or, I could just buy this soap and see what happens.

I took the mysterious bottle home and tried it out on my dishes first; nothing exploded. Next, I tested the waters with hand soap; didn’t die. I put a little in with my laundry, too. And finally, the white whale: I used the soap as a body wash, shampoo and conditioner.

Putting it to the Zest

How did my mystery soap fare in each department? As a dish soap: perfectly. Only confirming my suspicion that this mystery soap was born to clean my generic Ikea plates. As laundry detergent: it blew me out of the water. My clothes were stainless and smelled as clean as ever, and the washer didn’t explode in a sea of bubbles as I feared. As a hand soap: it got the job done as well as any dollar store Dial knockoff — which is to say, fine, albeit a little dry. As a body wash: it left me feeling squeaky clean. Occasionally a little irritated perhaps, but again, no more so than any dollar-store body wash. As shampoo/conditioner: totally adequate. My hair was clean and relatively soft even if it smelled a bit like Mistolín.

Across the board, the same verdict: it’s no Whole Foods raw body soap, no Kiehl’s … but as a person who wasn’t buying any of that anyway, it was at least as good as all my discount soap variants combined.

As it turns out, there’s actually some science to back up my own less-than-technical study. Stephen McNeil, a professor of chemistry at University of British Columbia – Okanagan did an entire interview for NPR a few years back about the Big Soap Lie. According to McNeil, most every kind of soap is made up of the same few ingredients with one or two extra things that are usually just about smell or even the illusion of cleanliness. Regarding interviewer Andrea Seabrook’s bevy of bathroom products, McNeil said, “I think you would find a remarkable similarity on the ingredients list and certainly the functions that the primary ingredients are serving is going to be the same.” He went on to explain, for example, that many shampoos release suds that don’t actually clean anything; they’re just there for the visual.

“You know, we believe the advertising,” McNeil told NPR. “And if you don’t have bright, shiny, glossy hair, then you’re a worthless human being who deserves neither love nor success.”

As for me, I logged about four months as a very love-deserving, decently successful One Soap guy (at least for someone in college). But alas, while that life might fly overseas, America just wasn’t ready. I returned home eager to spread the gospel of One Soap (All-One!), to run through the streets screaming, “Wake up sheeple! It’s all the same soap!” only to be mocked and scorned by non-believers.

“That’s disgusting,” they said. “Your skin is obviously irritated,” they said. “How expensive is hand soap, really?” they asked. And sure, maybe I was only saving a few dollars with my scheme. Maybe my skin was a little flakier than usual. Or maybe they just weren’t prepared to face the plausibility of my (and McNeil’s) soap theory: that those extra dollars do add up, that drugstore body wash isn’t any better, and that Johnson & Johnson (a family company) has been keeping us down for far too long.

I say it’s time to stand up for our right to affordable cleanliness. Follow my example and don’t listen to the haters, the Mrs. Meyers, the Señor Zests, or the Johnny Irish Springs of the world. As long as you don’t mind springing for lotion in the winter months and smelling neutral-but-clean all the time, quit wasting your time with variety! It’s a no-brainer, you’re broke, you’re not buying $50 prescription shampoo anyway, so take the plunge and join me. The soap’s fine! Who’s going to judge you? Not me, that’s for sure. 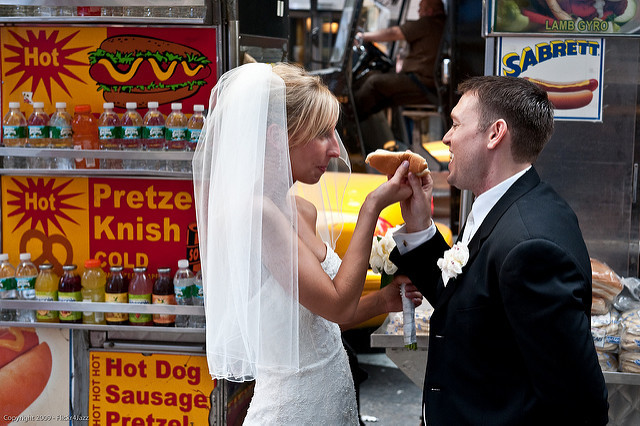 As this summer’s self-appointed Hot Dog Princess of Brokelyn, my responsibilities have ranged from educating the masses by shining light on the […] 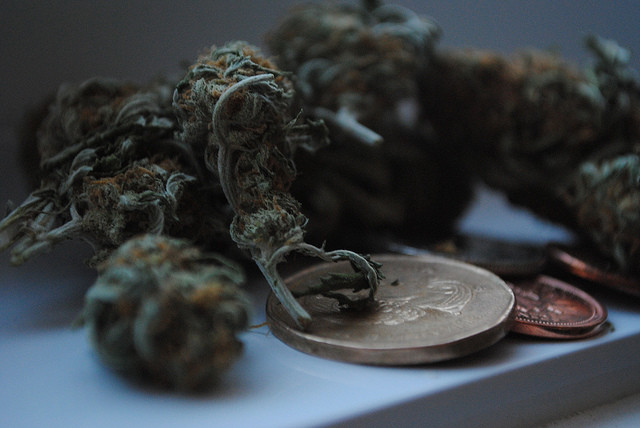 In case you’re thinking you pay New York premiums on everything, it turns out an eighth of weed goes for $50-60 in Sarasota, Fla., about standard […] 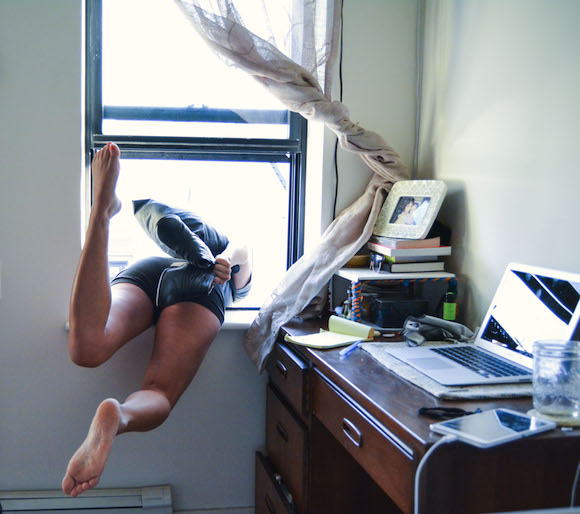 Bed to bed debate: To ghost, or not to ghost? The morning-after dilemma

We all know what it is to wake up next to someone the morning after getting down, see them lying there, and […]