If you’re ever feeling a bit peckish out on the streets of the city, you shouldn’t worry too much apparently, because the world has enough people who’ll just share their banaas or apples or sandwiches or even a single fry with you. At least if you’re a smiling dude in a suit they might. That’s probably the wrong lesson to take away from this video of comedian Dave Ebert wandering around Washington Square Park and asking people for a bit of their food (via Delish), but even the people who said no seemed friendly enough about it. That being said, try it at your own risk, and don’t come crying to us if something goes terribly wrong. 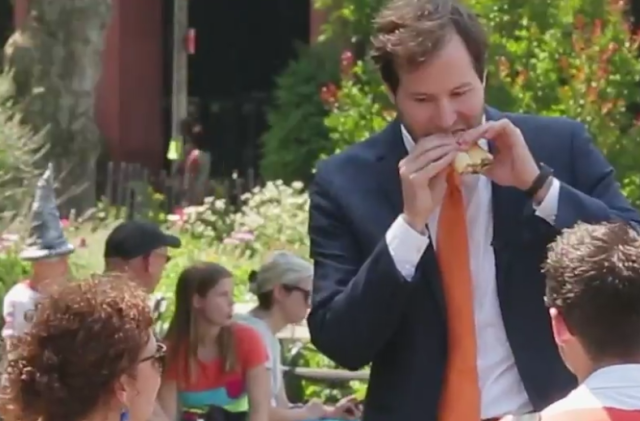