When it comes to the bright lights of New York, it’s easy to forget that someone has to make the damn things. Especially in the case of fragile neon signs, which are sadly not as popular as they used to be, even though the look cool. Making the signs is a dying art, but one that was captured by Greenpointers’ Jennifer Galatioto and some friends for their documentary Gasper & Son, which looks at the life of the family that owns Queens’ Artistic Neon as they struggle to keep doing a handmade craft in a world of cheap mass-produced options. It’s a story anyone who likes handmade items or New York accents will appreciate, which would mean pretty much everyone, right? 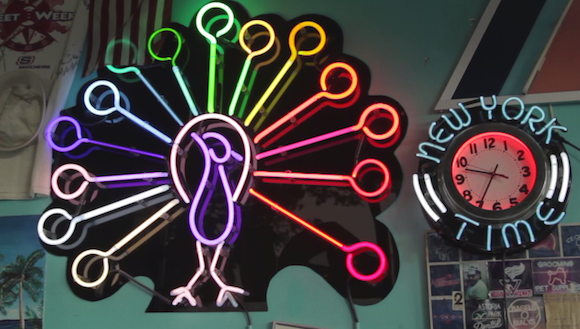