The NYU Furman Center is a leading innovator in urban policy with some of the most accessible, interesting, interactive data on New York City to be found. Their interactive information platforms, reports and infographics include a Classification of New York City’s Sub-Borough Areas based on if they’re gentrifying, non-gentrifying or higher-income, an analysis of poverty and its spatial concentration in the five boroughs, and most recently, data profiles of every NYC neighborhood.

The profiles, which focus on single or adjacent neighborhoods, include indicators ranging from the area’s racial makeup and population size, income, and unemployment rate to median rent burden, mean travel time to work and notice of residential foreclosures. There are also a number of less commonly cited local data including disconnected youth, households with children under 18 years old, foreign-born population and percentage of residents born in New York State. The data is ranked by neighborhood and cited over 10 to 16 years, from 2000 to 2010 or 2016. 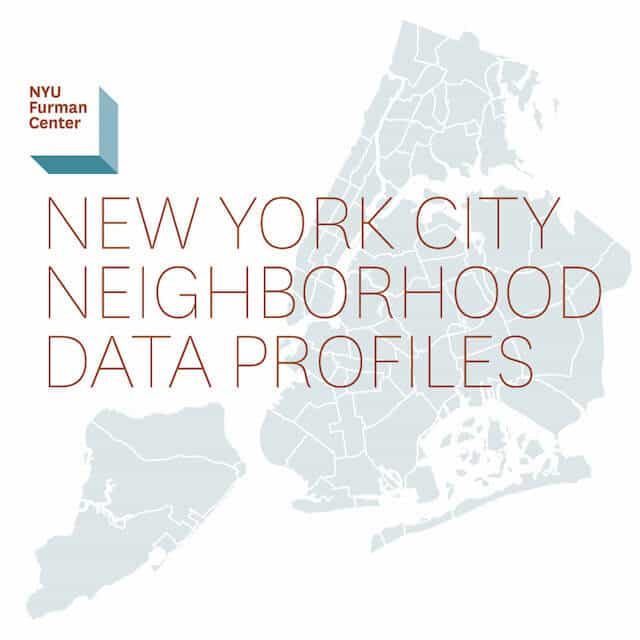 Now, before we delve more deeply into the data, let’s clarify: the much-debated title of native New Yorker can technically refer to a person native to New York State, but if someone asks you, “Are you from New York?” and they’re clearly implying New York City, and you respond, “Yes, I’m a Native New Yorker,” when really you were born beyond the five boroughs, you’re not being truthful. So long as you’re in NYC, reading local NYC blogs and otherwise consuming and interacting with New York CITY-based content, native New Yorker (should) refer to someone born and bred in New York City. In terms of data for these neighborhood profiles, however, native New Yorker refers to anyone born in New York STATE, as clearly specified.

See where your neighborhood ranks: