“Maybe I should start wearing belts with seafood on them.”—Lincoln, gesturing at a sea of bros in their finest pastel button downs and khaki and lobster insignia. Jaime has passed his citizenship test, and Abbi has smuggled them all aboard a booze cruise via her roommate Melody’s law firm to celebrate. Because after all, in America, you can be a legal citizen but still a social alien. In episode 7, Abbi and Ilana and the gang of misfits struggle to assimilate among the higher classes aboard the “Citizen Ship.” And as always, we want you to learn from their mistakes. Without further ado, we present: The Do’s and Don’ts of Social Climbing.

1. Don’t underestimate the power of tears in manipulating disgruntled, overworked, underpaid middle management on your way to the top. Abbi and Ilana succeed in boarding the ship by causing a scene and fake crying and generally being so obnoxious that the ship concierge lets them on because she doesn’t give a fuck anyway or have time to deal with their high maintenance shit.

2. Do know who you’re dealing with. Once you’ve crossed into fancy land and you’re excited for all the free shit, don’t forget the gatekeepers might be intolerable. You gotta be in and out quick with the small talk. Our girls do a fine job with the ship’s one-percenters:

“So where do you guys live?”

In unison, they answer, “Murray Hill. But I’m moving to Williamsburg!”

3. Don’t be seduced by sociopaths with social connections.

Melody’s boyfriend, none other than the notorious Bevers, is aboard the ship (true to form, we never set eyes on Melody herself). Always looking to maximize fun at minimal effort (as are we all), Abbi and Ilana are game when the devil himself suggests they raid the liquor room. Bottles in hand, the door shuts and they’re trapped in the booze cellar with the most insufferable being in the world.

Abbi and Ilana’s misfortune at least gets us this line: “I have honestly always thought that we’d die in each other’s arms at sea.”—Ilana

4. Do: Smile and nod at whatever the rich boy says.

In one priceless scene, the newly-naturalized Jaime is doing his best American impression to Lincoln, “I love hamburgers, and I love DUI’s,” when a boat bro overhears him and says, “Hey bro, do I know you from Michigan State? Were you Delta Sig?” Jamie hardly misses a beat, saying, “That’s correct, bro, I was a frat bro upon the campus.” 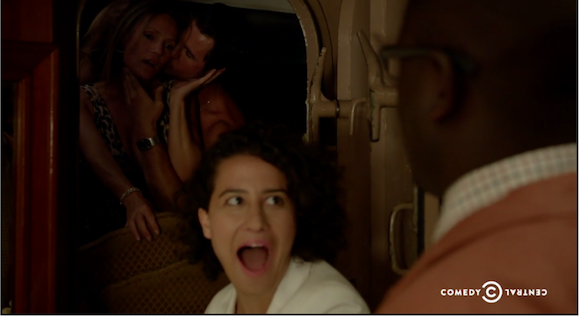 And last but not least…. 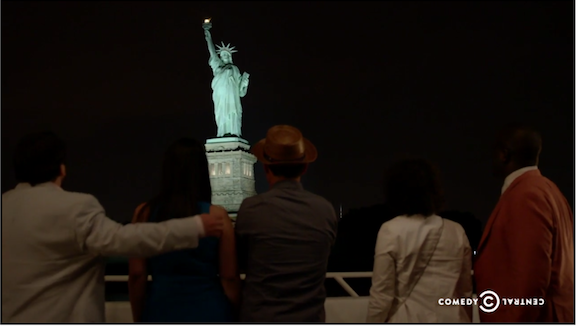 While you may board many stately ships in life, don’t forget the dingy dinghies of your youth. Stay true to your homegirls and boys, always.

‘Broad City’ Brokester tip of the week: Freeloading comes at a cost. Check your dignity at the door.