The MTA once explained the problems that a single delayed train can cause on an entire line with a 16-bit video that was cute, but didn’t do much in the way of proposing a solution. Now though, we’ve got a proposal from Pretty Good Videos, pitched as a newscast from a future where subway the interior of subway doors have “2500 tiny titanium spikes” inside them, to discourage riders from trying to hold them. It’s a harsh measure, but as as is pointed out in the video, it could make the trains run on time.

We wouldn’t hold our breath for this, because even if the MTA got over the whole “death and dismemberment” thing, their capital plan is already filled to the brim with plans like expanding the use of countdown clocks, phasing out the MetroCard, repairing our crumbling existing subway, building new stations and ordering new cars for beleaguered lines like the C. And that’s before the very distinct possibility that the state raids the money they’re promising to put towards the MTA to pay for new highways or something. The idea of retrofitting every subway car door with spikes could be effective, but the feasibility of instituting the change is pure fiction. 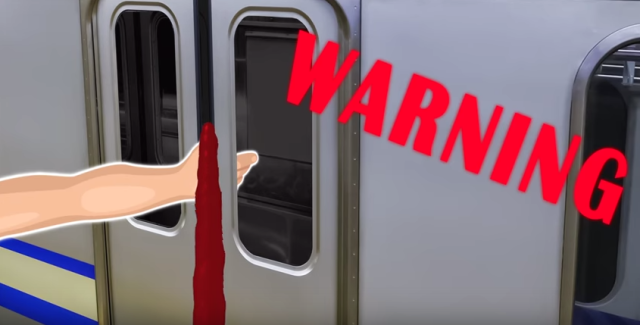