Donald Trump may be a senile idiot who conned his way to the presidency, but the people around him are really getting stuff done (or trying to, at least). Last week, the U.S. pulled out of the UN Paris Agreement, and oh, by the way, there’s a massive crack in the Antarctic ice shelf that grew 11 miles in a week. It’s fine. Everything is fine. We’re all fine.

Anyway, the good news is there are plenty of ways for you to get involved (and help save the planet) this week, including protests, community meetings, and more. As an added bonus, a group of racists is having an anti-Muslim protest (which they’ve branded as anti-Sharia, but just go look at their Facebook page) that you can counter-protest. Speaking of Islamophobia, here’s a video of Trump administration officials calling the Muslim ban what it is, and then backtracking.

Remember this? A number of Trump's top aides say it's not a ban, it's not a ban.
Trump today: it's a "TRAVEL BAN" pic.twitter.com/ZF8yWxB5rd

Marshals help protesters at demonstrations, including de-escalating potential conflicts and serving as communication between police and protesters. Rise and Resist is providing free marshal training for anyone who wants to get more involved in the group’s direct actions and protests. 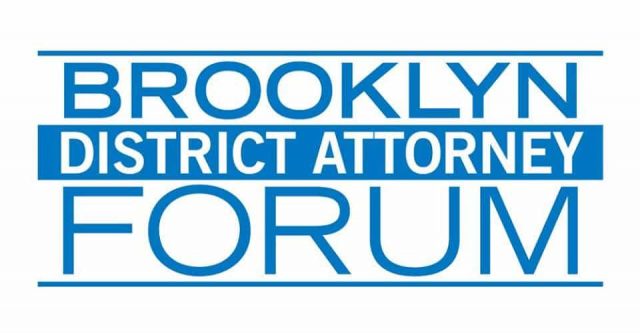 The Brooklyn Reform Coalition and other community organizations are hosting the Brooklyn DA candidates for a public forum this week. Attendees will have a chance to hear from the seven candidates and ask questions before casting their votes in the fall. 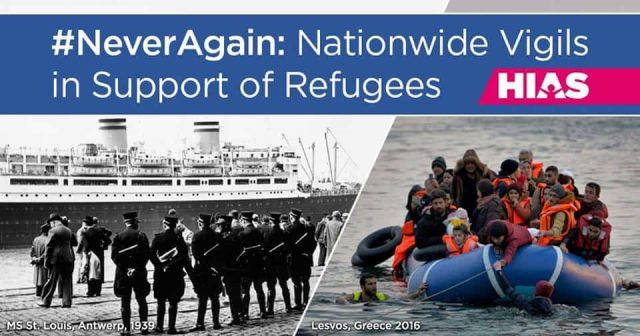 In 1939, the M.S. St. Louis carried over 900 Jewish refugees to the United States before being ordered to return to Europe on June 6. More than a quarter of the refugees on board later died in concentration camps. The Brooklyn Synagogue Coalition for Refugees is having a candlelight vigil for today’s refugees who are similarly being denied entry into the U.S. There will be speeches by several religious leaders, a candle lighting, group singing, and a performance by public school kids.

The CyPurr Collective (formerly CryptoSquad NYC) is hosting a discussion on how you can protect your privacy and assert your rights while crossing the border or taking a flight. Border Patrol officers are (sometimes) allowed to look at travelers’ phones at the border, and they (sometimes) enforce this ability, especially on people they deem “threatening” (i.e., the same people who are already getting a lot of shit by the TSA and in airports generally).

In the wake of Trump’s decision to pull out of the Paris Climate Accord, local climate policy is incredibly important. The Citizens’ Climate Lobby is hosting their ninth chapter meeting, where they’ll be discussing ways to push for climate action policy at the local and national levels. 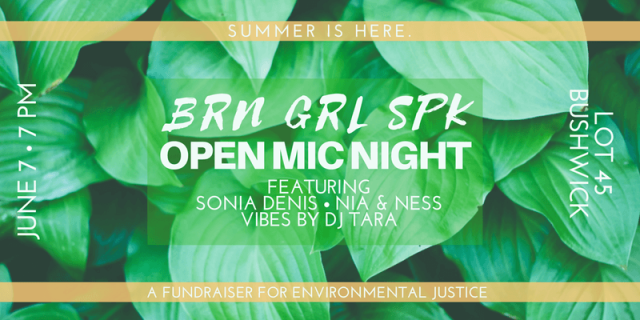 This summertime open mic night, hosted by BRN GRL SPK, is donating all proceeds to WE ACT, a local environmental justice organization that pushes for environmental legislation and community empowerment benefitting communities of color throughout the city. Performers can begin signing up at 7pm, and performances begin half an hour later. There will also be drinks for sale!

You know all that stuff about confirmation bias and people living in bubbles? It’s kind of true. This meeting at the Brooklyn Art Library is designed to help you talk about social change to people outside your circles from artistic, academic, and activist perspectives. Special guests include creative director Christine Arroyo, activist and organizer Nantasha Williams, and Lisa Zaval, a postdoctoral research scientist at the Center for Research on Environmental Decisions. 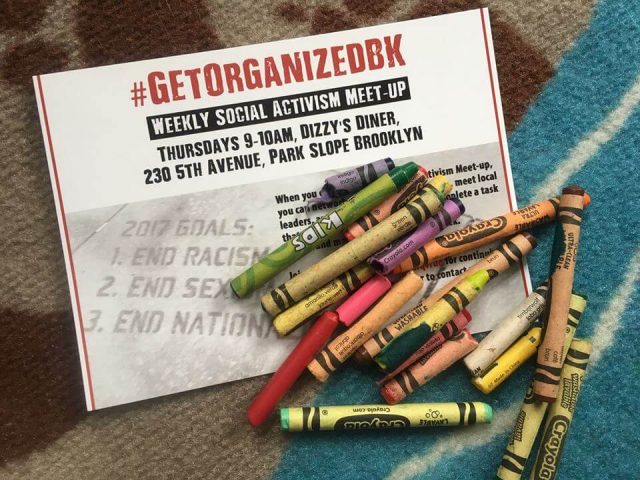 Younger kids can color while older kids, teenagers, and parents write to their representatives at this family-oriented activist event hosted by GetOrganizedBK. Attendees can write to any representative they want, and there will also be a campaign directed at Education Secretary Betsy DeVos.

Come discuss Greenpoint and Williamsburg’s park issues with NYC Parks officials and leaders from OSA end El Puente at this meeting. A light dinner will be provided.

Food & Water Watch needs help gathering petition signatures urging Chuck Schumer to fight against Trump’s least-climate-friendly policies, including slashing 31 percent of the Environmental Protection Agency’s budget and laying off 20 percent of its workers. They’ll be meeting on the corner of 14th St. and University Place, and anyone interested in helping out should RSVP to [email protected] 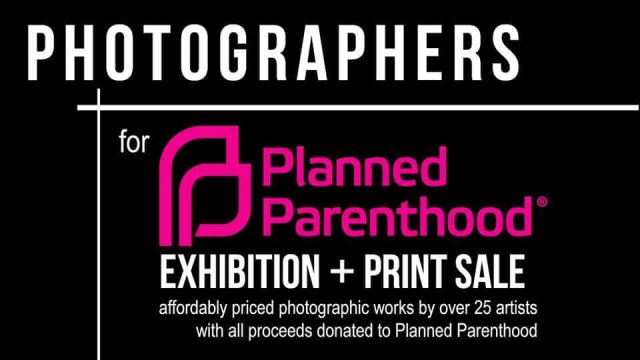 More than 25 photographers are selling their works, all priced below $300, with all the proceeds going to Planned Parenthood. Many of the artists will be in attendance, and beer and wine will be served.

ACT for America, one of the largest anti-Muslim hate groups in the U.S., organized a march against Sharia with speakers including Gavin McInnes, a self-described “western chauvinist.” These “activists” stereotype all Muslims as radicals and contribute to the climate of Islamophobia that has been growing since Trump took office. Counterprotesters plan on driving them out (or at least drowning them out) and showing the world what most New Yorkers actually stand for. 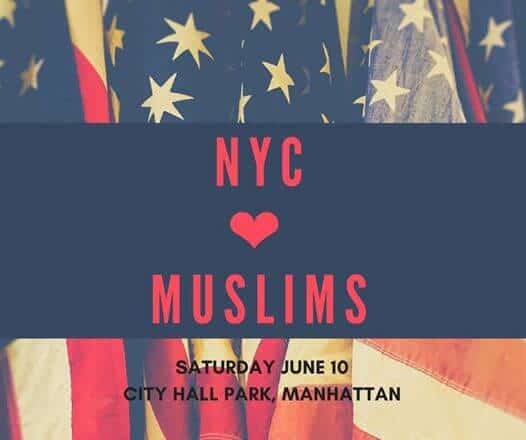 Another pro-Muslim rally is kicking off at City Hall Park, from where protesters will march to a still undisclosed location. Organizers are encouraging everyone to bring signs as long as they aren’t on poles or tubes. 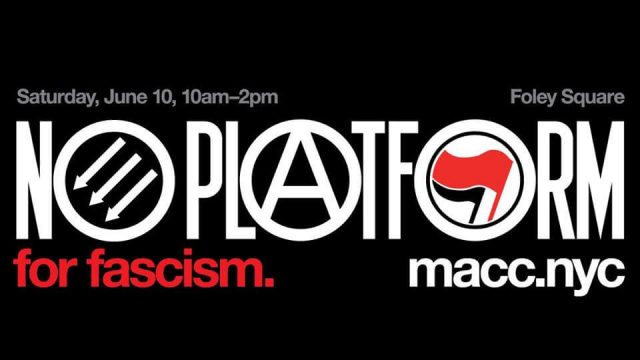 No Platform for Fascism: Noise Demo Against Hate
Foley Square
111 Worth St., Manhattan
10am – 2pm

Antifa and others are leading this noise demo to drown out ACT’s Islamophobic rally, and they’re making it clear it’s about more than the First Amendment or “free speech.” Language that incites violence against certain groups (in this case, Muslims and people who “look like Muslims”) unsurprisingly often leads to violence. 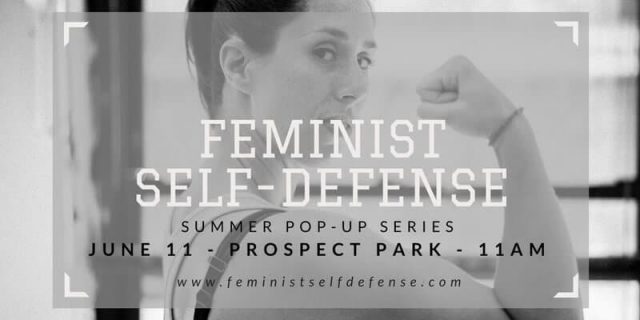 This one-hour self-defense workshop is based in Brazilian Jiu-Jitsu, and participants will learn skills including how to evade and escape physical control, neutralizing an attacker, and more. The workshop is donation-based, and donations of more than $10/person will help pay for courses for women with financial need. 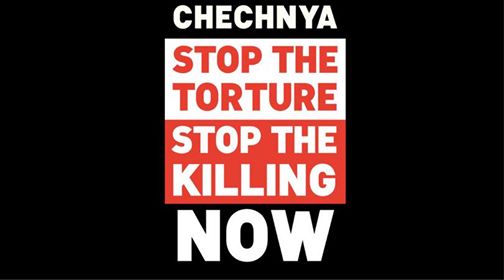 Protesters are gathering at Christopher Pier in Manhattan to protest and bring awareness to the “gay purge” occurring in Checnhya. A reporter from Novaya Gazeta who said at least 100 men were imprisoned on suspicion of being gay has gone into hiding, while Chechen leader Ramzan Kadyrov claims the extermination of gay men is fake news because no gay people exist in the region – anyone who identifies as LGBT is a “fake” Chechen.