If you hadn’t heard, there have been a rash of stores in Harlem, Fort Greene and Bed-Stuy putting up signs stating that people wearing hoodies or masks in the store would be charged with trespassing. Masks are on thing, but people seemed a little annoyed by the idea of criminalizing hoodies. ANIMAL New York took the ban to it’s logical conclusion though, and sent a nice young man out in front of a bodega with one of the signs to act as a coat check of sorts, but for hoodies instead of coats. At the very least, it’s an accommodating gesture. 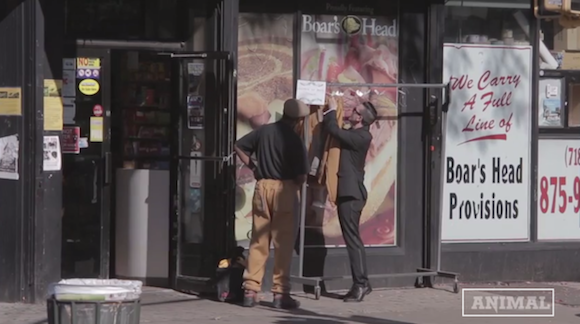