As Brooklyn continues to be built up beyond recognition, blasts from the past become increasingly surprising for the amount of sky the borough formerly boasted. The days of low-lying industrial neighborhoods are long gone in all but the furthest reaches of the outer boroughs, the city’s burned-out, coke-fueled 1980s aesthetic many years ago traded for a coked-up real estate market of glassy condos, supertalls, and amenities like in-building pet spas and gyms where once we all shared the great amenity of a visible horizon. Now, though, you can experience ’80s New York in two dimensions through the magic of tax photos over at 80s.NYC. 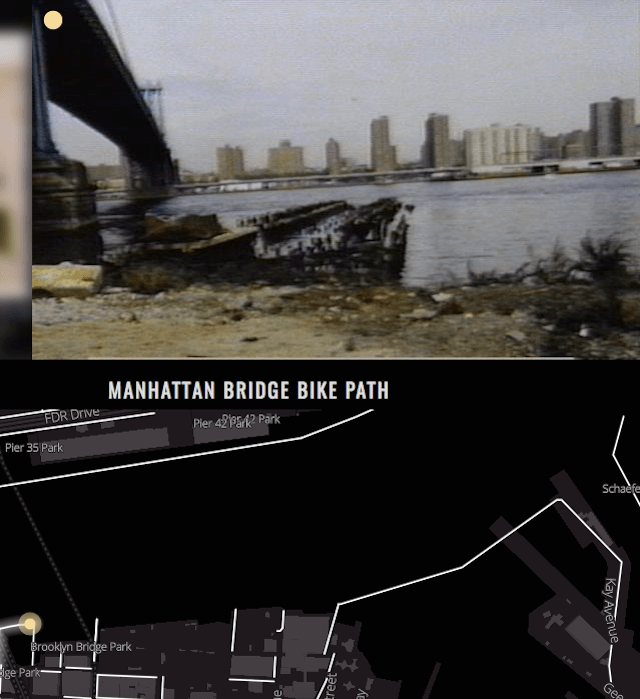 For anyone who’s ever fallen into the internet wormhole which is the NYC Municipal Archives Online Gallery, you were rewarded for your curiosity with 900,000+ poorly organized images of old New York. Over at the New York Public Library, an entire website has been devoted to mapping the library’s impressive collection of NYC photos, capturing mostly the five boroughs’ 19th and early 20th century existence. Now, two ambitious history lovers – programmer Brandon Liu and Olbrooklynheights.com creator Jeremy Lechtzin – have teamed up to create a Department of Records-fueled time warp back to the ’80s.

The site, 80s.NYC is an aerial map which allows you to click on every block in the city for which the Municipal Archives had photos taken in the ’80s and see all the photos for that strip. As well, images with interesting backstories have blurbed “stories” seeded into the pictures, and Liu and Lechtzin plan to crowdsource more.

So get your hairspray & your cocaine and groove on back with some tubular tunes and this ’80s tax map of the New York which was nearly four decades ago.

Greenpoint studios for $613/month up for grabs in city lottery

Wowzers, an apartment that cheap in a neighborhood that nice is difficult to fathom.