The Bowery Boys celebrated the 200th birthday of Walt Whitman during a live taping at the Bell House in Gowanus with a deep dive into the legendary American writer’s NYC, and specifically Brooklyn history, where he worked as a reporter and editor at many local publications while honing his writing and poetry.

Whitman was living alone as a teenager in Manhattan and worked preparing movable type for the printing of newspapers. After moving back to his birthplace of rural Long Island following a major fire that torched Manhattan’s printing district, he worked as a teacher and became disillusioned with the job, publishing his first short fiction in the 1840s. Whitman’s first fiction was based in part on personal experience. The Bowery Boys point out that one of early works “Death in the School Room,” where the teacher accidentally beats the student to death, helps to give you an idea of his passion for teaching.

Whitman became a successful writer early on and sold more than 20,000 copies of the temperance novel, “Franklin Evans; or the Inebriate: A Tale of the Times,” which he wrote at the age of 23 in 1842.

Working at local newspapers The New York Aurora and The New York Statesmen in Manhattan, Whitman gained more experience in the local journalism world before moving back to Brooklyn in 1845, where he wrote for the Long Island Star and became the managing editor of the Brooklyn Daily Eagle through 1848. He editorialized daily life in Brooklyn, even advocating for public green space in Brooklyn Heights and Fort Greene.

Political differences between the owner of the Eagle and Whitman resulted in the writer being pushed out of his editorial job for being a ‘free soiler,’ a Democrat who was not against slavery. Whitman moved briefly to New Orleans and back to Brooklyn a few months later, where he continued experimenting with poetry and reporting on Tammany Hall corruption. His only remaining Brooklyn home (of the 30 buildings in NYC he lived at) is at 99 Ryerson St., and the podcast is full of many more intriguing nuggets of the poets’ life. 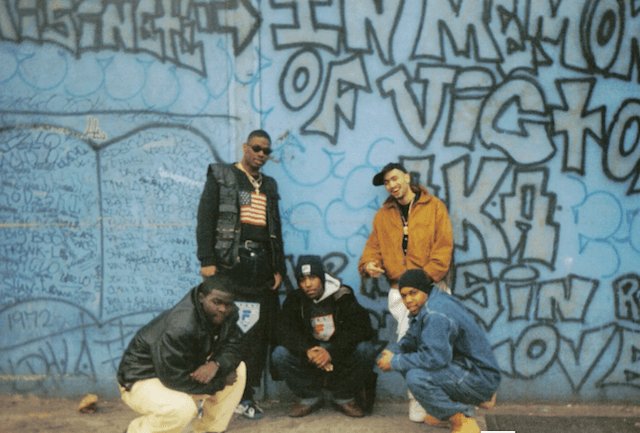 Released in conjunction with a book by the same name, the film consists of home videos showing the Lo Life crew in their heyday, boosting Polo Ralph Lauren.