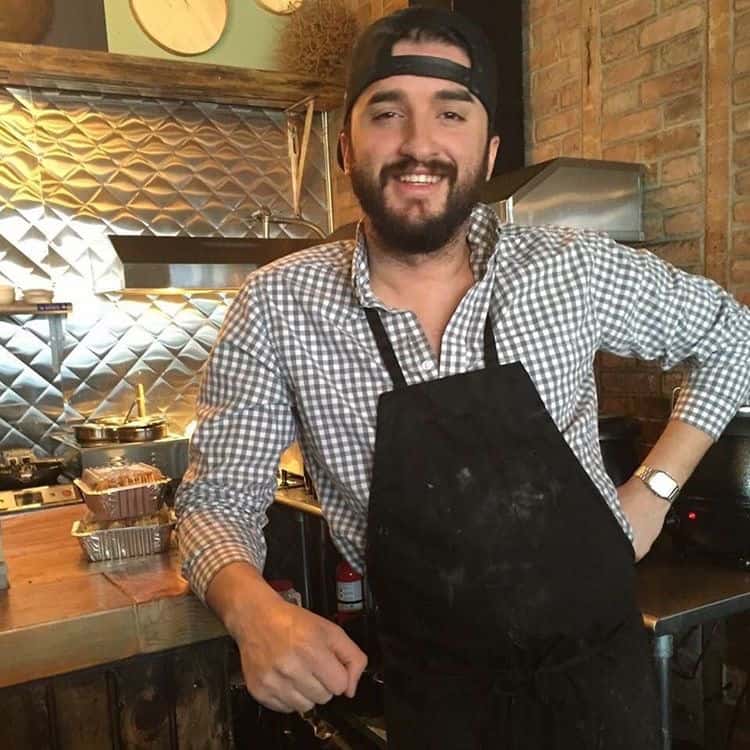 Now opening up his third business on Bushwick’s Wilson Ave., 32-year-old Cuban-American Danny Teran’s entrepreneurial skills are prolific to the point that he has earned the moniker The Wolf of Wilson. I sat down with him at his restaurant, The Wheelhouse, to discuss how he started out on this road to Brooklyn domination.

So, how’d you get started as an entrepreneur?

My parents are Cuban-American immigrants and when I came back to Jersey after college, my brother said “Let’s open up a Cuban restaurant together.” At that time food trucks were very popular so, instead, we did that for about three – four years. It was very successful, but after a while it became a little tiring and when our permits were about to expire, my brother and I said, “let’s start thinking about a new project.”

Do you have a business background?

Not formally, but I have had businesses since I was 14 years old. I started cutting hair in my basement in high school. I had about 20 clients. Then when I went to Florida for college and I had a small production company doing video and photography for nightclubs. My whole thing is that I like to learn as I go. I put myself in situations and learn on the job. I have a dozen friends that went to school for business and they are still trying to figure it out. They get out of school, but they have no experience and lots of debt. My training is life experience.

Why did you decide to open your restaurant in Brooklyn?

When I had my food trucks we were based out of Bushwick, but I was living in New Jersey, so I decided to move to Brooklyn. After living in Bushwick, I saw what was going on with the area. I wanted to bring my Cuban food, but I thought the area maybe wasn’t ready, so I created The Wheelhouse first. It is kind of comfort food for kids who are just out of college. 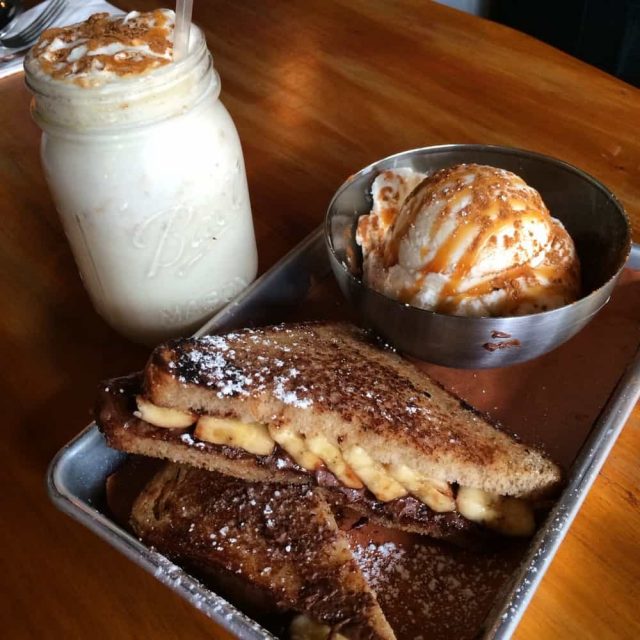 What about the vintage/thrift store you opened up next door?

I grew up garage-saleing/antiquing – it’s something we would do as a family. The space next door became available because it was owned by my landlord at The Wheelhouse, I was able to negotiate a good deal. I wanted it to compliment the restaurant. People can come and eat a little then head next door and shop. I named the shop after my father Alberto. I go to estate sales and auctions every other weekend to buy inventory for the store. I personally pick everything.

What about the latest venture?

Further down Wilson Avenue, there was a tiny coffee shop that recently closed. I thought the space would be the perfect location to do my Cuban food truck menu, so we’ll be making street food, empanadas and pastries with cuban coffees. Quick and easy.

What plans do you have for the future?

I plan to open more restaurants in the area, but I really want to open a barber shop next. Back to my roots you know and the area is crying out for a modern barber shop.

You are very involved in the menu at your restaurants?

I am the chef half the time so, yes I create the menus and make food too.

How is it being a boss at such a young age?

It’s fun and it’s challenging because you deal with a lot of different personalities. I have about 15 people who work for me and everybody has their own situation. I appreciate that everyone who works here doesn’t necessarily want it to be their career, everyone has other goals and dreams. I make sure they talk amongst each other to cover shifts or move things around. When issues come up I have to step in, that’s the hardest part because I am trying to handle so many parts of the business at once. I want to make sure everyone is paid on time and that can be tricky if a chef is off sick and I have to be in the kitchen. It can be stressful.

What advice do you have for people thinking about going into business?

Always start small. I had a writer come to me and say “I have some money, I want to open a restaurant” and I said, “well you need to go and work in a restaurant then. Be a waiter, see how it works. Show that you can make a profitable situation and then progress.” No one is going to give you money because you have an idea. You need to show practically how it will work. Do your apprenticeship – I sat in a gross food truck for three or four years. That’s not a lavish life, but at the same time I saw the bigger picture. I was learning the business. Not a lot of people can say they opened a restaurant and three years later it’s still in business and turning a profit. Seventy percent of restaurants here don’t last.

You’re right, just on my block I’ve seen restaurants come and go. What makes you a success and not them?

I think people come here and open things without a restaurant background, but maybe with a food concept. Also it’s just me in my business. I don’t have any children or a wife. I’m single, I am able to solely focus on this. A friend of mine just closed a place down, he had a wife and kids and he couldn’t spend time with them. He made his choice. It’s a full time thing. You have to really want it and nothing else. 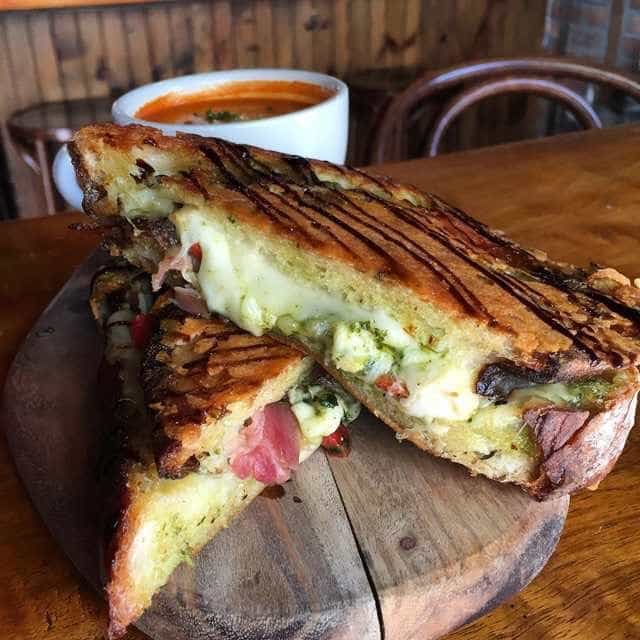 Do you think you’ll stay in Bushwick?

I want to branch out. Sometimes I spend so much time here that, when I leave, I feel like I’m in another world and I don’t like that so much! I think Crown Heights would be a great place to go to. It’s the new place to be. Williamsburg is done. Maybe Bed-Stuy?

Not with the rents being like $25K a month. Not without some backers!

Are you constantly evolving?

I wake up every morning thinking about what I can do better today for the business. I never go out. I rarely drink. Today I was finishing off the spring menu and planning the weekend thrifting. 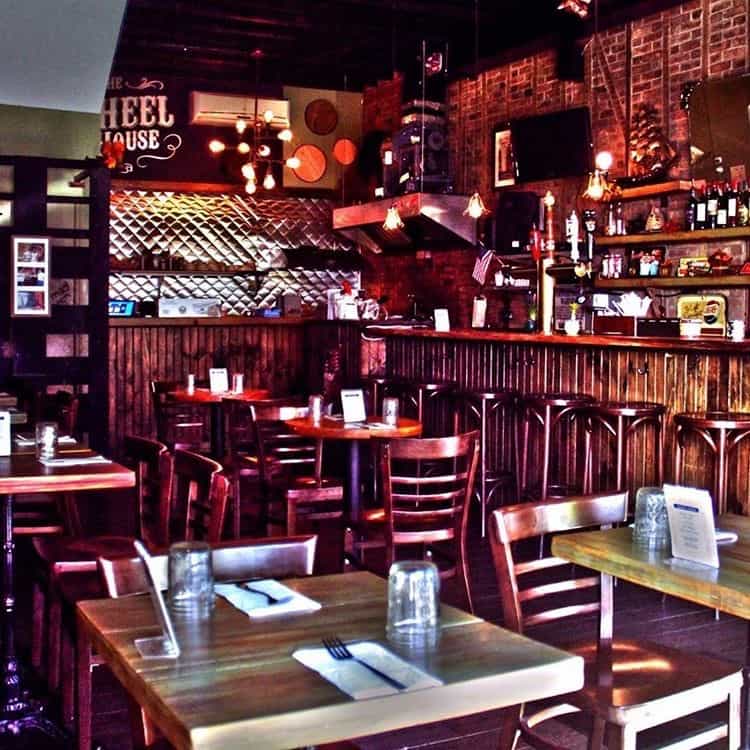 So where does this work ethic come from?

My parents. they are immigrants of Cuba. When they came here they went to college and both worked. I had an uncle and he was an engineer for NASA and then he started businesses and had a huge house in Florida. They had everything because he worked hard. I wanted that.

To each their own. There are people who like to go to school and learn that way and then there are people like me who like to be hands on and learn as I go. I don’t even like reading about Steve Jobs or successful business people because I don’t want to follow their path and try to copy what they’re doing. I like to go with the beat of my own drum.