We’re down in Austin for SXSWi interactive this week, on a panel called The Broke Diaries. (Thanks for inviting us, Nichelle!) One of our fellow misers is Emily Farris, the lifestyle editor of the Kansas City Free Press who used to live in Brooklyn and now rents a room in Windsor Terrace for $200 a month. Better still, she found this crazy deal on Craigslist.

Here’s a pic of her ridiculously spacious room, and how she wangled it:

“I lived in Brooklyn for 9 years and moved to Kansas City. I needed a place to keep books and a bike and to sleep when I came back to New York every couple of months. I figured there must be someone out there who wanted that situation, so I wrote on Craigstlist—in the housing wanted section—that I wanted a place for my bike, some books and a bed, and I’ll pay you $200 a month.

“There was a woman whose boyfriend had just moved out and she wanted to pay $200 less a month for rent. She had a spare room she was using for storage–a 16 x 10 bedroom with a bathroom and a walk-in closet. So she was happy to have me move in.” All of her furniture came for free from a friend who was moving out of town, including this rad Deco dresser.

“I posted on Facebook that if anyone was getting rid of furniture to let me know first. My friend happened to be leaving her apartment and didn’t want to bother with selling her stuff, so she just gave it to me.”

Emily says her part-time digs are “better than any bedroom I had when I lived in Brooklyn full time,” she says. The moral of her story? Just ask, and ye… know the rest. Craigslist San Francisco, here we come. 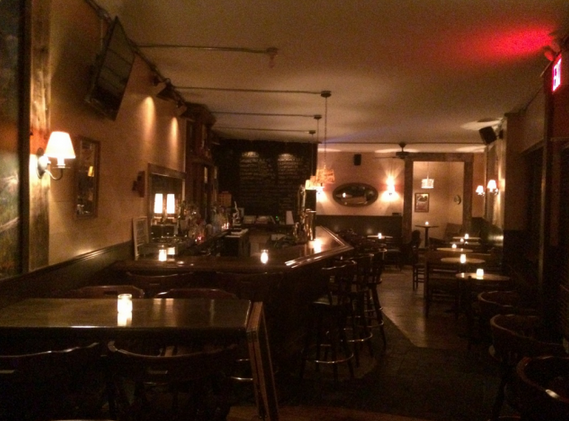 Bars We Love: Escape to The Adirondack

The bar Windsor Terrace has been waiting for is a welcoming, down-to-earth date spot and a place to beer up after working up a sweat in Prospect Park. 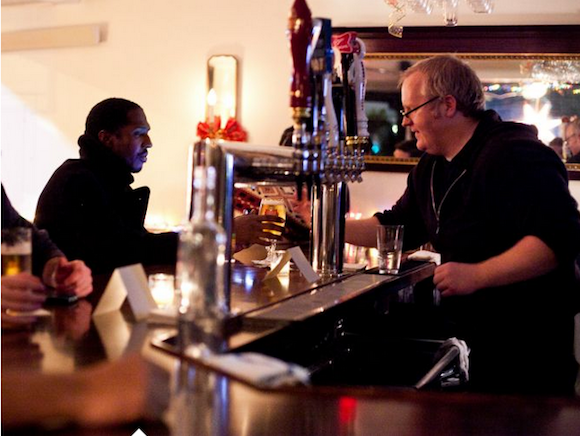 Bars We Love: The top-notch Hamilton’s!