For the last few days I have been the victim of an internet troll. Hardly newsworthy or even that surprising given I write for various online publications. Most of my work is met with a mix of positive and often negative reactions and that’s okay – it is the nature of the beast. When I interviewed the wonderful Jun Kanai, US Representative for Issey Miyake Design House, and she told me “Ruthie, it is so easy to criticize, but it is so difficult to create”.

Recently though, the online bullying I received was in more of a slut-shaming manner and from what turned out to be mother of two in her late 60’s. This bashing of a woman by another woman for their appearance or lifestyle choices simply has to stop. One of the articles she trolled was my workout piece for Brokelyn. The comment has since been removed but here is a screen grab.

In my defense, I suggested in the article you should wait until there were not children around and that if there were, permission should be granted by the parents first.

Unsure of what to do I turned to two friends of mine who base their whole careers on being half naked, funny and strong. Here is what they had to say on the matter. 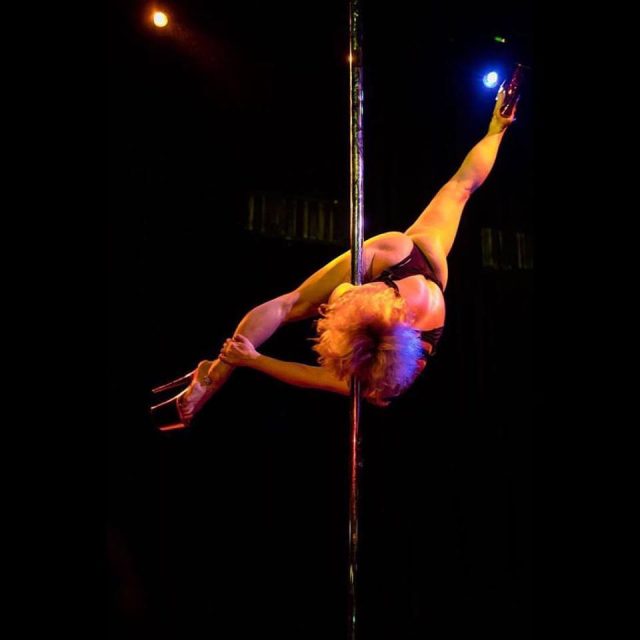 Marcy: What is beautiful is that I almost never have to deal with haters. Anyone who actually takes the chance to see me live, even on a pole, has their eyes opened and really respects the strength and beauty of it. What concerns me most about this, is the impact she is having on her children. If they’re boys, she’s raising them to slut shame. If they are girls, she’s just contributing to what’s known as rape culture. Perpetuating the idea that “being upside down” or “wearing workout clothes” is sexual. She is the one putting a dirty meaning behind being strong enough to do a pull up and go upside down.

My body looks how it looks because I haul my own body weight over my head every day. My athletic and gymnast-like physique is an unintentional result of my professional work as a pole acrobat and aerialist. I’m very proud of it and everything it can do. I will never apologize for my well-developed lats or defined abs. If anyone thinks it’s ugly, usually that person, man or woman, is just intimidated or misinformed.

Do you ever get any slut-shaming comments about the outfits you wear to perform in?

Nope. I never get hate for my outfits. I very much embrace the burlesque style and aesthetic aside from pole needing skin showing. There are people who misinterpret burlesque, they think I’m “doing it for men.” When men aren’t even the ones most into burlesque.

What do you think of this kind of harassment coming from a woman?

As women, sometimes we are our own worst enemies. To shame someone for their body, clothing, or exercise choice is contributing to an anti-women and pro-rape culture. Tearing one another down with this kind of talk is just as damaging as “locker room” talk. We have to stick together, lift one another up, and celebrate women being strong in both body and mind.

I wonder if perhaps this person, being a baby boomer, did not have the opportunities us younger women have today? Maybe it is infuriating to see strong young women having so much autonomy?

I don’t think my mother, who is almost 70, has felt so empowered in her life and made lots of decisions about work etc. that revolved around my dad, so I think she wanted me to not make those mistakes. She always encouraged me to travel even though she never did herself. I guess other women her age could be bitter. 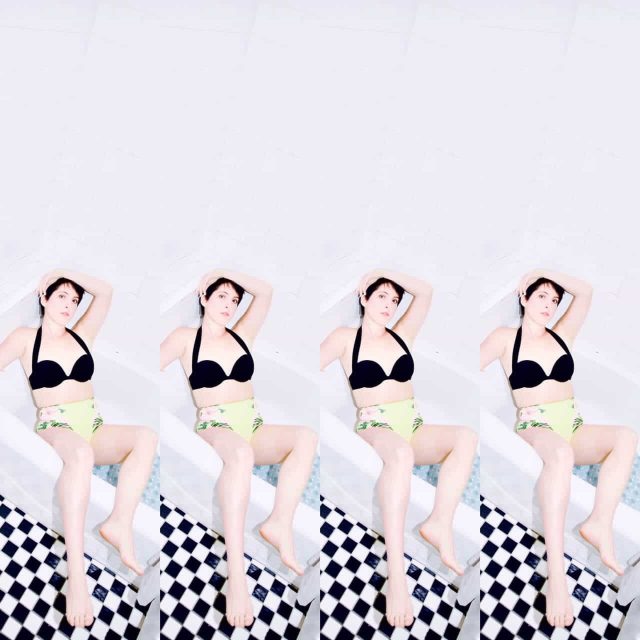 Abby Feldman is a writer and performer on the Netflix show Gringolandia and performs stand up in New York and Los Angeles. She hosts a weekly Facebook Live event called Moist, where she answers viewers’ questions whilst lying in her bathtub in a bathing suit.

Abby: I love how you’re nodding like this is a real interview.

It is a real interview, Abby just because you’re not wearing pants doesn’t make it less real.

I love you ha!

So tell us about Moist.

Moist is a late night advice talk show that takes place in the bathtub. The premise is coming from the word itself –I talk about the things that make people uncomfortable. The reason for the bathtub is because I am really busy and a couple of weeks ago I was in the bath relaxing and I couldn’t relax, so I started an Instagram live. People were really responding. I think the reason I haven’t received too much hate so far is because with Facebook Live, it’s my friends and people who have chosen to like my page. When I’ve been on a television show, I’ve noticed that about one third of those comments would be “slut” “whore” “who’s this girl?” You laugh at it.

Do you feel comfortable in a bath with a bunch of people watching you?

So comfortable. The angle of the camera is so great that whenever I see it I think: I look amazing! I’m in my bath, I’m relaxing, it’s warm.

What do you think of my trolling situation?

I think there’s a lot of people who are really sad and not happy with their lives. It’s an outlet to be able to attack someone you don’t really interact with. People think they can say whatever they want and they can! I’m sure she would be lovely if you saw her in person. She would probably be polite and she’s probably a fine mother. Women are sometimes so used to seeing hatred against women, that that’s where they’re comfortable.

Yeah maybe they wouldn’t even pick a target that would be a man because it doesn’t even occur to them. Victims are women. If I’m going to victimize someone who would it be? Oh obviously a woman, a younger woman. I feel sad for someone who takes time in their precious, precious life to seek out someone who is living their dreams and attack them for it.

I actually discovered that this woman is the sister to my boyfriend’s ex-wife. Maybe she thinks she is doing this to help her sister?

But that’s even sadder to me. To think that you could help your sister by cutting someone else down. That isn’t a great reflection on what you think about your sister – that she’s only going to be able to compete if the competition is chopped down. For example, the other day I was at a restaurant and I was eating by myself because, you know, I’m fucking confident. There was this group of three young girls gossiping and being cute. They were talking about different women and were like “she not that hot”. I wanted so badly to say “other women are not the enemy”. Women see each other as competition.

Well is that because that’s how men make us feel?

I don’t like to say anything more about men making us anything. That’s a victim consciousness perpetuation. It takes two to tango baby. We are lucky enough to be in a time now where women can follow their dreams and I don’t like to blame men. Men haven’t done this, we have done this, we humans. Part of healing is to stop blaming men. I hate the idea of the victim asking the oppressor for rights.

Thanks Abby, I might print this whole thing out on a tea towel and keep it handy.

What say you, reader? Let us know your opinion in the comments, but please try to refrain from slut-shaming. Love is the answer!

Healing without healthcare: A guide to Brooklyn’s botanicas

The state of American healthcare is up in the air, so now’s a good time to find your nearest botanica and consider investing in some alternative healing.