Each year during Labor Day the relative calm of Eastern Parkway erupts into music and color to celebrate the West Indian Day Parade. Revelers sporting glitter and elaborate feathered costumes dance down the stately avenue to reggae and soca beats, while spectators sip on nutcrackers and enjoy Caribbean eats served up by some of the sweetest Aunties Brooklyn has to offer. This year’s festivities took on a markedly political tone, with nearly every candidate for mayor and City Council making an appearance. Anthony Weiner seemed to affect a quasi-Jamaican accent as he attempted to rally the crowd, while Chuck Schumer won hearts and laughs with his query, “What’s the biggest island in the Caribbean? Brooklyn!” Despite overcast and rain, people came out for the revelry and the costumes, including us. 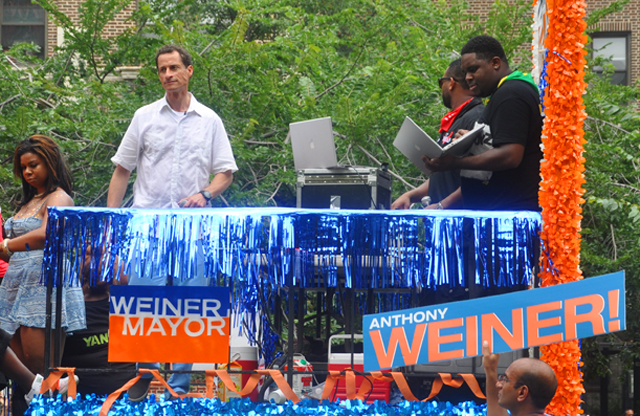 We’ve been following local artist Rusty Zimmerman’s Free Portrait Project for a while now, which involves him painting 200 portraits of his […]

Have a drink, write a letter and help save this Crown Heights community garden from going condo

Bars We Love: Get jazzy at Classon Social Club!