Residents of Crown Heights have been fighting for years to save a community garden between Rogers Avenue and Park Place from turning into another real estate monstrosity. They now have some political backers in the form of Rep. Diana Richardson and New York State Sen. Velmanette Montgomery, who have introduced legislation that would grant the Roger That Garden eminent domain to make it a park, and save it from development. It’s good to have political muscle, but it’s the voices of the people that politicians also needs to hear. You could email them, but it’s easy for anyone to ignore emails. What people can’t ignore, however, is a huge pile of letters arriving at their desks. Even if they all don’t get read, the group is hoping that the sheer size of the pile will likely grab the attention of state lawmakers.

So tomorrow night (Jan. 26) head down to the Two Saints bar to meet your fellow garden-lovers and have a letter-writing party. From 7-10pm grab some paper, a pen and a drink, and write an old-fashioned letter to state legislators, letting them know how much you’d rather have this garden than more condos in Crown Heights.

The land on which the garden stands on was brought by a developer who wants to, according to the people trying to save it, “illegally evict the garden through a lock-out.” In order to stop the developer from building  a condo building, the residents of Crown Heights are hoping that the city “invokes eminent domain and buys the property to preserve it as a Parks Department garden.”

The battle over the garden’s fate has gone back and forth over the years, but supporters say it’s an important resource for residents, school children and educators in Crown Heights, a neighborhood that has seen a lot of change in the past few years. Read more about how the garden got started here. Its plight was featured in the NY Times last week too.

If you can’t attend the letter-writing party, find out more ways to help here.

Two Saints is at 753 Nostrand Ave. between St. John’s and Lincoln.

We’ve been following local artist Rusty Zimmerman’s Free Portrait Project for a while now, which involves him painting 200 portraits of his […]

Bars We Love: Get jazzy at Classon Social Club! 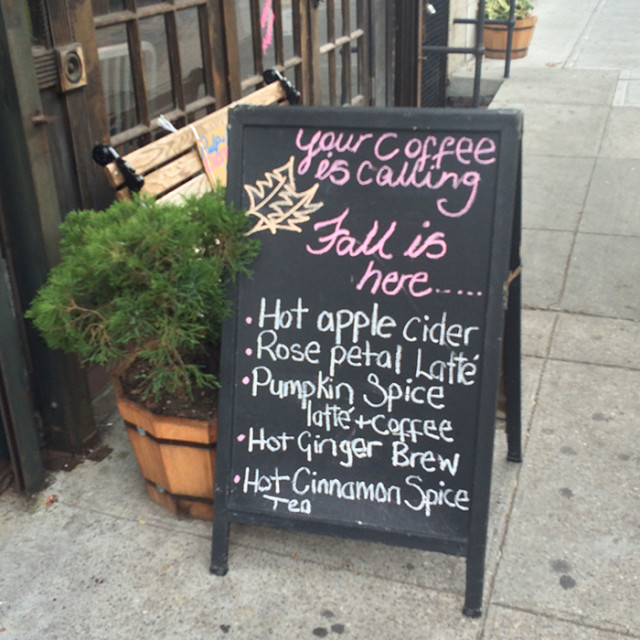 We fought it as long as we could, but it is officially, undeniably autumn. And with closed-toed shoes and denim-covered limbs comes […]