Okay I know there’s a lot going on right now, but we need to get something out of the way: the president of the United States of America, Donald J. Trump, went to Saudi Arabia, as presidents sometimes do. Also, he… participated in some kind of ceremony? He touched an orb? It all looked very villainous, honestly, probably because he’s kind of evil and also there’s a glowing orb involved. (Also he signed a $100 billion arms deal with the Saudi Government, which is currently waging war on Yemenis, so that’s no good).

Look, all I’m saying is maybe this Trump guy isn’t so great, and if Obama had touched an orb with Saudi leaders, Fox News would’ve never shut up about how sharia law is in our midst. Anyway. Did you know there’s been a sharp increase in protest activity over the past month? Keep up the good work!

GetOrganizedBK’s latest meeting will include a panel on reproductive rights, featuring Susannah Pasquantonio, who helped craft the NYS Reproductive Health Act; Dr. Linda Pine, a family physician, abortion provider, and medical director of Reproductive Health Access, and Adjoa Tetteh, a member of Planned Parenthood NYC’s board of directors. Afterwards everyone will break into smaller working group meetings. If you’re new to the organization or haven’t joined a working group yet, you can find more information about them here.

The New Kings Democrats are hosting several candidates running for City Council in the 35th, 41st, and 43rd districts in Brooklyn. Come hear from the candidates and make up your minds, and if you’re an NKD member, help decide who the group will endorse.

Poets Tara Sarath, Ricardo Thomas Manuel Hernandez, Terence Degnan, Jason Schneiderman, and Kazembe Balagun are performing at Starr Bar and, in their words, setting Trump on fire (metaphorically, anyway). Come enjoy a night of art, and have a drink or two. 10 percent of all drink proceeds benefit Mayday Space, a community hub where many of the events on this listing are held and planned.

Greenlight hosts a different nonprofit the last Monday of every month, with 20 percent of book sales directly benefitting a particular organization. This month it’s Make the Road New York’s turn. The organization provides education and legal and material support for New York’s immigrants, as well as for all working-class New Yorkers.

The Dakota Access Pipeline leaked 84 gallons of oil last month, and construction hasn’t even finished yet. On Tuesday, the NYC Banking Commission is meeting to approve the banks the city will use for the next 2 years, and Wells Fargo, a bank that funds the DAPL, is one of them. Protest the DAPL and the city’s (meaning the government’s, but also implicitly mine and yours) involvement with the pipeline. 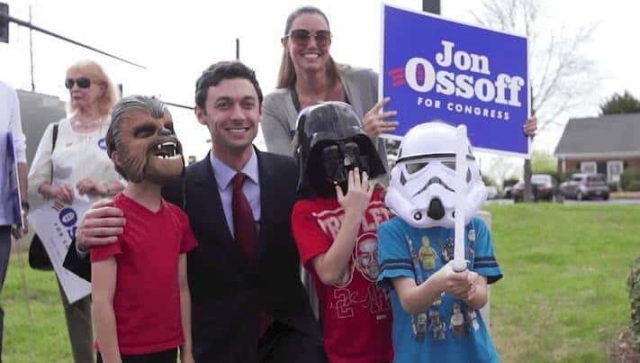 Make a donation to Jon Ossoff’s campaign, bring your receipt to the bar and enjoy drink specials all night. Ossoff is running for Congress in a special election in Georgia on June 20. If he wins, he’ll be replacing Tom Price, who left the House to serve as the Trump administration’s Secretary of Health and Human Services (in other words, he’s bad). Trump won 50 percent of the vote in Georgia, compared to Hillary’s 45 percent, so raising $$$ for Ossoff is imperative.

Trump may have entrusted Jared Kushner to bring peace to the Middle East, but it doesn’t seem like he’s the right person for the job. On Tuesday, educators from Kids4Peace International, an organization that connects Jewish, Christian, and Muslim youth in Jerusalem, will be speaking at the Brooklyn Center for Sacred Activism. Speakers include Colin Beavan, Kids4Peace organizer Michal Ner-David, and coordinator Montasser Amro. 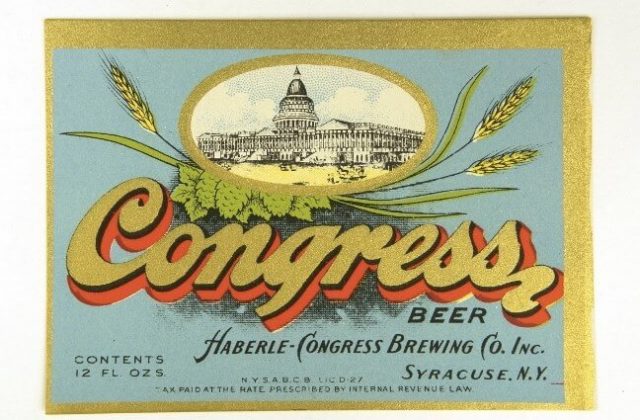 tbh sometimes you just need a drink. Have some beer, sign some letters to your representatives, and meet other activists at Indivisible BK’s happy hour at the Tiny Montgomery room at Threes Brewing. 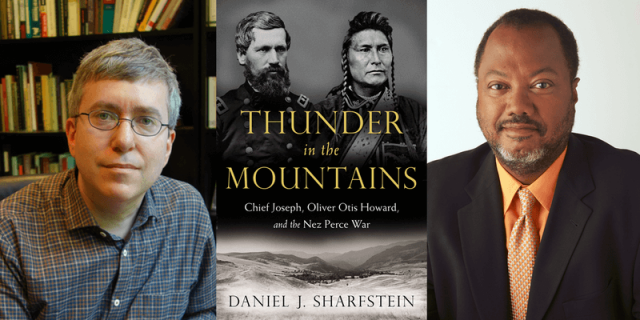 History is important, especially when the people leading the country know next to nothing about it (or want us to regress). Join the New York Times‘ Brent Staples and Daniel Sharfstein, author of Thunder in the Mountains: Chief Joseph, Oliver Otis Howard, and the Nez Perce War for a discussion of Sharfstein’s book, Reconstruction, and racial justice in America. Some background: Otis Howard was an abolitionist and civil rights organizer, but also waged a war against the Nez Perce tribe in the Pacific Northwest. 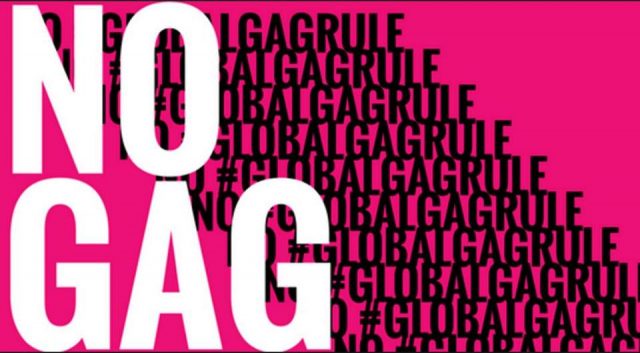 Trump’s global gag rule means organizations fighting cancer, HIV, Zika, Ebola, and other diseases around the world will have a more difficult time finding funding. Under the rule, organizations offer women abortion as a method of family planning will be barred from receiving federal funds. Protest this inhumane policy at Trump’s hotel, where people from around the world are putting money directly in his pockets (it’s a metaphor, okay). 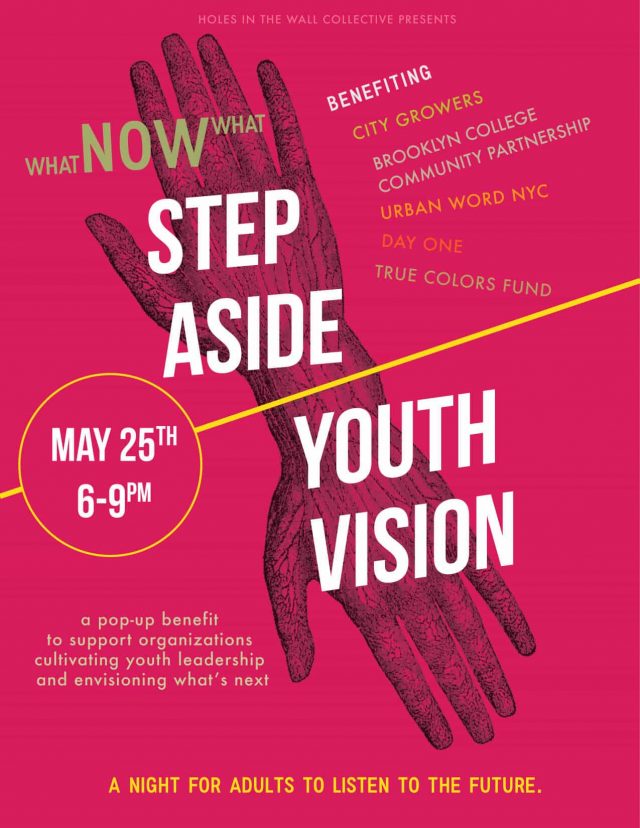 Transit Alternatives is working to make transportation more accessible for all New Yorkers, including pedestrians and cyclists. The activist committee’s meeting is a great way to get involved, and there’s usually a short bike ride afterward.

The readers at the latest installation of this monthly resistance-oriented reading series include Ashley P. Taylor, Holly Mitchell, Kyle Lucia Wu, and Liz Axelrod. Beer and wine will be on sale, and all donations and contributions benefit Mayday Space. 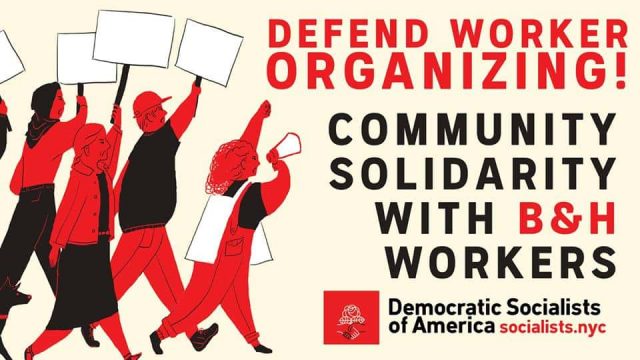 B&H isn’t great to their workers, especially their Latino workers, who were allegedly forced to use separate bathrooms, and black and Asian workers, who the company discriminated against in the hiring process. Now that they’re trying to unionize and negotiate a first union contract, B&H’s management is threatening to shut down the Brooklyn warehouse and relocate to New Jersey. Join the DSA, organizers from the Laundry Workers Center, and B&H employees for this protest on Friday afternoon. Wear red! 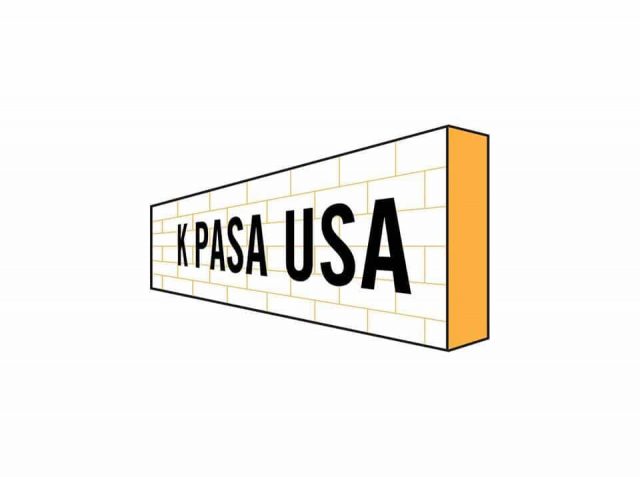 Performers at this fundraiser benefitting Make the Road New York include queer Mexican pop group K Pasa and La Neve, a drag performer from Providence. There will also be interactive sculpture and puppeteering by Poncili Creacion, a blood knife ritual by Pauli Cakes, and DJ sets.

The Center for Anti-Violence Education is leading this basic self defense training class on Saturday. In addition to teaching physical skills, the workshop involves building mind/body awareness, awareness of gender and race issues when intervening, how to report hate incidents, and more.

Activists, antifas, anarchists and anyone listed in combatting authoritarianism is welcome to this event. People will break into working groups, including the anti-doxxing group, emergency action group, press group, and more.

Featured artists at this multi-genre performance event include Angela Arrocha, Avram Finkelstein, Robin Marquis and Waqia Abdul-Kareem, Ashley Marinaccio. One of the works is Love in the Time of Trump, a spoof on Colombian author Gabriel Garcia Marquez’s Love in the Time of Cholera and, unfortunately, a show about our reality. And not to be a huge downer or anything, but the theme of the night is what happens when the world we know disappears.