When we talk about New York being an expensive place to live, we think in terms of things like housing, which is soon to only be affordable to the five richest seltzer barons in all the land, and food, which luckily is not an essential thing we need to live. We often overlook the money we’re saving by living in New York City: The lack of lawncare, of having to pay for home repairs because your super is (supposed to) fix everything, the gym memberships you don’t buy because everywhere you want to go is a 20 minute walk away and five flights up. One of the most obvious things that most of us save money on is cars, those one-ton metal Tamagotchis that demand constant attention, feeding and upkeep and endanger the lives of everyone around them. It’s been hard to quantify exactly how much not having a car saves you, until now.

A new study out this week from the Auto Insurance Center, an insurance information website, has figured it out: The average car commuter in America spends 42 hours — more than a whole workweek — in traffic. In New York, that translates into $1,7439 in lost cost of time/fuel/the will to live. Did you catch that, New Yorkers? You have a WHOLE EXTRA WORK WEEK and $1,700 extra dollars in your pocket every year just by not commuting by car. Yes, you have to subtract your Metrocard costs and subway delays and the fact that the L train is soon disappearing to the land of wind and ghosts, but think of it this way: would you rather be delayed in your car yelling furiously at stopped traffic while suffering through another morning zoo radio show, or gliding through a subway tunnel underneath all the traffic while devouring pages in the new Harry Potter book and maybe eating a bagel? So, how are you going to spend all this extra time?

The study is full of other depressing facts for the state of commuting in the rest of the country, including:

Not mentioned in the survey is the fact that biking to work is a great way to save money, get exercise and extend your precious outdoor time before the summer is over. 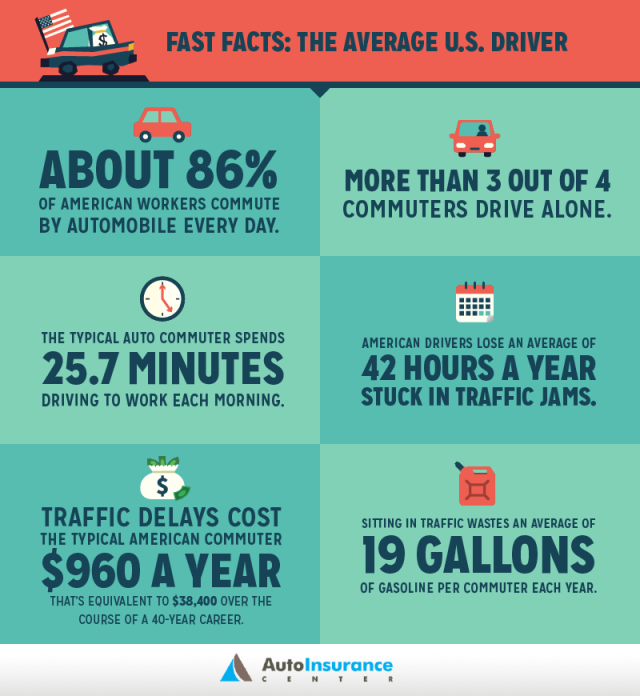 We have extolled the virtues of taking the subway over cars at length here, but suffice it to say cars are becoming an increasingly unwelcome, and dramatically inefficient, presence in this crowded city. Plenty of people have legitimate reasons to drive cars in New York, especially those in the outer boroughs without access to subways or busses. But for those who insist on driving into Manhattan, honking your horns in angry, futile protest at all the other people who insisted on driving into Manhattan, just know the rest of us are spending part of our 42 extra hours laughing at you. 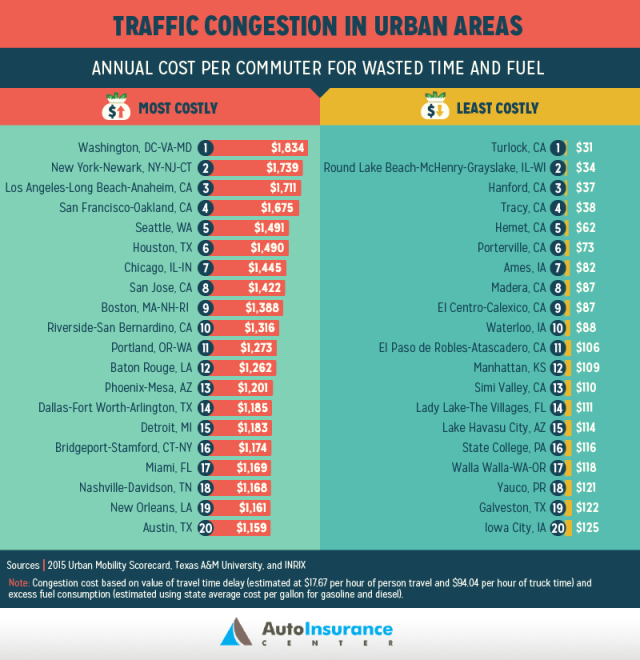 42 hours is a lot of time, $1,700 is a lot of money. What will you do with all your sudden riches of hours and gold? Tell us in the comments, we’re curious. Also if anyone else is reading the Harry Potter book on their subway commute, PLEASE TALK TO ME ABOUT IT I HAVE SO MANY FEELINGS.