The psychedelic, dream pop duo that is John Heart Jackie has survived every music related horror from music teachers telling them to quit to a stoned sound guy who almost blasted out their ears with feedback. They somehow found themselves staying for free in a presidential suite at a fancy hotel. Granted, it was a fancy hotel in Flagstaff, Ariz., but still. Also, neither members of this Portland-bred, Brooklyn-based is named John or Jackie.

Jennie Wayne and Peter M. Murray started music lessons at the tender age of 8 or 9. Peter, though, was encouraged by a teacher to quit altogether due to his lack of profundity on “Chopsticks”— luckily for us, he didn’t. Both of them played in other projects (solo for Jennie, Slow Fires for Peter) before they met through mutual friends in 2009; their musical partnership sprang from a single conversation about their favorite two-piece musical acts. Within six months, they had recorded an EP and were touring around the west coast. Now, they market their unique brand of psychedelic indie dream pop via their own record label, Pour Le Sport Recording Co, have their music readily available for listeners on Spotify, and travel the world playing original music.

I asked them what they thought was the best way for new musicians to meet their own bandmates .

“Gosh, I don’t know. Just go to shows and meet people. Participate in whatever scene is happening in your city! I think a lot comes from just participating in the world around you.”

Jennie says finding the right balance between bandmates is good for productivity.

“In my experience,” Jennie says, “the best bandmates complement one another. That might be in performance style, writing style, or just personal chemistry. In this band Peter and I have a good push/pull—that constant fluctuation allows us to compose songs that neither of us would create on our own.”

Since we’re Brokelyn, I always like to ask people how much it cost them to get started. Jennie says that you only need your instrument, whatever that is. Music can be made and performed anywhere and everywhere.

Though John Heart Jackie originated in Portland, Jennie and Peter are now based out of Brooklyn (Peter says his studio is based by the Navy Yard in Clinton Hill). Their first show was at a DIY house venue called the Spindle Room in Williamsburg circa July 2012, before they actually moved here. They found it through a friend who also played that night. Friends are important, especially musical friends, especially music friends who let you play for free and then ply you with white wine on a summer evening after your show.

Aside from the occasional cover (see When You Were Mine & Wild Heart), Jennie and Peter write all their own stuff. Their new record, Episodes, came out Jan. 22.

For the first few years of their collaboration, Jennie and Peter wrote music independently of one another. With Episodes, though, many of the songs were complete collaborations from the beginning. To write songs together completely, Peter says, pushed the boundaries of what they could do as a band.

When I asked them for advice on writing material for newer musicians, they both said to write what you feel, and to write a lot. Peter recommends reading Paul Zollo’s Songwriters on Songwriting, which contains in-depth interviews with everyone from Bob Dylan to Alanis Morissette.

I asked Jennie what her favorite/least favorite gig memory was.

“We once played a show in Arcata, Calif., a town known primarily for the copious amounts of weed that they grow there. We were there at the height of pot harvest so there were quite a few characters in town to assisting the farmers.  As you can probably imagine, the sound guy was so stoned that he would give Snoop Dogg a run for his money.  We don’t have a particularly complicated stage set up, but our stage monitors were howling with feedback, making it impossible to hear ourselves on stage. This poor guy was so out of his mind he couldn’t make it go away. It got so bad at a certain point we just stopped playing.”

Sometimes, though, you get really good perks for playing.

Peter says, “In Flagstaff, Arizona, we were given the presidential suite at this amazing old hotel that had been there for 150 years. It definitely wasn’t the Plaza but was still a hilarious and welcomed gesture after being on the road for a while.” I’m not sure how luxurious a hotel could possibly be in Flagstaff, but I’m sure it beats sleeping in your van. Maybe. 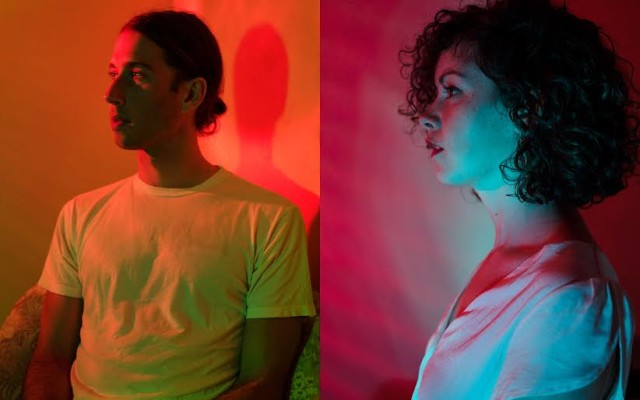 John Heart Jackie releases all their music through their own label, Pour Le Sport Recording Co. After meeting with a few other, bigger labels, they felt it was in their best interest to maintain control over their recordings. They put out all John Heart Jackie’s stuff, as well as Jennie’s solo albums and a few other smaller releases; plus Peter makes these rad mixtapes (listen here). You can find them on Spotify. Peter says that it’s definitely validating to see your album on Spotify, but that it’s probably even more exciting to see your music pressed to vinyl.

John Heart Jackie is rad, and you should listen to them if you haven’t already, using our handy dandy streams and links and things. Make sure to follow them on Facebook to keep up with shows and new music.

To pitch us artists for Musicians Talk Making It, email us: [email protected]