Despite our best efforts, summer has ended. In some readers’ heads, the images of crisp leaves and light chills are already bringing them dreamily to the magical time of fall in New York. In foodie heads, however, people are just wondering what restaurants opening up this season will be worth a damn. Have no fear, fellow calloused gastronomes (small people who pay $30 for wines?), Brokelyn would never leave its readers with the fear that someone in your social circle would know more about the newest, coolest restaurants in the borough than you do. So, without further ado, here is what’s on the menu for new offerings opening soon that are worth your money: 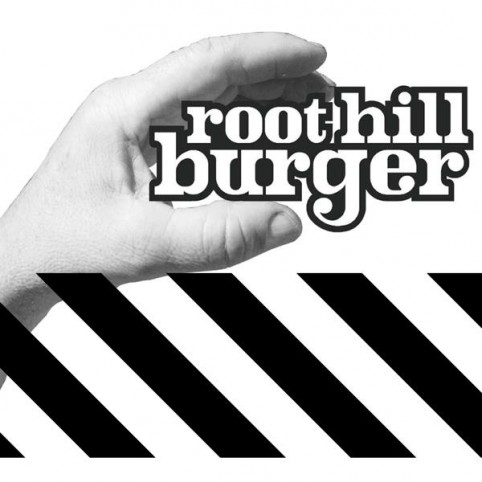 1. Root Hill Burger (corner of Carroll St and Fourth Ave, Gowanus)
Root Hill Burger, fighting for a fall opening, is an offshoot of Root Hill Café nearby, which serves sandwiches and gourmet coffee. This burger joint, however, will be all about the patties; chef Cali Rivera will be at the helm after putting in time in such establishments as Prune, Seersucker, and Gramercy Tavern. While they seem to be looking to start some of that sweet chain action, they are firmly holding onto the stance of “quality first”, and knowing their neighbors, nothing less is gonna fly. Expect to be paying around $8-12 for a burger, though, because no good deed comes without a price. Expected to open soon.

2. Yet-to-be-named Scandinavian restaurant
In case you didn’t know, Scandinavian food is in right now, which means that the new restaurant in the works from Eamon Rockey (one of the weirdos from Atera who has cut teeth at Eleven Madison Park) and Fredrik Berselius of Frej, should do just fine. The official landing pad has yet to be designated, but this duo is looking to bring Girl-With-Dragon-Tattoo-esque food to Brooklyn along with a Scandinavian-inspired cocktail list that is promised to blow us all away and leave unwanted tattoos on our chests.

3. Red Gravy (151 Atlantic Ave, Brooklyn)
Saul Bolton (of the restaurant Saul, which I don’t think is a coincidence), has had one of the longest drumrolls in Brooklyn playing for over a year now in anticipation of his new Southern Italian joint, Red Gravy. The menu will seemingly be focused on more home-y Italian classic revamped for the new Brooklyn foodie elite, but as far as the official website goes, everything is remaining very tight-lipped.

4. Fatty ‘Cue (91 S. 6th St, Williamsburg)
I want to take you back on a journey: remember the carefree days of 2010? When we were all roaming around Bedford Avenue, laughing at hipsters and sipping from large foam Turkey’s Nest cups? I know, it seems like a million years ago, but do you remember what the first (and sometimes last) stop of the night was? That’s right, Fatty ‘Cue, the loved and hated Brooklyn Thai-Southern Barbeque landmark. Well, it’s back from a short (and possibly health-department-mandated) vacation, and they’re looking to take back their turf. They should be opening up with all the gusto of before, and all of the signature madness with fish sauce ribs. Supposedly this new version of the classic will be more upscale and refined, but knowing the Fatty Crew, I’ll believe it when I see it.

5. The Pines (284 Third Ave, Gowanus)
What’s the one thing hipper than going to the new Gowanus hotspot Littleneck and enjoying the regional American seafood? Why, cruising by those lame-asses eating at Littleneck to check out their even-newer new hotterspot The Pines and laughing about how behind they are. The chef from blink-and-you-missed-it Williamsburg darling Masten Lake is teaming up with the Littleneckers to bring all of the hipness that Littleneck brought to seafood to … landfood? They’ve got rotating pastas (around $16-18) and cuts of meat ($24-31) along with various noshables that range from cheese to prosciutto to testa (that’s the head bits!). Open now.

6. Runner and Stone (285 Third Ave, Gowanus)
In case you haven’t heard of Runner and Stone, drop everything you’re doing now and head out to Smorgasburg (I know it isn’t the weekend yet, but just get out there and … wait, or something). The flea market favorites have paid their dues shelling out high-quality baked goods to the browsing Billyburgers and have finally gotten the cash to open up their own place, which will incorporate baking from Peter Endriss (holy crap, he worked at Per Se?!) and savory meals Chris Pizzulli, of the Blue Ribbon family, which will include house-made pastas and sandwiches. This would be one of the few restaurants where filling up on bread will be fully encouraged. Expected to open soon. 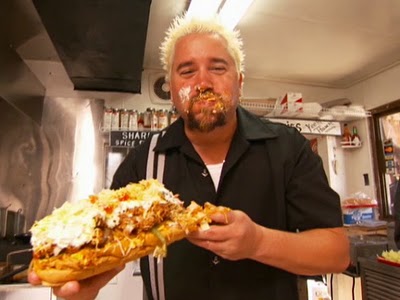 7. Guy’s American Kitchen and Bar (220 W 44th St., Manhattan)
Because some people come to town asking for you to show them around and you hate them.

8. Bonus Bar! The Royal Palms (514 Union St, Gowanus)
Yes, that’s right, The Royal Palms is finally on its way! After months of “will they, won’t they” tension between The Palms and that damn Community Board 6, Ashley Albert and Jonathan Schnapp have finally gotten permission to start their shuffleboard xanadu. Beyond the esoteric old-timey games (thank god, I was getting so bored of bocce at Union Hall), the Palms plans to have a rooftop bar and a concert venue, so rejoice! When dressing like an old man just isn’t enough, you can have his favorite pastime (besides overt racism) too! Expected to open in early 2013.