Characters from near and far (Jersey) gathered Tuesday afternoon at St. Paul the Apostle Church in Hell’s Kitchen fabricating a beautiful contrasting scene of edgy aesthetics to a Catholic backdrop. However, they were not coming to find religion. Instead, close to 400 punks, rockers, metalheads, Warhol geeks, hippies, cross colours and disco enthusiasts adorned the church steps in hopes of being featured in HBO’s upcoming rock and roll drama.

The drama, backed by big hitters including Martin Scorsese, Mick Jagger, Terence Winter and George Mastras, will follow the life of Richie Finestra (Bobby Cannavale) who was Head of A&R for American Century Music in the late 70s. The period drama follows Finestra through exploits of the drug/sex-fueled music scene in NYC, as he attempts make a career in finding the next biggest sound in a time and place that fostered a sonic myriad of post-disco, angst-y punk, thriving rock and roll and emerging hip-hop. Between the big names and the era that’s still capturing imaginations, it’s obvious to see why people would be excited about the project and eager to be a part of the series, even if that means just being a background fixture. 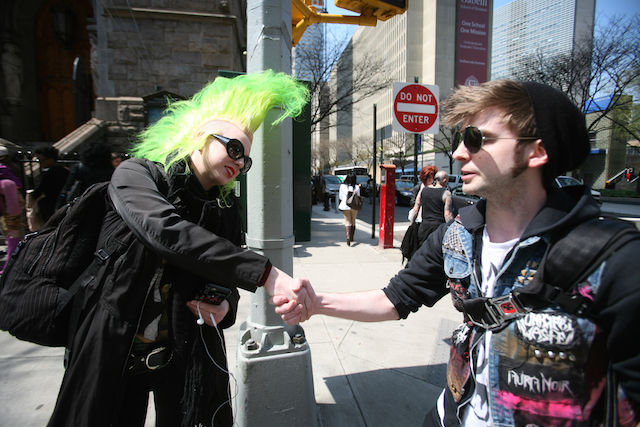 Arriving on the scene, the vibe was surprisingly relaxed. One would think that a river of leather duds and defiant hair would be unsociable; but instead friendship was blooming in the line, with hopefuls comparing and chatting about their facial piercings, eye liner and selection expectations. I, sadly, had never felt like more of a basic bae, in my drab ensemble courtesy of the Gap. 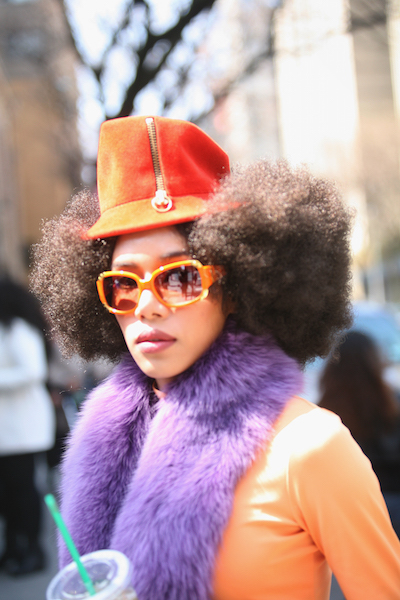 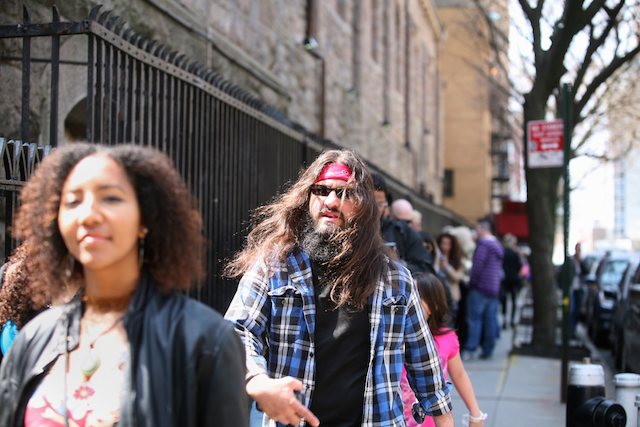 Still, even dressed in Gap, everyone was open to chat with me, with the general sentiment being one of pride about how they acquired their outfits, stemming from the fact most people I spoke with admitted to dressing like this day-to-day. 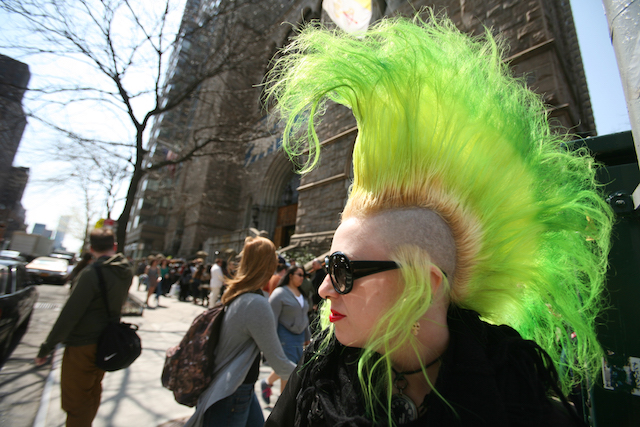 Potential extras weren’t put off by the time it would take to get ready, nor by distance they had to travel to make it. Antoinette Johnson said she invested a mere 1.5 hours into her green mohawk. The pre-school teacher and hairstylist says one of her usual hairdos is a three piece fanhawk that takes close to three hours to style. Naturally she tones down the look when working with the children.

Kelly Legault, a full-time actress and model from Washington Heights, arrived at 9am to the 1pm (first in line) for the non-union casting. This is not her first rodeo, as she told us she’s graced the sets of Gotham and White Collar. She pieced together ripped clothes, fishnet pantyhose and mohawking her beautiful blonde hair to look the part. 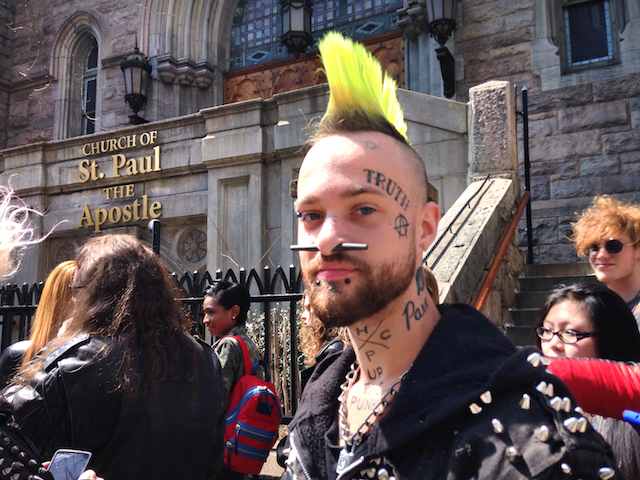 Taylor Bates, hailing from the Bronx, assured me that every  tat, metal stud and that incredible septum piercing in cloth is 100% authentic. This is him and he is a vision. “UP THE PUNKS” is etched in his clavicle and along with “Oi!” on his hand. I had to abandon any preconceived notions about the look and who wears it when Bates explained how he was a stay-at-home dad and comes to casting calls just for fun. Ovaries, be still.

This casting call didn’t just attract youngsters. Angel B. heard about the call through Brokelyn (woop woop) and as a Rutger’s professor and mother of two, she humors her theatre background by attending these casting calls. She explained that she doesn’t always wear her cutoff shorts with ripped tights, because she is a professional educator for God’s sake, but the blue hair is a permanent accessory.

These photos just scratch the surface though. Click on for a whole gallery of mohawks, spikes, studded leather and bright hair that showed that at least for a day, punk wasn’t dead.