It’s Donald Trump’s birthday this week, but honestly, who cares? Personally, I’m hoping that the universe delivers us a birthday gift in the form of the much-discussed pee tapes, which were kind of the elephant in the room at former FBI Director James Comey’s testimony last week (he called them “salacious” and “unverified”). Even if the pee tapes aren’t real (they are, though), they give me the strength to continue on another day, and for that I thank them. 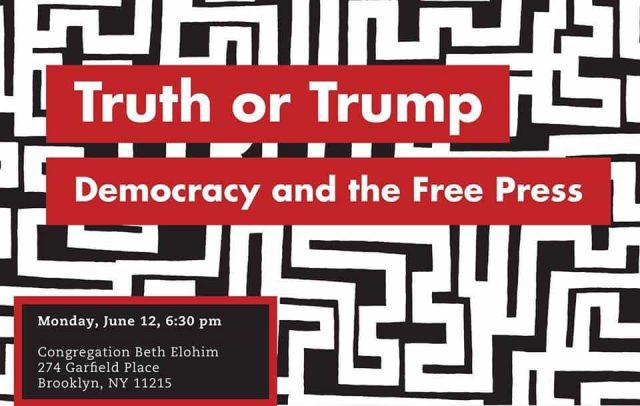 GetOrganizedBK’s latest meeting focuses on fake news, the First Amendment, and freedom of the press. At 8pm, everyone will break into smaller working group meetings. If you’re new to the organization or haven’t joined a working group yet, you can find more information about them here. 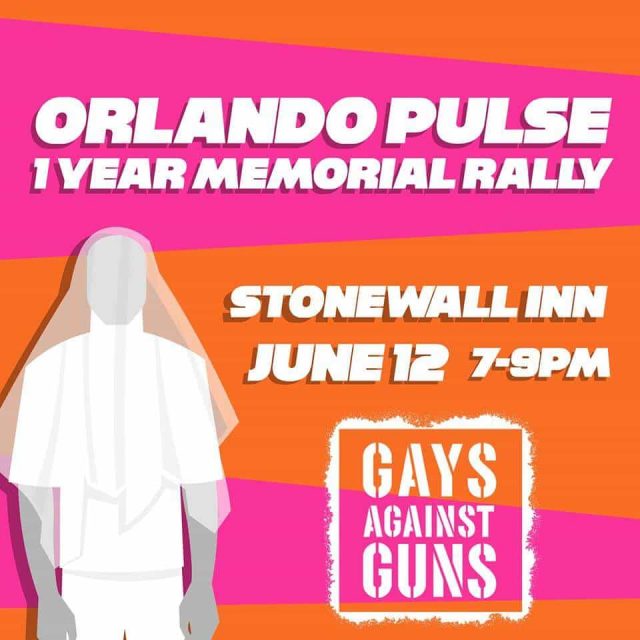 Gays Against Guns and 20 LGBTQ clubs and bars organized this rally to memorialize the anniversary of the Pulse shooting in Orlando, Florida, which left 49 mostly LGBTQ and Latinx victims dead and dozens more injured last year. Keinon Carter, a Pulse survivor, will be in attendance, as well as the Lavender Light Gospel Choir, the Passing Notes youth a capella group, and Aaron Paul. Organizers are asking attendees to wear black. 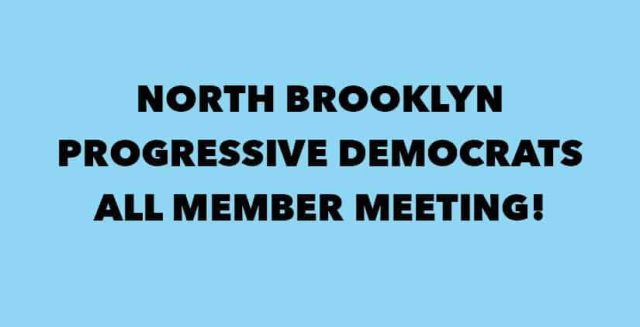 The North Brooklyn Progressive Democrats chose their endorsements for the City Council and District Attorney elections at their last meeting, and this month they’ll be discussing petitioning, as well as updates from their Outreach and Local Issues working groups before ending the night with some karaoke.

The Center for Anti-Violence Education is leading this bystander intervention training session, where attendees will learn how to respond to harassment and hate crimes. The session is offered during the second half of GetOrganizedBK’s second meeting, but it’s capped at 40 people so make sure to arrive early to sign up. 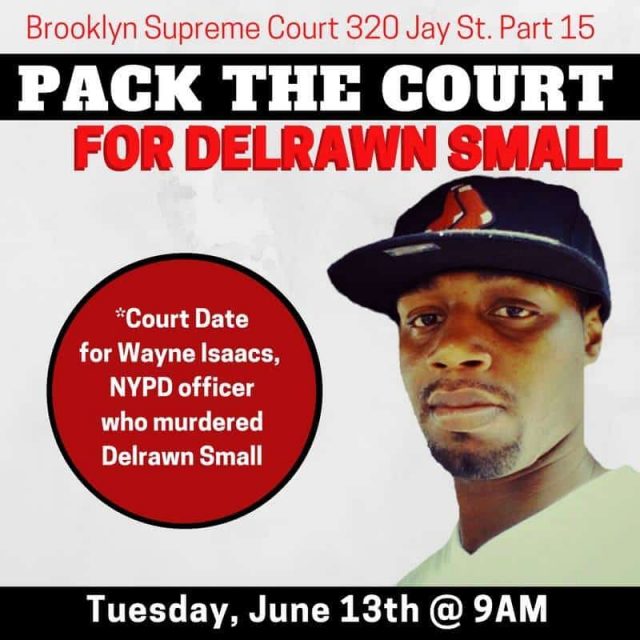 Delrawn Small was murdered by NYPD officer Wayne Isaacs on July 4, 2016. Isaacs was indicted on murder and manslaughter charges, but the case against him is ongoing. Small’s family will be at this latest hearing, and they’re asking people to come in support of their son. Anyone interested in attending should come between 9 and 9:30am in order to have time to go through security.

Before the internet and social media, activists had to find other ways to spread their message, and they used the streets as a public forum. This panel discussion, featuring speakers Seth Tobocman, Anton van Dalen, Kristin Reed and Jerry Wade, focuses on that time in the city’s history.

Care for the Homeless and Long Island University’s MPA program are co-hosting this series of panels addressing homelessness and housing policy in the city. Panelists will discuss topics including affordable housing and the barriers that exist for undocumented immigrants and those living in poverty. The event will last all day, is open to the public, and includes a light breakfast reception and lunch keynote address. 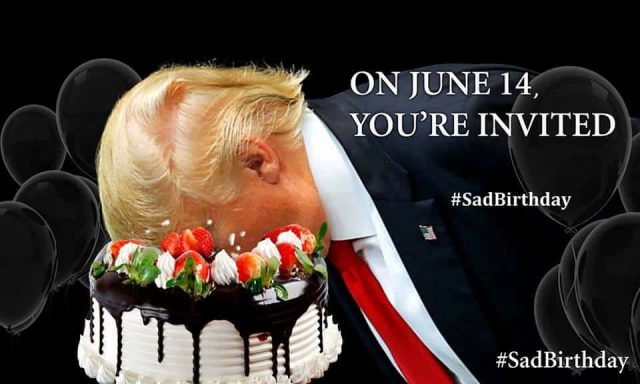 Rise & Resist organized a special protest for the commander-in-chief’s birthday outside of his gold-plated luxury tower. Protesters are meeting at the Trump hotel on Columbus Circle and marching to Trump Tower on 5th Ave. Bring megaphones and signs! 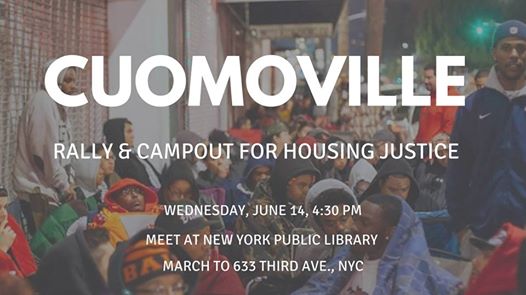 Protesters are camping out in front of Cuomo’s office to demand that he stop prioritizing landlords over tenants and build affordable housing. They’ll be marching from the New York Public Library near Bryant Park to his office, where they’ll set up camp. If you plan on camping out, be sure to bring everything you need for an overnight stay, including blankets and food.

Representative from Physicians for a National Health Program and No IDC NY will be discussing the proposed healthcare act and the allegedly independent coalition of elected Democrats that caucus with Republicans. A PNHP spokesperson will be speaking from 6 to 6:45pm, followed by a Q&A and a discussion led by No IDC NY spokesperson Seth Pollack until 7:15

Speaking of the IDC, they aren’t great. Protesters are gathering outside Cuomo’s office (again) to protest the Governor’s support of the group, which has basically prided itself on getting in the way of actual progress and siding with Republicans over Democrats.

Upstander workshops are designed to help you intervene in (potentially) violent situations. This workshop, led by the Center for Anti-Violence Education, will help you stop and deescalate any instances of harassment you witness. Childcare will be provided, and a $5 – $10 donation is suggested, though no one will be turned away for lack of funds. 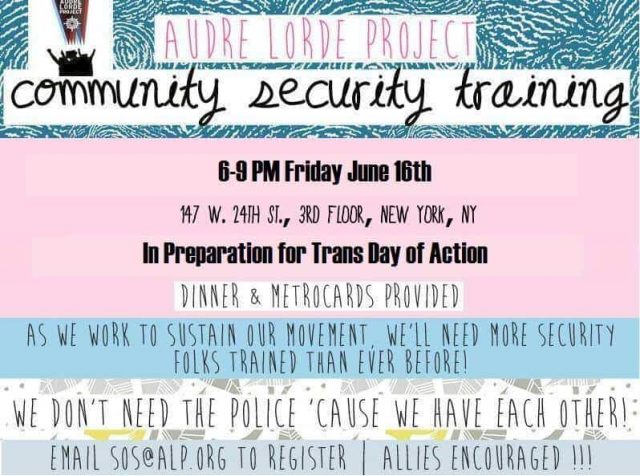 The Audre Lorde Project is training people for its Self Determined Community Safety Team for the Trans Day of Action. The group is essentially training marshals who will serve as a buffer between the protesters and the NYPD and/or hecklers. Dinner and MetroCards will be provided!

Several organizations are hosting this day-long block party, including a free yoga class, activities for kids, and demonstrations on green living, a composting workshop, and a lot more.

Women Ban the Bomb are marching against nuclear weapons this weekend. Their event kicks off with a rally at Dag Hammarskjold Plaza from 12:30 to 4pm, followed by a march. 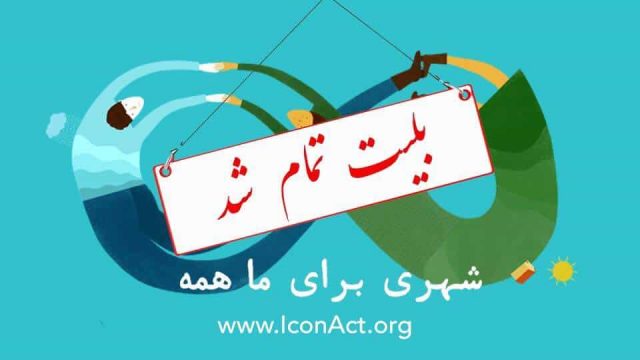 Several Iranian musicians are performing at this event, including Mohsen Namjoo and Yahya Alkhansa. The event is public and free, but spots are limited, so be sure to RSVP so you can be added to the waiting list!